Not in the news: "The UK Government has been at the forefront of international efforts to help the people of Pakistan survive the devastation wrought by the floods.  Last week Andrew Mitchell announced that the Department for International Development (DFID) would increase its contribution to 134m, helping to rebuild the country in the long-term." - source DFID

My first thought is that this is all very well but what about us?  Maybe they should concentrate on rebuilding the UK in the long-term.  It seems to me that at the end of the day our own government doesn't give a damn about THIS country.  It really angers me and depresses me to hear how they spend money helping others when there are so many here in need of help.  People need to know where their money is going as opposed to where the country is having to cut back.  Does our "generous" government stop the press from telling us about all this foreign aid in case there's public outcry? 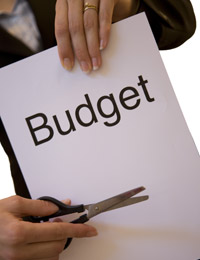 Also not in the news: the Government has pledged another 33 million pounds to Uganda over the next 5 years.  (source DFID) Personally I think that the employee's within the health service could do with it now rather than losing their jobs don't you?  How about all those schools (our schools) that are in urgent need of modernisation.  No hang on, they've still got those shabby old portacabins so they'll be all right!

And finally, In Africa, a child dies from this disease this easily preventable disease every 45 seconds."  ...  "The new UK commitment will be backed by an increase in funding to as much as 500 million per year by 2014 from current spending of about 150 million." - source DFID

charity begins at home (or at least it should)

Am I missing something here or does it seem that someone has their priorities all wrong?  Surely we should resist the temptation to hand out wads of cash to "needy" foreign causes left right and centre, particularly as we are not in great financial shape ourselves at this moment in time.  There's hardly a day goes by at the moment where you don't hear about spending cuts in the news.  In my opinion the mess at home needs to be sorted out before lending a hand to our neighbours!  As they say, charity begins at home (or at least it should).

You are wrong since problems are global not national and global poverty and underdevelopment is driving many social and crucially environmental problems. Don't listen to the right wing media , UK aid and EU aid is well spent. One recent example is in Ethiopia. Ethiopia is a strongly developing economy.
UK aid is directed at protecting its ecology and allowing cultural diversity to develop. The hard line Chinese style development model used by the government has been successful , it is prospering but at the expense of Ethiopian culture. Thus the use of UK aid to develop a softer culture side was highly successful
23/09/17 tigerdarwin
-2

yes, it should begin at home, but foreigners are far more exciting. It puts me in mind of the inadequate families on sink estates who neglect their own children whilst buying Easter eggs and presents for the neighbours children in order to show off how 'nice' they are.
20/09/17 Sicktodeath
0

Why on earth should David Cameron try living rough on the streets of London when he has all the morons that voted him into power being forced to do just that, and that's after his party has wrecked their lives. And as to the suggestion that he should spend more on looking after the interests of the British, if you wish to be a big boy, you must play with the other big boys all over the world to stay in the big boys gang.
26/11/13 Jethro
2

nah nah nah London's streets are too warm. Send him to sleep rough on the streets of Inverness. lol
26/11/13 Nick
0

I would like David Cameron to live rough on the streets of London and experience t real life over here with regards to having no money or opportunities. Perhaps he would stop wasting our money on wars, and foreign aid and start spending money on rebuilding Britain and looking after us.
26/11/13 Daisy
-1

yeah this country is already in huge debt! wot's the point of throwing your cash at another country 10000 miles away while your own people cannot even afford to put the heating on?
13/11/13 Dave
2

I am getting tired of paying taxes that are wasted on fighting other countries' wars, propping up the Eurozone, providing housing for asylum seekers and sending aid overseas. On top of that, I get routinely stopped in the street to give even more. Most of these charity workers are not volunteers as they would have you believe, they earn around Â£19,000 a year for pestering people.

Going back to other countries - why can't countries in trouble regions help out neighbouring countries? Could they not fight wars on behalf of their neighbours? Or give aid? Why are WE sending soldiers and money to the other side of the world? We're not exactly in good shape ourselves.
12/11/13 Puzzled
4

Agreed. I mean wot the fook does the UK have to do with Burma for example? And wot's the point of forcing your own people to choose between heating and eating while dishing out heaps of cash to Africa and the Far East?
06/11/13 Nick
-3

I remember reading of the Scottish-American industrialist Andrew Carniegie, whom the Carniege Hall in New York was named for, who said and I quote: " Of every 1000 dollars given in so-called welfare, 950 would be best off thrown into the sea. It will not do to teach the sober and industrious man that there is another way than hard work by which his wants can be supplied. The truly deserving seldom ask for welfare and the truly great men seldom need it"
As true as ever.
This was referring mainly to the working classes in the USA rather than foreign aid but it's just a bigger scale in some cases really.
I'm not saying that charities that help the really destitute of the world's poor shouldn't exist but that money shouldn't just be signed over from taxpayers to the countries who've already shown they will not use it properly. Encourage trade and industry where possible so you're giving them jobs instead. Buy a homeless man a burger and a coke if he says he's hungry, don't just hand him a fiver.
13/07/13 ahforfoulkessake
1

A lot of charity giving seems to be more about assuaging guilt - whether individual or group, as opposed to actually believing in the cause.

There is Government money available and we are all being fed lies as the Government always wants its people to pay as much as possible for things rather than diverting other budgets they have ownership of.

It is very shortsighted to spend ridiculous amounts in foreign aid in times like these. Money is not always the answer. I think the teachers and condoms point is a very good one!!
10/08/11 Soothsayer
1

I'm changing my mind somewhat about foreign aid. I was all in-favour, but really what does it do overall except encourage more 'welfare dependency' but on an international scale. I think foreign aid is important in emergencies, but it should very much be used to encourage self-sufficiency. Of more concern to me is the 'foreign aid' that essentially results when someone from the EU can come to the UK and claim child benefit for their children who are still in their country of origin. What a crazy, unfair situation is that? I feel as if I'm living in a country with no borders; that I am being financially 'scammed'; and that UK governments are essentially powerless to do anything about it. It's all very well for Cameron to increase foreign aid as he is doing, but does he really have a mandate to do it? Does he care? It is time we abandoned the main 3 political parties and start looking very seriously to placing our votes elsewhere. They are failing us on a massive scale!
16/06/11 miserablemoaninggit
-5

If you were to donate every single coin and banknote, of every denomination of the world and donate it all as foreign aid. It would never be enough.

It's like giving strawberries to a donkey. A bottomless pit and this is just the way it is.

As always, throwing a lot of money at bad as this seems to be the constant application. How about flying a few teachers in, armed with bin liners of condoms!?
15/06/11 Oh Lordy!
-2

Yet again we give more overseas aid £800 million 13 June 2011 (vaccines). The only result will be an increase in the recipient countries population and yet more death from starvation in the future.
Does not charity begin at home?
My kids’ playstation has broken and their mobile phones are almost a year old!
13/06/11 Mad Alice
-6

Any number greater than zero is too much money spent on foreign aid, not to mention the money wasted on dubious & expensive wars.
The UK is bankrupt and it is time our dross politicians started behaving in a responsible manner.
12/06/11 J man
-1

We, the following, would also like to sign the letter from our beloved brother Yuweri Museveni and to express our sincere wishes and gratitude for the money you have sent us which we have squandered on profligate lifestyles rather than improving lifes for our people, most of whom whom live in abject misery and poverty