More and more television programmes are doing it and I am getting more and more frustrated.  'Coming Up' - It's a phrase that most television presenters have to use at the start of their program or just before the commercial break.  Just hearing those words now sets my nerves on edge.  It's a signal that the program you have sat down to watch is about to be ruined because they are going to show clips of what will be in the program.

Can anyone please tell me why they do it?  Whenever I mention this to someone, they also invariably agree that it is really annoying.  I guess somebody out there must like programmes to be presented in this way... why else would they do it?

The programme 'I'm a Celebrity get me out of here' is a prime example of this kind of thing.  They'll show you the best bits at the start and then they will screen one of the challenges, but will immediately spoil and kill any tension by showing clips of what's going to happen and then go into a commercial break.  After the break they start the screening of the challenge from the very beginning.  I cannot relax at all while watching this programme as I have to keep leaving the room so I don't hear them spoiling it for me.  More often than not it's too late and they've already spoiled it though.

I think I may have to give up watching these types of programs and ITV will lose me as a viewer.  That means all the advertisers who pay huge sums of money to place adverts during the break will lose out as well because I've already left the room and won't see any of them.  I'm sure I'm not the only one!

What makes me mad is that the TV producers, Editors, or whoever show absolutely no respect for the loyal viewer, i.e. me!  'I'm a Celebrity...' has been on for years and everyone must know by now what it is about.  Are they using this spoiling tactic to keep me from changing channels?  Do they think my attention span lasts no longer than 5 minutes or are they hoping that a 'channel hop has just tuned in and this mini montage of what's 'Coming Up' is going to make them stay?  I really hope they are not pandering to the channel hopper, because there must be more loyal viewers than hoppers.

Now, some programs are presented fantastically and are a joy to watch.  Grand Designs being one of them. Kevin McCloud just does a monologue to the camera saying what we can expect, but no clips are shown.  I can safely sit down for an hour (including adverts!), relax and watch it all.  I am treated like a loyal adult. 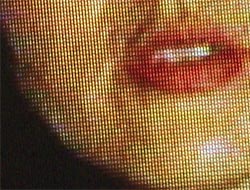 Now, that brings me to the BBC...  Why on earth do they also employ the 'Coming Up' tactic when there are no adverts getting in the way? Half way through Dragons Den, we get the 'Coming Up' thing and of course the clips.  Even the latest series of Bargain Hunt, which has been going a zillion years and must have a huge daily loyal band of viewers, have changed the format and show clips of what going to happen at the start.

I could go on and on mentioning loads of programs, but what I really want is to see lots of comments from people saying what they think.  It may just be a trivial thing to most, but to me its really affecting my nerves.  But most of all I would like to here the actual reason why they do it!

It's akin to reading a book but looking at the end first to see who dunnit!

So annoying, I suppose like most things it originates in the USA and we copy? I usually resort to moving up a channel for the first two minutes before returning to watch the program.
12/03/18 Haitch
6

Get your own back. And make their lives a misery. I want you all to send a letter to this morning program and address it to holly and Phil. Telling them that they are being used as puppets.there bosses say jump and holly and Phil say how high. Every five minutes saying do you want to
this and how easy it is. The program has become so boring and pathetic. So keep sending those letters every week. They will take notice eventually. P.s get your m.p to talk in the house of commons
06/11/15 the equilibrium
7

On SKY+ I've even noticed once or twice that the "Coming up next" has been spoken out loud while one of my programs is still on! And if (like me) after you've seen a particular film (in my case TRON: LEGACY) when the end credits and music starts, you want to hear the end music.... but instead the music is turned down and a woman's voice starts talking about what other films are coming on!!!
01/02/14 Des
3

A.D.D. TV, it simply spoils an otherwise good program, as soon I as see "coming up" I replace it with "F***ing off". This last year or so, if it's a program I really want to see I will use "another medium" and simply skip anything that is basically insulting me. If I cant get it another way then I usually find fingers in ears and close the eyes and count off 10 secs will pass it comfortably.

The trouble is, we as a viewing public are locked into whatever they throw at us, they know we will endure something we want to watch so pandering to the "the man who mistook his wife for a hat" won't hurt them, they know they have the core viewers regardless.
24/11/13 ADDTV
4

"They've also been doing this on Watchdog for a while now"

Even more inexplicable from a BBC programme - the constant "coming up's" are, I'd concur, to keep people on a channel despite (yet another) advert break, but on the BBC where there are none it makes zero sense at all.

'Coming up' is pitiful TV. They've also been doing this on Watchdog for a while now. Why? It would seem the view is that people's attention span is a 4-5 minutes so they have to keep feeding a diet of what's up next.

Let's face it, television today is largely for unwashed masses who live on diet coke and burgers then wonder why they're fat, pimply and find it an effort to reach the remote 3 feet away.
10/07/13 Alien 3
3

I am getting sick of more and more programmes doing this, now even time team on channel 4 is showing what's 'coming up' and spoiling the unknown element by showing the best bits, also I am sick of the news or other 'morning programmes' talking about the previous nights TV when the majority of people nowadays record to watch later eg. The Apprentice, they should at least warn us first.
14/04/12 Maverick
4

the force - coming up.

All the same. Anyone think of anymore?

the force - coming up.

All the same. Anyone think of anymore?

Virtually every bloody show now - why does all the media believe they are catering for morons?

Simple, to reduce the amount of content they show, or "padding". With this and longer and longer advert breaks it amounts to cheaper. As if most of the shows could be much cheaper as it is, i.e. most if not all of ITV's crap.

It is really annoying though. How short an attention span are they catering for? Hmmm, might have answered my own question. ;-)
29/12/10 Dave
4

Answer - buy a PVR, start it at the beginning of the programme, PAUSE it, go off and do something more interesting for 20 minutes. Come back with a nice cuppa, start playback, and skip past all the cr@p.....
11/06/10 TonyF
7