Have you ever called the Tax Office about a refund?  Try it sometime and you will be bombarded with many options and numbers to press.  Each time, the rather smarmy and superior female voice tries to direct you to their website.

Tax Office - on hold waiting in a queue...

Yes, I do understand that the tax office want us to do all their work for them and can't be bothered to talk to us, thereby delaying our refund but still, it does get frustrating.  It could be that you are away from the office, don't have access to the Internet or just want to query something that is a bit complex and isn't covered on the website.  It would just be nice to have the choice to talk to an advisor, especially when you are paying for the call!

As I type this, it has been 17 minutes since I began the call to the Tax Office.  I have been sent round in circles, passed from number to number and am still waiting to speak with an actual human being.  I have been told that I am in a queue, the advisors are experiencing an extremely busy period.  Really?  I don't understand why though, because it's 11.24 am on a Friday morning, why is it so busy?. 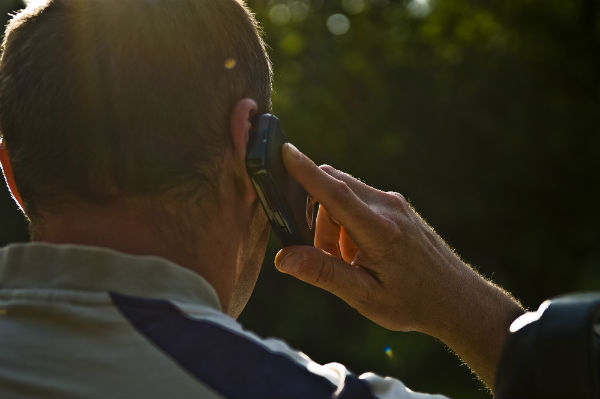 I can't help thinking that if it is so difficult to get hold of someone, then why don't they employ more advisors to share the workload?  Surely that would also help the unemployment problem in this country and more importantly, those of us who NEED to contact the Tax Office would ACTUALLY be able to.  Even more annoying us the fact that this is a government department that is funded by the taxpayer to take a good proportion of our hard-earned money!

I am still waiting...  It has been nearly half an hour now and I'm on my mobile, which is costing quite a lot as I am on a 'pay as you go'.  Do you have similar problems getting in touch with civil servants (not much serving going on) or is it just me?  Thanks for listening - I feel better.  And it's time to hang up and get on with my life.

I just had to fill in an online form with HMRC for our company to be paid gross and pay tax at the end of the year, instead of payments being taxed at source.

To start with it was very difficult to find; you know how you get instructions to go to a particular section of a website and choose "x" but then you find there is no "x" to choose? Yeah.

I found it eventually, to be warned to have all the info I needed before I started. Was there a list of info needed? No.

You can't save it part way and you can't fill it in by hand; you have to do it all in one go online. Very convenient.

Company number? Filled in exactly as it is on form from Companies House, "not valid". It should have 8 digits, not 7. Found out from a website which searches company details that I had to put a zero on the front. Why didn't it say so on the form?

Provide "verification" numbers from companies which have paid us. They are not obliged to provide this if tax is at standard rate, so I might not have had any; but fortunately some companies are very thorough and provide it anyway.

Anyway, I got it done in the end!

I have had cause to ring the self-assessment helpline three times in the last couple of weeks for help with a complicated matter related to income in several countries. I found the hold time to be less than 5 minutes and the people I spoke to not just efficient and knowledgeable but also friendly and polite. Credit where it's due.

I used to pay a tax accountant a lot of money to screw things up for me, they made a mistake a couple of years which would have cost me thousands if I had not questioned it. I now get free, and better, help and advice from HMRC.
11/10/13 Friday Lunchtime
-1

41 minutes on hold waiting to speak to someone because the online tax return (which is supposed to be easy - yes, if your an accountant maybe!) form had a glitch. Considering how much we pay in tax at every turn, that's not really good enough. The operators themselves were very nice and helpful, but clearly the folks at the top are not good at their jobs or this could not happen.
11/10/13 Num
1

Just had a letter from the tax office claiming I owe them over £3,000. I nearly collapsed but when I had recovered, I got out my calculator and realised they had made several errors. Called them and explained and in fact, they owe ME money. Thing is, someone elderly or going through a difficult time could have been really aupset by the letter - with tragic consequences. Just wish they would check before they send out these inaccurate letters. Oh, and not a word of apology when I called them....
17/07/13 taxpayer
2

I bet they wouldn't keep you waiting if they want to take money off you - as is usual with this ripoff country, it is take, take, take, and they make it as awkward as possible for you to get anything owed back...it is the same with faulty goods, and services. Once they have your money, customer service disappears. Look at the Banks freezing peoples accounts without reason or explanation. The fact we have bills to pay doesn't interest them one iota...
05/06/13 Vigilante
3

They won't be able to answer your call as they'll be on strike complaining that they no longer have a final salary pension scheme or they only get 30 days holiday.
25/05/13 You
8

Our 'civil' servants and public employees are allowed to behave disgracefully and get away with rudeness by a long running series of pathetic lefty govts. Sadly it seems to me all our govts are lefties disguise! Mustn't upset the workers probably on one of their tea breaks?
25/05/13 Fed up
2

hi,
Thats a good point you make about going through countless numbered options before you get through to the department you want and then find there's no-one to take your call.
As Tony Soprano said once it really infuriated him when places say "please be patient, your call is important to us" his response was "if it's that important to you then pick up the damn phone".
I have been waiting for my UTR number(unique tax reference for self-employed people) to come back to me from Inland Revenue. Been at least 6 weeks now.
Til I get it I will still have to pay tax at the PAYE level and as I have other costs such as public liability and NI whether or not im working, its a real drag.
24/05/13 ahforfoulkessake
2

Being self employed, is it worth it?