What really annoys me is when you have to stand in a queue, say at the bank or corner shop, wherever, and the person standing directly behind you doesn't appear to understand the concept of personal space.

I always leave space in front of me in queues, it's more comfortable for everyone that way, yet still clear that I'm queueing. I've never had anyone attempt to take my place in a queue, just because I've left a bit of space between me and the person in front.

However, the majority of people in this country (England) seem to live in absolute dread of the fear of losing their place in the queue if they don't attempt to crawl up the backside of the person in front and breathe down the back of their neck. 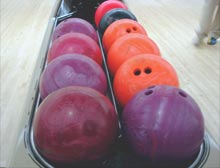 I've often had people literally walk into me

The neurotically manically regimented way in which English queues step forward together is insane. I've often had people literally walk into me from behind just because I haven't followed the herd and stayed put instead of attempting to crawl up the backside of the person in front of me as soon as they step forward.

Lighten up England - you won't get served any quicker by being so manic.

This reminds me of a time when I was in Kuala Lumpur in Malaysia. There were about two hundred people queueing for a tourist attraction - everyone minding there own business and being well behaved. Then out of the back of the queue was the voice of a British man, shouting at everyone to move along and stand correctly. Happily he got beaten into submission by a bunch of aussies who weren't prepared to listen to his pompous behaviour.
13/12/10 The Traveller
-2

"you can always resort to spitting in their face if they become abusive, as the elderly often do" Ain't that the truth! The elderly are always the first to complain about the bad manners of "young people today" yet they're equally eager to forget their own manners in order to get their own way. Many a time have I been (relatively) patiently waiting in a queue at the shop or the bank or whatever, only for a little old lady to toddle straight in and head straight for the first available cashier. But nobody ever says anything!

I actually pulled someone up on it once, they'd tried to pretend they hadn't seen the queue in a general store, and I said to them, in a loud voice, "Excuse me, the queue starts down here". They went as red as a post box at being caught out!
31/03/09 Baffled
-11

Hi Yoyo - Don't let them win... if anyone is ignorant enough to do that, you need to educate them. Why not tap them on the shoulder and politely say "Excuse me, do you think I'm just standing here for the good of my health?" and see how they respond. Cause a scene, ask them how they'd feel if you stepped in front of them, demand that they show you some respect. It shouldn't matter that you're young, and whatever clothes you choose to wear has absolutely no relevance whatsoever when it comes to your right to some personal space. Such people need to learn these simple facts. If you get nowhere, at least you'll have tried... and you can always resort to spitting in their face if they become abusive, as the elderly often do.
14/06/07 J.J.
-2

Well, perhaps such people should be given on the spot fines and subject to an Anti-Social Behaviour Order notice. Such is the nature of our society today.

100 hours Community Service for pushing to the front of the queue.

I found the best way to keep a good space around you is, either to eat onions and, or garlic, and keep belching or farting.

Who would want to stand next to me then.

Thing is, on occaision when I've been quietly queing in line, leaving a polite space between me and the person infront, someone HAS decided that I'm just randomly standing there and walk infront of me to queue!

Perhaps you're the type of person who people wouldnt do that to, but I'm young and I dont wear particularly tidy clothes, and usually it's old people who push in front of me.
I guess they assume that as I'm young and 'scruffy' I'm obviously up to 'no good' and no way could I possibly be indulging in a polite english tradition of waiting my turn!!.

People standing in the way at a shopping centre