In April this year I visited a Sky Mobile Sales Van in Southend High Street.  I spoke to a salesman, who persuaded me that their broadband packages would meet my requirements.  The package I decided on was for was Sky plus, Variety and Knowledge Mix, free 2MB Broadband, reduced mobile call charges and free local and national calls on Sky Talk.  The price seemed good at £41 per month including BT line rental.

The only other costs would be the Sky+ box for £49.00, plus £40 broadband changeover.  The salesman told us that Sky Broadband and Sky Talk would be installed approximately 2 weeks after installation of the Sky TV.

I telephoned Sky, the requisite two weeks later, to be informed that the package I signed up for was not available in this area and hadn't even been ordered, and that I should contact another number to help us come to an arrangement whereby we did not lose out financially.

On phoning the broadband helpline I was informed that there was actually no broadband whatsoever available in this area and that nothing could be done to resolve the issue.  My wife and I were informed individually on two different occasions by salesman that the broadband package was available in our area and was part of the contract.  Given that broadband is not available where we live, we were obviously missold the product by the first Sky salesman. 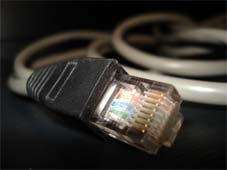 I have tried to contact them by telephone at least seven times, to try to resolve the problem.  Each time I have been passed from pillar to post, and no attempt made whatsoever by anyone to deal with the problem.  This is, in itself, appalling service.

I have subsequently discovered that a product called Sky Connect Broadband is available where I live.  A satisfactory resolution to this problem would be for me to have Sky Connect as the broadband part of the package until such time as the previously agreed broadband becomes available, at no extra cost to me.

I've not heard anything from Sky yet, or Newscorp, Sky's owners, I emailed half their board.  I know, waste of time, but it made me feel better.  I'm also going to ask Sky to give me, by way of compensation, free Sky TV until such time as the package I signed up for is available.(once that flying pig stops blocking the signal,of course).

HOW does a company like this get to be so big?

Exactly the same thing happened to my son, however we were offered a different package that would supply the broadband, (at extra cost of course) but we asked them to cancel the whole package and refund all the money paid to them as they couldn't fulfill the original contract, 2 days later an engineer called to reconnect the sky package although it should have been to disconnect it. He took the box and went. 2 weeks later they haven't refunded any money or disconnected the phone line. TERRIBLE SERVICE. They can check at the time of ordering if the Broadband is available just by checking the postcode. It seems that they are selling these packages on purpose and then trying to get extra money out of customers by telling them that they can't get the original broadband. I guess most people will give in and pay.
21/07/10 V.
-24

Good to read all the other gripes and know that I'm not alone - already have Sky TV and was very happy with it - signed up in February '09 for their broadband/talk package. Broadband was finally installed in May after months of complaints, and endless phone calls. Sky Talk has still not materialised (Sept 09 and counting) - I've even written to them to complain - no reply or acknowledgement they've received my letter - their customer service is appalling.
16/09/09 Benregis
-13

Sky quite frankly the worst company that I have dealt with in a long itme.

Got the TV basically straight away, but it took 2 months to get the phone & BB sorted out.

Kept phoning them, they kept blaming BT, until I made them explain 'technically' what the problem was and then they figured out that they were sending the wrong things to BT.

It probably took me about 20 calls to them, and endless hours in thier crappy phone queing system, and people saying they will call me back, and never doing so.

They changed my address to an incorrect one 1/2 though, primised that it was just wrong on the internet site, and then prompty sent my modem to the wrong address.

They said that I could have 16Mb connection (which frankly is pathetic anyway), and once connected the BT guy said that I would be luck to get 6-8mb, and now sky says its 3MB.

And now I am actually connected, they say that my speeds will be bad (as in about 20kbs download rate) for a further 2 weeks, while they do 'tests' and things, and this is 'normal'.

Has to be the worst experience I've ever had. They dont know what they are doing, lie and bascailly have no idea what is going on.

I`ve recieved three faulty routers,1st didn`t work, 2nd hadn`t had the memory wiped completely and the 3rd wouldn`t accept the user code or password .Several hours on the `phone being told the problem was my end.
Two letters to different Heads of Departments and still no reply .
Also they have deducted a charge for Broadband which I didn`t recieve after I had cancelled it !
I switched to another ISP who connected me with no problem and before their forecast connection date .
19/03/09 Brian Dovek
-9

If you don't live in a LLU area you will pay through the nose for Sky Broadband and the service is poor. Sky use plenty of gimmicks to get you to sign up, you really need to read between the lines before signing up.
02/03/09 I Love Cheaper Bills
-15

I think it is atrocious that Sky can get away with charging £17 a month for Connect....when they clearly advertise it as free in some cases... what are we actually paying for.... I too took up the offer of Sky Connect a year and a half ago... on the promise... from their "retention" dept (cause I was threating to leave over another issue) that it would not be long before the mid package etc was available in my area and it wouldnt cost me anything... maybe time that "watchdog" or the likes got involved as this is pure and simply a rip off... One excuse I got was it depends on the distance from my house to the telephone exchange.... I LIVE ROUND THE CORNER FROM IT... they couldnt answer that one now could they.... gonna move my account elsewhere cause Ive had enough !
17/02/09 GILL
-12

I have finally sorted out my nightmare with Sky Broadband after battling with them for 4 months - I told them to get stuffed and went with orange who provided me with broadband in 6 days. My problem started when I had Sky Broadband and unfortunately moved house. Cannot fault the TV and Telephone connection but Broadband turned into a nightmare. We rang every other day speaking to more than 50 agents, wrote to customer complaints, got cut off 56 times and still could not get connected. Each agent said it was terrible and they would sort it and nothing. Plus every time you ring you have to start all over again. The problem was that every time the agent ordered the Broadband their repeat their computer cancelled it 2 days later. Nobody at Sky could sort it out and I would have gone on for ever. Never again will I battle with such ineptness.
29/01/09 Anon
-21

Why is sky broadband such a bad deal? I have had the service for 3 years now, when I first got sky broadband My download speed was 8mb, I was actually paying for 16mb but that didn't bother me.

Now for the last year or so my max speed is 4mb and yes I am still paying for 16mb. I have called and written to complain to Sky but they are no help whatsoever. I get a number of excuse's why my service is so slow. My favorite "cock and bull" story is that my phone line has degraded so I have had to be capped at 5mb.

I think they must think we all came down in the last rain shower! So my line has degraded from 8mb down to 5mb in 2 years but I am paying them for 16mb, so I am only 11mb short? I am thinking about telling sky to shove it as it's not my problem they dont buy enough bandwidth from BT

I have been with sky broadband for under two months and I can say a sinclair ZX spectrum was more reliable. After at least two weeks trying to log on for the first time I subsequently find it does not like to log on very often on weekends. As the equipment works when I actually manage to get on line I can only think the problem is down to a particulary bad provider who have over subscribed and their system cannot cope. A by product of the failings of this product has shown an almost non existant complaints system.
15/01/09 Mickey C
-3

This is what Sky do. They tie you into a contract they cannot supply then break that contract knowing full well that you cannot afford to prosicute them. They will then employ people tp theaten you until you pay up for nothing. The same thing has happened at Dover with customers despite the fact that Sky knew they could not supply a particular Broadband to that area. Dover readers don't be caught in their legalised theft trap.
15/01/09 N.J.
-30

PS, within two weeks of taking out the package I was written to and informed of a 50% increase in my monthly payments!!!!! This is totally unnacceptable and I will not be bullied by such huge companies.
24/12/08 Chadina
-3

Sky Customer Service does not exist, I ordered braodband and it should have been working 5 weeks ago, it hasn't worked once, I have called 25 times and only just been told the exchange for my Broadband is not working (a test that should have been done in the first place), I have since called five times been passed frrom pillar to post, been promised it would have been fixed within 2 days, no shock there that is was not, I have now cancelled my direct debit as it is the only way to get their attention. I would never use them again.
24/12/08 Chadina
-25