The main thing that annoys me about today's TV ads is the fact that they now appear to concentrate on making politically correct points instead of selling their products.

This particularly applies to the way in which the sexes are now depicted in commercials.  Take a look at how a woman normally appears in such ads.  Almost invariably she will be a smart, intelligent, good-looking person, in full control of her life.

If she has a fault it will only be the mocking, pitying way in which she treats the men in her life.  This is not surprising as such men folk are constantly portrayed as wimps, oafs or cretins.

to perpetuate an image of female superiority?

Now why on earth is it necessary to feature such stereotypes, if not to perpetuate an image of female superiority?  It does absolutely nothing to help sell the product: in fact, this deliberate gender bias produces the opposite effect. 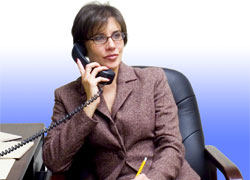 Advertisements which mock and denigrate men are antagonising nearly half of their potential customers.  Presumably the companies involved consider consumers to be such a stupid bunch that they are not aware of the subliminal effect of their sales campaigns.  They are so wrong.  For some time now, members of my family and my friends have joined me in boycotting all goods produced by companies which libel the male sex in this way.  My impression is that this is a growing protest movement.

So, if the directors of companies are puzzled by falling sales, they need look no further than their television ads; which nowadays promote war between the sexes instead of selling their goods.

Seen the Muller greek yoghurt advert?. It shows the woman as World Champion. Yeah right, she beat everyone even men at physical sports.
There's another ad showing a family doing different activities. Bee keeping, the man's being swarmed by bees. they're on Mars, the mans suit has an air leak. They're mountain climbing, the man has a huge spider coming towards him. Notice the trend here.
08/01/21 Biff
2

You should see American adverts. There' a guy on YouTube who has loads of examples of men being made to look stupid. What's more shocking is the level of violence against men by women in adverts.
One example was a man in an office making a drink. After taking the last biscuit bar out of the tin, the woman looks up, charges at the man and slams him into the wall. She then snatches it out of his hand and walks off with a triumphant look on her face. After the narrative about the product, the woman then runs back and kicks him in the stomach. Could you imagine if this was the other way around?.
Why do adverts always show men as being useless at diy?. If they're putting up a shelf or a swing for the kids, it always falls down.
I think the youtube channel is called "misandry in the media".
16/08/20 Ray
1

I am female but totally agree with everything you say. I am glad you had the courage to say it.
23/07/20 Jan
1

I completely agree. Making men look stupid is a favourite theme of TV adverts. It's a theme of TV shows too, one example being New Tricks with its immature elderly men working for a super smart female boss. I would even suggest that this discrimination is specific to white males. It arises in the reporting of the news as well as TV shows and adverts. Next time the A level results are publicised on TV and in the press, note the emphasis on females of all skin colours and non-white males. This is not encouraging for young white boys growing up in this country, which is why I always went to some trouble to point out this bias to my two boys when they were younger. A TV crew recently came to my company site to film a piece on a recent engineering project and complained that there weren't any females to interview. In this case, there were none working on the project and hence one had to be produced from the marketing department. When the piece was broadcast, there were very few men to be seen.
23/04/17 Baz
1

Do TV advertisers think the viewing public are stupid? Take the latest ad from a certain frozen food company. The advert is set in Port Isaac and the actors are playing fishermen are singing the famous traditional sea shanty 'What Should We Do with the Drunkn Sailor' with the words changed to suit the promotion of the item. The item being sold is frozen chip shop style fish. During the ad a note appears on the foot of the screen declaring that the fish in question is sourced outside the UK! If that is the case why oh why use a traditional English fishing port and a traditional English song in their ad? This ad is misleading and the disclaimer should be more prominent, this ad is also a poke in the eye to our ever dwindling fishing industry which has restrictions placed on it that other EU countries don't
13/04/11 thegrimreaper
-8

I agree with oracle to a certain extent but it aint the adverts that bother me so much, it's programs like Loose Women, which bring muscle bound men (wearing nothing but speedos) into the studio where one of the hosts is guaranteed to get up and start stroking the guy's chest or abs, saying things like "Ooh is it my birthday?" and "What a fine specimen" To which the audience erupt with laughter and wolf whistles.
If it were four 40 to 50 year old blokes doing the same to a girl dressed in a bikini there would be OUTRAGE! So how are they allowed to get away with it?
If women are not allowed to be treated as mere s*x objects, then surely, it should be the same for men.
28/09/10 angry guy
3

@justin sidebottom: TUT...you give us men a bad name, you need to begin to open your mind my friend and see that macho is no longer cool, or comfortable to live up to as a man!
19/07/10 Geezer
11

Men are becoming women and women are becoming men.
The female of the species is becoming more loutish, aggressive and loud whereas the man is becoming timid and fragile.
The female has chosen her time well. Machines have taken over the physical side of life so men are not needed for the heavy lifting quarrying and pushing of huge objects.
The once dominant male is now taking a role as a harmless television watcher. This is why these adverts are needed, to show buffoonery and therefore drive the man away from the television set.
03/07/10 Justin Sidebottom
-12

@Oracle2006 - exactly which adverts are you griping about? The only ones I can think of which portray men in a less than positive way are the Flash adverts - implying that men will look for an easy way out so they can get away with doing a half-assed job. But being viewed as wimps, oafs and cretins? Maybe you're watching a different channel to the rest of us...
09/06/10 Mallory
-7

I cannot believe I am reading this! Your points are totally warped. For example :
"such men folk are constantly portrayed as wimps, oafs or cretins"... what exactly do you mean by Wimps, If you mean they are not portrayed as 'the dominant species' then is that not a compliment? After all men dont want to be thought of as dominant now do we?
"she will be a smart, intelligent, good-looking person, in full control of her life"... How come this is so wrong for a woman? and did you notice, she was valued for her looks in your comment? (a real problem for women in a society where the subliminal messages of womens value connected only to her looks are indeed not so subliminal, in fact they are plastered everywhere you look)
"this deliberate gender bias produces the opposite effect"... How in control of our lives us men are...these types of adverts are seen so rarely that Men get upset with them. Women on the other hand are so oppressed by the images all around them that they dont even think to complain or if they do they are seen as 'man haters and feminist big mouths'
"members of my family and my friends have joined me in boycotting all goods produced by companies which libel the male sex in this way. My impression is that this is a growing protest movement.

So, if the directors of companies are puzzled by falling sales, they need look no further than their television ads; which nowadays promote war between the sexes instead of selling their goods"...Proves the above point beautifully!
You had better lighten up fella...or you will get left behind with all the other macho twits!

There are a growing body of men who are at last being big enough to recognise that females being viewed as inferior, is killing this planet.

How can it be female manipulation when most ad agencies are run by men and most of the CEOs of the major companies for whom they make adverts are also male?

Companies have no respect for their customers, male or female; they will just use whichever tactics they think will work.
17/04/10 Smithy
-3

I just read some of the other comments concerning the objectiving of women as sex objects to sell to males - in my opionion it is just another way of saying men are dumb and base their buying decisions on their gonads. More female manipulation just like in the real world. All things being equal - maybe a gender war in the U.S. is long overdue.
17/04/10 FrustratedMale
-6

I agree wholeheartedly but the humilation extends into US television programming as well now.
17/04/10 FrustratedMale
2