Regarding the recently implemented smoking ban, I think we have now entered an era of dictatorship in the UK.  I wonder, what is the next topic that the "politically correct" brigade will latch on to and force the government to legislate against?  Do MP's really believe the untrue and manipulated evidence on passive smoking, or do they all have a bit of "PC" dictatorship in them.  Maybe they are all merely lilly-livered ,mindless sheep who follow the politically correct line.

Don`t forget parliament once rid the country of a king who thought he was in a position to dictate to the masses.  Take care you members of parliament or you`ll only push the populace into getting rid of you. 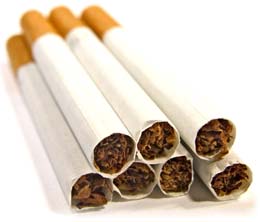 If you really feel that a smoking ban is a good thing, then have the courage of your convictions; make tobacco illegal and forego the revenue you collect on the product.  Also, why the double standards?  It would appear that in your eyes smoking is not harmful when partaken within the palace of Westminster.  You have given criminals (in yet another way) more privileges than the law abiding smoker!

Why did you vote for this smoking ban which is in breach of the manifesto by which you came to power?  Many local pubs were struggling for survival prior to the ban.

Does this smoking ban now herald the demise of the traditional British pub?  Pubs were once the cornerstone of British life and they have now changed for ever.  We are forced to embrace and value alien traditions brought into this country, but parliament it would seem seeks to bury our own!  To my mind this government is nothing more than a fascist dictatorship.

Why on earth have we ever fought for freedom and personal liberties against the foreign jackboot, only to be sold out by our own government?  Time to repeal the smoking ban!

The Government want us to spend all our money in the shops, to boost the economy, those that choose to drink or smoke are heavily taxed further in duty, and then we are begrudged treatment from a health service that we, our forefathers and our children have/will pay for all of our lives.
13/10/14 collar
0

how loose, you have a choice we have had ours taken away , we were told it was costing the health service millions and millions every year has the savings helped the N.H.S. i think not , now their talking about limiting the amount of drink you can have on a night out , do you agree with that after all its drunks an fights that keep A an E so busy at weekends , now obesity is getting the blame to they,ll be telling us how many calories we can have in a day while they sit on their fat behinds telling us what to do .
13/10/14 racehorses22
0

Non-smokers should not have to breathe in the filthy carcinogens which result from smoking tobacco, but people who wish to hasten their own deaths by smoking poison should be allowed to do so - in isolation.

I agree with Rigga that the landlords of premises should be given the choice of allowing, or not, smoking on their premises. This way non-smokers and smokers will have the choice which government interference has taken away.
03/08/10 MikeP
-9

Rigga, you selfish self-absorbed uneducated turd! Don't you get it? There's a ban because we don't want your sh1t in our lungs and in our clothes. Eff off and smoke in a cave you old fool, we don't want you in our pub.
03/08/10 How loose
-8

A smoking law needs to consider both smokers and non-smokers. The UK law doesn't. I visit a pub far less than before the ban... escpecially if the weather is rubbish.
A good old fashioned pint of ale in a traditional coal fire pub on a winter Sunday afternoon smoking a cigar... A 'condor' moment of remeberence.

Give power to the landlord. My bet is, for those out of the cities anyway, 70-80% would allow smoking throughout or partially in thier pubs.
03/08/10 Rigga
0

What a stupid article, it's really simple, something a lot of people seem to forget..

Most people in this country agree with the smoking ban, so it was a ridiculous comment.. It's a minority of selfish smokers who want to smoke in confined spaces, and guess what segregated smoking areas will not work as people will have to service them, when that happens only common sense dictates abuses will follow.

A majority of the country agrees with the ban, Cancer research, governmental health and non state authorities agree with it. Confine this to yourself, you made the decision to smoke, ruin your lives, spending a fortune to kill yourself slowly, the very least you can do is keep it to yourselves...

Can someone please tell me why, if non smoking pubs were a good idea, why weren't there any before the smoking ban? Pubs are now struggling to make a living so the lost revenue will now come from off licences and supermarkets, and the governments excuse to increase prices is "to combat binge drinking". Just 2 points, 1 there has always been cheap beer available, and 2 an increase in tax isnt going to curb binge drinking. For every action by busybodies there has to be reaction to the detriment of the tax paying public. A bit like the Frank Spencer syndrome. Try to fix it and it just gets worse. Sometimes leaving well alone is a good idea, so repeal the smoking ban and let us enjoy our lives. And no l dont smoke
02/07/10 Non Conformist
-7

This anti smoking law has effectively stopped me going to the Pub,and NO I do not smoke myself,but most of my friends do.
Even so my biggest worry is when the Govt stop us all from smoking,drinking and driving our cars- Just where are they going to make up the shortfall in revenue,just what will be left for them to tax, I hope its not Oxygen !
19/05/10 Arrawn
8

Having smokers smoke elsewhere is always good because while they're gone it gives the rest of us the chance to talk about them.
03/05/10 Yipee
-3

No one forces people to work in a pub. The pubowner decides what happens on his own place. After all he owns it. Guests should not demand rules when they are visitors. Where is the common sense in people?
18/11/09 igor
-3

Easy, all you need is a designated smokers room with extraction, no bar or staff, hey presto, what problem?
14/11/09 Gainsborough lad.
-9

The harm is that staff will have to work there, serving people and clearing tables and they will have to breathe in the smoke.

Yes, I can hear what you are thinking. "the staff who are smokers can work there". What about when they are off sick or on holiday? What if they want to stop smoking? What if there are no other smoking staff to switch shifts with?

You cannot make being a smoker a condition of either getting or keeping a job.
14/11/09 Smithy
-3

I don't smoke and will never smoke, I hate the smell of it, but I dont see any harm whatsoever in letting these smokers have a room to themselves in a pub.
14/11/09 Gainsborough lad.
-2

There is no smoking ban. There is only a ban on making other people breathe in your smoke. You can smoke in your home, your garden, your car, you can smoke on the pavement, outside offices, shops and pubs and in the park. Many pubs and restaurants have a garden or courtyard with seating, flowers and space heaters especially for smokers. How is that a "smoking ban"?
14/11/09 Smithy
-2