Only the French could be so arrogant and ignorant at the same time about food.

They believe they do everything best.  Food is just one small example.  What they are good at is promoting themselves, but it's mostly hot air (they did invent the hot air balloon after all!)

In France you get the same boring overpriced dross served up with a scowl in nearly all the restaurants unless you go to either an ethnic place, or one of the top price ones where they look down their noses at you if you give the keys of anything less than a Lamborghini to the parking valet.

Anorexic portions of poor quality food tarted up and disguised by fancy sauces and names, on attractive plates, obviously fool most of the people most of the time, despite (or because of?) the exorbitant prices.  Mediocre French wines are presented with reverence and pride to people unaware that at least 6 other countries produce far better wines at a fraction of the price. 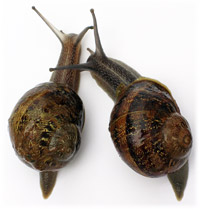 Perhaps they are just misled by the one thing that the French really are good at, which is marketing themselves and their products.

I'm sorry France, rest on your faded laurels like an aging whore if you want to, but the rest of the world realises that not everyone wants to eat slugs, diseased cirrhotic goose livers and raw mince meat ..... sorry that would be ?escargots?, ?pate de foie gras? and ?steak tartare?, saying it with a French accent doesn't make it any less repulsive.

A snail is only a slug with a shell, and the way foie gras is made involves the most appalling cruelty.

The French and their overpriced, disgusting handbags and clothes. Costs 50 quid to make; charges you £4,999 just because it's got a big name designer label on. wtf
17/01/14 Nick
1

Carlo you are a moron! The french disguise their food in sauces because of sub par meat. British food is far superior
22/11/13 tomas
-2

Why onion crisps are UK 's favorite then ? British actually eat more onions than French, it is everywhere ! Are onions a new discovery for UK?
The difference is that French know how to cook them properly and don't pile them in any dish randomly.
02/04/13 Carlo
-6

British are obsessively jealous of France. The best food in the uk is foreign! in uk It smells bad fries oil everywhere you go, eating nuggets and fast food all day long make you the fattest nation in Europe. British break all the records for grossness anyway.
BINGE DRINKING, tacky, loud and rude everywhere they go.
No wonder there are so many cooking TV programmes in the uk.
02/04/13 carlo
-9

I would say I agree that French food and wine are over-priced and don't get me started on their wines, region is a key factor which the French completely ignore with the assumption that if it's French it must be good. However I would point out that French food and wine isn't as bad as you make it out to be. Perhaps if you knew about the subject matter instead of playing to the drones out there by mentioning snails you'd actually have a point
12/03/11 alex
-3

Methinks DSG is really a pseudonym for MikeP.He comes in all shapes & disguises.Don't be fooled into thinking otherwise.French food rules the world.We should follow their example.Buy French.Love the French.Love their food.MikeP is talking nonsense because everybody knows French is best.
27/01/11 Miss Hughes
-16

P:S:escamoles are ant eggs,lutefisk is cod dipped in lye,pacha is a boiled sheep's head,
casu marzu is a sheep' milk cheese that has been deliberately infested by a Piophila casei, the "cheese fly." The result is a maggot-ridden, weeping stink bomb in an advanced state of decomposition.
And balut are duck eggs that have been incubated until the fetus is all feathery and beaky, and then boiled alive.
23/01/11 DSG
-25

"French food is far superior to anything remotely that we have here in Britain."
No it is not! I have seen far more appetising dishes in Spain and Portugal that are MUCH better than that watered down s**te you call "food".For example:
.Escargots:They look and taste disgusting! You dare call that food?!
.Foie gras:Made by stuffing a mixture of corn and fat down the duck/goose's gullet,and keeping it in a filthy cage so it cannot even spread its wings!
.Frogs legs:Possibly the most hideous dish ever created.[next to casu marzu,escamoles,lutefisk,baby mice wine,pacha and a balut egg]
23/01/11 DSG
-22

"MikeP obviously needs his head testing.French food is far superior to anything remotely that we have here in Britain."

It's a matter of personal opinion. At no point in my original posting did I compare French food to British, but you are all so narrow-minded, insular, and parochial that you drew an immediate, and incorrect assumption.

As it there is plenty of good food available in Britain, if you know where to get it, but you are probably using Little Chefs and Burger Kings as the yardstick.
23/01/11 MikeP
-23

MikeP obviously needs his head testing.French food is far superior to anything remotely that we have here in Britain.Since when did you ever last have a decent meal & a drink down your local high street cafe?McDonalds is as good as it gets with service to match.Emigrate to France to experience real food & culture,but DON'T complain unless you want spit in your steak tartare.
22/01/11 Hupu Lupu
-15

Ben, take all this with a pinch of sale (pardon the pun). French food is okay, well as okay as any other food. As long as its healthy, tastes good and doesn't kill you its fine with me.
03/12/10 Remik
-8

Here is the following
To me, the problem is that most of stranger people go to touristic areas where the food is not so good and expensive. But I, as a french living in France, know the good hiden (or not) restaurants. And for the record, the brasseries are still very popular and presents in France !
On the other hand, I love other foods like chinese food, indian food, and mainly italian food. To tell the truth, I do think that we are a people with a huge gastronomy and that's part of our culture. But it doesn't mean I am close-minded to all the food in other countries. I think in England you have the luck to have a very strong culture which, even if it dosen't implicate great food, is a great pleasure to me everytime I go in this beautiful country.
I think, as usual, that all this debate is based on hard feelings about France. But trust me, in the country where there is the higher rate of tourists, we better like to share and to receive foreigner. Don't forget that before being french or english, we are human. I wish you a very good day and look forward to see you in France, and who knows ? Maybe you will try one or two snails and change your mind on it :)
03/12/10 Ben
7