Most homes in the UK have hot and cold running water so there is no excuse for coming into work smelling of body odour (B.O.).  There is nothing worse than sitting at a desk opposite the office smelly.  I mean how difficult can it be to have a shower in the morning?

Practically every company up and down the country has one or more of these individuals.  We have now come to dread the warm summer months, as this is when the foul stench from their unwashed bodies is at it’s most pungent.  A combination of a stuffy room with no air con and the stale, sweaty body smell getting wafted around by a dozen desktop fans isn’t very pleasant.  It’s at times like these you would happily exchange mister stinky for bad breath Bob from sales in a heartbeat, because at least he doesn’t start to smell worse as the day drags on. 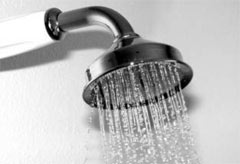 I really cannot understand how some people can have such a low standard of cleanliness.  I’m sure everyone has had one of those days where you have gone off to work, but forgotten to spray on some deodorant.  At least you had a bath or a shower first though so it isn’t a big problem. The office smelly on the other hand, doesn’t know what a can of antiperspirant is and since he or she probably hasn’t bathed in weeks, nothing they spray on is every likely to produce the lynx effect.

Personally, I think it should be company policy to hose them down in the car park at least every other day.  Maybe then the plants will get a chance to recover.

Brilliant, Broadsboy, thanks for the link! I've forwarded it to the GOM, he'll enjoy reading it too.
17/08/18 grumpyoldwoman
1

Come to Great Yarmouth if you are a benefit low life work shy parasite. There's already loads of your kind here so you'll fit in nicely. There's plenty of opportunity to grow weed or deal cause most of the warehouses are empty due to decent firms quiting this shat hole. Coast line is ripe for immo's to land undetected and the druggies, muggers, beggers wander the streets looking for prey. The clubing night life along the golden mile is a combat zone in the early hours and there's a good chance of a visit to the James Paget ER to get stitched up. Apart from that, it's a great place if your'e nose blind.
15/08/18 Broadsboy
0

Come to Great Yarmouth Norfolk if you are a smoker, there's no chance of being abused here over your addition cause the whole place stinks of shat and is full of shathead smokers.
12/08/18 Broadsboy
0

Trouble is we are too polite. buses, trains etc should be prepared to refuse to carry people who stink. After all, the majority of us are clean, and our supermarket even ha sown brand soap at 20p, so there's no excuse.
11/10/13 Num
0

hi there.
yes anon, in the last post, i do agree that smokers smell terrible by some people's standards but they generally, in my case when i smoked, carry breath freshening mints and take extra care when brushing their teeth to do a good job and most of them who work do wash properly before leaving their house daily.
Its the people who smell of B.O. all the time, worse in summer, or on the train or underground or bus when you're stuck on there til your stop nearly in their armpit due to overcrowding and lack of seats.
Sorry but they should be kicked off public transport until they freshen up.
Seriously, would you employ them if you ran a business if you had to spend the best part of every day with them?
Sorry Stinker, you're not gonna be employed by anyone I know.
30/05/13 ahforfoulkessake
-1

The problem is, smokers don't realize just how bad they smell to non smokers. it isn't untill you stop that you know how bad you reek. And the more you try to mask the smell with purfume the worse it gets. and have you ever smelt a smoker beath, OMG.
27/04/13 anon
-9

The one's I hate are the smokers, they leave a trial of stench behind themselves especially in supermarkets. The sad fact is, they are not aware of the fact that they are being abused behind their backs by other shoppers who pull faces and hold their noses.
One older gentleman recently, on seeing a very pretty young lady that stunk of fags said he'd give her a miss if the chance arose, he'd smelt better camels at the zoo.
27/04/13 Anon
-8

To put it bluntly, wearing one of those dreadful zip-up fleeces is no substitute whatsoever for basic personal hygiene!

Particularly when in close proximity to a person wearing such an item, on a bus or the Underground, when using a libary I.T. facility etc, it has often become apparent within nano-seconds that zipping the garment tight up to the neck utterly fails to contain the tell-tale stench that indicates that the person next to me has not had contact with soap and water for quite some time, but is wildly deluding themselves into thinking that a fleece is the answer to not washing, wearing the same clothes several days (weeks?) in a row and spurning deodorant.

nasty people should be made to stay out of the public and out of state and government jobs.
16/01/13 hates smelly people
-8

I know I sometimes smell a bit ripe, not because I have a condition, but because I don't really care what other people think. I wash enough to stay healthy, no more than that. I like to get plenty of wear out of my clothes too. My skin and hair are in excellent condition because I don't remove the natural protective oils by over washing. I don't like the smell of deodorant and the expellent gasses tend to cause lung problems.

The problem is not the people who smell, that is the natural way, how it was for hundreds of thousands of years and how it will be after the current fad for excessive washing passes. The washing compulsion most of you have is a sickness. You all clearly are not comfortable in yourselves or you would not need to try and loose your natural smell, and the vanity industry capitalises on this.
20/12/11 stinker
-20

what a complete insensitive idiot who ever wrote this, at least 1 in 20 people suffer from some sort of metabolic disorder, when you eat , it digests, creating smells , alittle like a wheelie bin when food is put in it , the body is the same and toxins excrete from the body , some times its not the persons fault and its hell to live a life smelly bad all the time even whe you shower 4 times a day. open your eyes. I wonder what your personal ilness it, or by reading the above you suffer with a lack of intelect.
23/06/11 person
-10

Anamika I gather your from another country and youve come to gb to study? Well bend down and kiss the ground you walk on! Be greatfull your here! I hope you fail medicane and get sent back to were ever it is you came from! Dont diss a 90 year old woman for not being able to bathe herself or clean up, as her carer thats your job! You really have got a nerve!
27/04/11 Respect our government
0

I abslutely agree with you. I have a co-worker who has terribly bad breath. Her teeth are coated with yellow and brown stains and pieces of food are stuck in betwen her teeth. Because they are not allined at all, it made the situation unbareable. What makes things worse is she constantly snaks. Aditionally, her feet smell. The odor is similar to rotten leather or something equivalent. Because of her bad breath and foot ordor, I barely can breath!!
18/01/11 Cannot Breath
-12

omg there's this dude in my class who has a bad B.O and people would tell him that he smells and he just doesnt study us he is a very ignorent person but one day out class teacher called him infront of the class and told him that he needs to bathe and use soap and I know that he must have felt embarrased but he learned his dang lesson since that day he now smells great people could now stand near him without getting a lung infection lol
04/01/11 keke swaggamonst@
-12

Nothing worse than smelly garlic breath

Body odour and bad breath, no excuse for it!

Air fresheners should be banned in public places