I know there's already an article on this web site that deals with dress code in bars and clubs but I think there are some other annoying features about these kinds of places the really needs to be pointed out before we all end up bankrupt.

I'm talking about beer here, although not necessarily just ales and lagers because it applies to pretty much anything you might buy at the bar.  My problem is with the hiked up prices that we pay just for the privilege (if you can call it that) of drinking somewhere a bit more trendy and sociable with a dance floor.

One particular occasion when I decided to visit one of these establishments sticks out in my mind right now.  I had been having a drink with friends in a J.D. Wetherspoon pub, which was nice enough on its own and it had quite a buzzing atmosphere.  The bottled lager I was drinking here cost 99 pence a bottle, which was very cheap because there was some promotion or other on; however the normal price of the same bottle at this place is £1.29 which is still pretty good anyway! 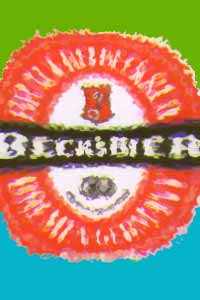 Somewhere along the line we all decided to go across the street to said trendy pub with dance floor, music and flashing lights that was open a bit later.  Luckily I decided to visit the cash machine on the way because the same bottle of beer in this place cost £2.40 a go, which by my calculations is around double what I'd been paying only moments earlier.

Another thing that gets me about these places is the lack of options on "what" to drink.  Unless you like alcopops, shorts or second rate lager and bitter your out of luck.  Considering the fact that the place I had just came from had a great range of reasonably priced guest ales, you might understand why I was a bit less than overwhelmed with what was on offer!

The bottom line is, what exactly are we paying for?  Yes its all very nice to go up market a bit now and then ( if you can call this place up market! ), but does it really justify such a huge price hike and poor choice?  Maybe it's the prospect of hoards of party animals banging down the doors to get into the place that has prompted the management to take action, in which case why don't they just charge admission instead?

Every pub and drinking est. should be made by law to put a price list up outside so at drinkers will at least know how much they are being ripped off. It's the law in some countries why not here? Only the greedy guvnors would complain.
15/06 Thirsty
1

Only fools buy this expensive watered down wee-wee. then get hot under the collar watching bored, indifferent trollops. You don't see serious drinkers or alcoholics in these dirty lairs of immorality.
16/10/13 jobby
1

Of course they are ripoffs. They may also have strip dancers to strip you of all ya cash in ya wallet. If u are careful with ur spending just stay away from such places.
15/10/13 Nick
4

Bring the pubs to brook

To stop the rot force all pubs to give everyone a fully comprehensive receipt for all drinks purchased, and to have a fully accessible drinks list and price list for customers to peruse before purchasing.

Maybe pubs which overcharge will go under in these circumstances.
02/06/13 Bring the pubs to brook
-9

All bars and pubs are rip offs. If you want value for money why don't you buy crates from supermarket and drink at home.
30/05/13 Dave
-7

You were lucky you and your mates could get out of there with the fact that they're old bill.
You'd probably have had to fight your way out if not.
£56 for 8 drinks is £7 each which is roughly double what you'd pay now in m,ost of my local pubs at around £3.20-3.80 per pint. Well guinness and hurlimanns seem near top end of price range now.,
25/05/13 ahforfoulkessake
0

Have you noticed its almost always the trendy bars that get away with this daylight robbery? (sorry,I meant nightlight robbery)
27/11/10 DSG
-3

Keep an eye out for the cars these bully boy bouncers drive, make a note of the reg. Find out when the club or pub they work at closes, hang around outside the club and wait for one of them to get in his car. Then ring 999 saying you were nearly run over by a drunk driver, give 'em the reg and car make, colour, etc. The cops will be on the look-out for him and chances are he'll get a tug. He'll most likely be over the limit or on drugs.

There's a meathead baldy no-neck bouncer with tattooed arms like tree trunks and gold chains on the door looking you up and down before deciding if he'll let you in.

You know you are in a "trendy" bar when they profer a small saucer with your change, implying that they want a tip.

Or they have a cocktail waitress with a very short skirt and long legs serving you at table.

When the round comes to more than 1 day's wages.

Was the price list clearly displayed? Sufficiently displayed that a person in wheelchair coming to bar could read it without having to stand up?

Did you get a receipt for your purchases?

Was a full range of beer on display, including real ales?

Were the taps/pumps on the bar all chrome-plated?

Was the name of the bar something like "Iguana" or "Oasis"?

I was in a group of 8 people in a J.D. Wetherspoon pub.
The round came to about £22.
Some of the girls wanted to go across the road to a place called "the sports bar" in Glasgow.
The same round came to £56.
We simply refused to pay it, placed the drinks back on the bar and turned to leave as the stunned barman just stood there with his mouth open in disbelief.
Fat bouncers tried to stop us.
Big mistake as 3 of the party were Police officers and advised the fat bouncers of the illegality of their attempt to hold us hostage and asked them if they'd like a room booked for them at the local station.
We went back to Wetherspoons as the fat bouncers shouted not to come back "cos yir barred".
Hmmmmmmm at £56 for 8 drinks there wasn't any chance we'd be back.
19/12/09 Matrix
5

Well I read "the same bottle of beer" and can't for the life of me think why I'd want to pay more in a noisy place with dance floor flashing lights and boozy yobs. I also wouldn't describe it as trendy either.
19/10/09 Adrian
-8

"People like you are responsible for these places getting away with ripping people off."

Nobody is ripped off. There is a choice, and if you choose to go into an expensive upmarket bar you must expect to be charged more for your drink. If you want a pint of Crappo Lager for £1.00 then go to a cheap nasty pub full of boozy yobs wearing Burberry and baseball hats and 'combat' trousers. As Cal du Monde says, the decent places and those who frequent them will survive without you.

If you want a cheap car you don't go to a Ferrari dealer and complain that their prices are a ripoff, or if you do, then you're a complete idiot.
18/10/09 MikeP
-27