It's that time of year again, time to renew the Apple Developer Program Membership.  Not something that I look forward to, particularly when I feel that I am being ripped off every year.  Why don't they just call it the "Apple Developer Protection Racket" and be done with it? 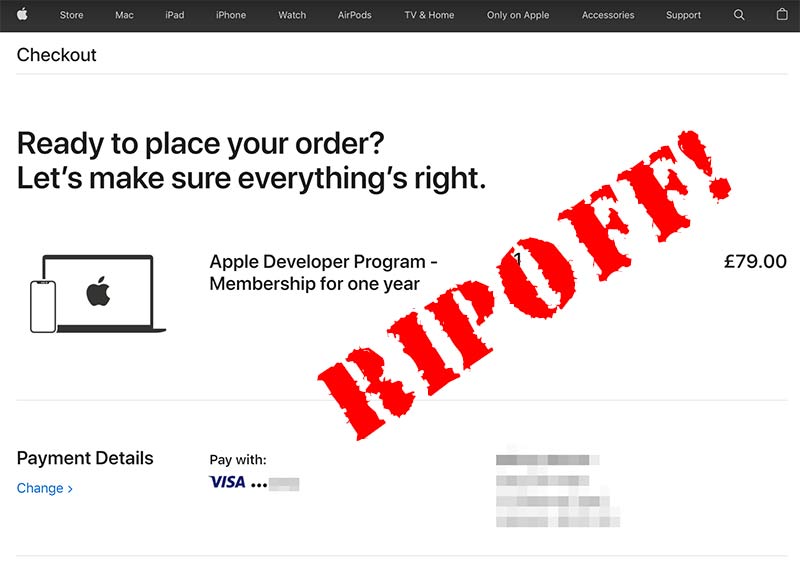 Definition: Program - a set of related measures or activities with a particular long-term aim.
Meaning: Let's squeeze developers for money every year until they're eventually bankrupt.

I don't feel that I'm actually getting anything for my money, except possibly the privilege of being able to build apps for idiots with too much money and not enough sense.  Let's face it, iPhones aren't exactly amazing and they're just a status symbol to say "I've got money and I have to be seen buying they latest model" - just like the other sheep...

I don't enjoy working with XCode either and when you compare it to Android Studio and the whole platform it is just simply rubbish.  I could go on and on about the merits of Android development versus iOS.  Leaving the Apple Developer Program Membership to one side I'd rather stay with Android.  But the muppets keep buying the dumb phones...

I had to contact Apple Support very occasionally and I remember this one occasion when rather than direct me towards a free and easy solution, they tried to sell me an upgrade.  Common sense prevailed and it reinforced exactly what I think of this company.

The Apple Protection Racket (sorry Developer Program) membership costs £79 a year, and yet the Google Play Developer account is a one-time payment of $25.  Luckily both Apple and Google have cut their in-app commision from 30% to 15% - although I still believe we're being ripped off there as well.

I don't expect anything to change any time soon.  Apple think they're quite special and will go on fleecing developers.  Of course I will have the satisfaction of charging their users more as well, and of course Apple will take a bigger cut.

So, to sum up. you are complaining that you have to pay more than you think you should for the right to charge people more than your work is worth? Sound like you should be working for Apple.
09/06 Old Sparky
-1

Apple and Google are screwing app developers with a hefty commission