The Coronavirus pandemic has kicked the stuffing out of everyone, well probably most of the decent people anyway.  I think I'm one of them, which is why writing this gripe I'm still examining my motives for submitting this text.

I like to visit pubs and I like real ale.  When you get a lovely day when the sun is shining, maybe work is a bit slow so why not go out for the afternoon?  Great idea, and I had a great time until just a little later when I felt decidedly ripped off buying a round in a certain pub.  We're trying to support pubs by visiting them right now, so it really is annoying when one charges you an absurd amount of money for something intangible. 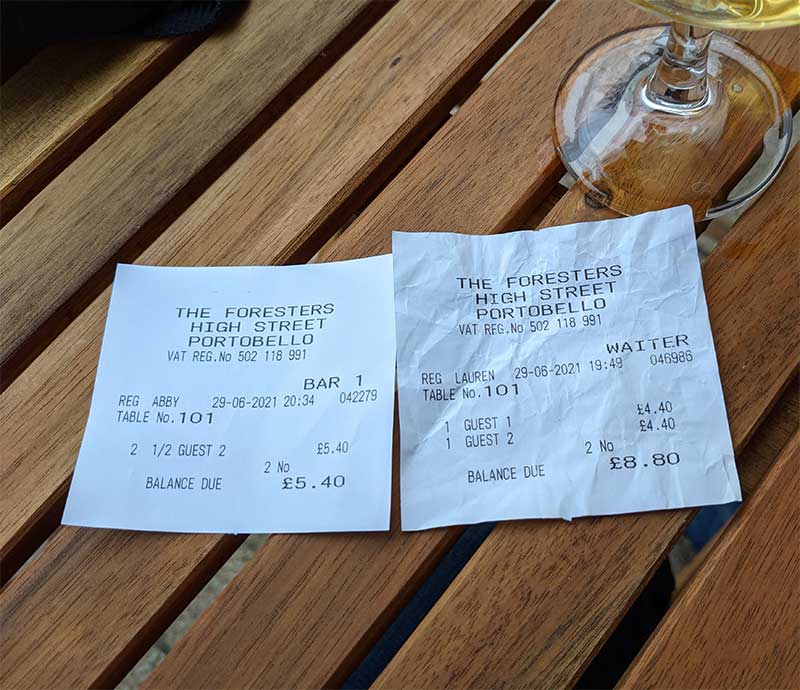 Two pints of beer ordered and the bill came to £8.80 and not in the city so okay, prices are up a bit but that's fine.  We decided that we were going to go back by train and looking at the timetable discovered that we had a 25 minute wait until the next one.  We decided to have another half pint to fill the time.

The waitress came back to the table to deliver our drinks and presented the bill which was £5.40.  I'm okay at arithmetic so we queried the bill and were fobbed with some tax or otherwise dubious legal sort of excuse, nothing really quantifiable.

We are in favour of supporting pubs and the pandemic has hit them hard.  Actually it's hit everyone hard but to charge an extra pound to have two separate glasses is a little bit steep in my opinion.  A pint for £4.40 and a pint for £5.40 with the only difference being two glasses instead of one, is that justifiable?

I used to think that this pub was quite quaint and I've taken people there before.  Maybe I won't bother any more.  In fact I probably won't bother going there myself.

Fed up you are absolutely correct but i feel that it has always been the case you pay slightly more for half pints rather than full pints, and sometimes i prefer half to pint but works out cheaper to drink pints, which is unfair, technically, it's a principle thing. Also, it's not only ripping customers off but encouraging people to drink more.
15/08 LancashireLass
-1

Thanks for the heads up grumpyoldwoman - sneaky little full stop deleted and user blocked. When will they learn?
13/08 Kenny (site admin)
-1

Davidson, that's a sneaky little full stop! Unfortunately most of the contribitors on this site are based in Britain so you have wasted your time.
13/08 grumpyoldwoman
1

It's not fair, dude. Next time, better to be sure of the pricing before ordering something. Pubs really hit hard by the pandemic and their pricing might raise to cope up with their losses.
13/08 Davidson
-2

Looks like someone let the kids out of school early again.
11/08 Fed up
0

Its a pound big deal, was it from the Scumhole Wetherspoons by any chance? BTW if it was you're brave admitting on here you frequent vile places like this.
10/08 Mr Goolagong
-3