This will no doubt upset a lot of people but I hope to raise awareness for our side of the story.

I work as a sales assistant for a small family shop and am reminded on an almost daily basis how petty and untruthful the general public can be.

People will buy items from a shop, use them for a while and then maybe several weeks later return the item and ask for a refund because they don't want it any more.

We know and they know that it has been used...

It is often very difficult to explain to them that we can't take an item back after it's been used.  I wish I could just tell them that they are being dishonest, but then it would probably be classed as slander.  We know and they know that it has been used and no longer needed, for example a ruler, a portfolio, a pen or a book... but you just can't tell them that's the case. 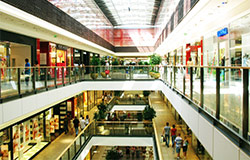 I usually try to stand my ground, but it is upsetting to me and other customers when those people start shouting and yelling, demanding their money back.  I am not the owner, but as a matter of principle I refuse to bend to bullying and frankly dishonesty.  I blame the large stores that won't stand their ground when people return used items for refund.

... more often than not it's the middle aged, nouveau rich people who seem to be the problem

I have also noticed that more often than not it's the middle aged, nouveau rich people who seem to be the problem.  Well I guess that's probably why they're the ones driving expensive cars and going to exotic locations for holidays.  They don't have to pay for the day to day expenses like everybody else!

I bought my daughter some shoes 2 weeks ago. She wore them for 30 mins in the house and the bow fell off. My husband took them back to the shop the following week and asked for a refund. The manager told him our daughter had clearing damaged the shoes herself and would repair them as a gesture of goodwill! I've been back today to collect the shoes and told her I'd like my money back. I've pointed out that they are not of reasonable quality as they couldn'nt withstand 30 mins wear and that I was entitled to a refund.
She refused to listen, I stood my ground and she called the police to have me removed from the premises. To add insult to injury her assistant told the police officer that I had been cruel and abusive to my daughter whilst in the shop.
I can't believe that this kind of shoddy customer service is still acceptable.
12/03/11 Shoddyshoebox
-1

Well I had a good experience recently - and being an honest consumer was delighted! I bought two of the boxed plug in air fresheners, popped them in my basket and paid for them etc. Getting home I opened the boxes to put them out and found that one of the boxes was empty! When I looked closely at the box it appeared to have been opened - so the conclusion I came to was that someone had nicked the plug in and put the box back! Now I was annoyed but didn't really see that there was much point complaining to the store because how could I prove that I hadn't just taken it out myself? A few weeks later I bought another one from the same store and as I was paying asked the lady on the checkout to check the box and explained what had happened previously, the manager happened to be stood next to her and heard. He asked me why I hadn't brought the box back and told them, I replied that really I couldn't prove that the box was empty when I left the shop so didn't see the point, especially as the box appeared to have been opened already. He then very kindly told the lady on the till not to charge me for the plug in I was buying and apologised! It really made my day and cheered me up no end, I use that shop all the time and have never had cause to complain before - not that I did this time - but when he said "We like to look after our regular and valued customers" I was dead chuffed! I can't imagine the type of person that would need to steal an air freshener plug in but kind of pity them!
14/02/11 anon
-4

Here here!! - I own a small family business and have started selling on eBay. I find the general public very dishonest. One of our customers bought a vacuum cleaner and used it, 6 days later we had an email stating that under distance selling regulations they want to return the item! - Its used, can't be resold as new and is not worth any money now. Customer will post negative feedback if not returned etc.
14/02/11 leenboy
1

Amen! I am a manager for a maternity store-specialty store. Pregnant woman wear our clothes and return them after use. No Lie! We have habitual offenders who do this to all of our stores within a 50 mile radius. Our company allows these "thieves" to continue to steal from us but will take legal action if an employee steals from the company. They even have "alerts" which trigger corporate if a store is not open on time. Then District Managers & Regional Managers give the employees a hard time when her ADS/UPT is not at standard. RETAIL IS SET UP TO FAIL THE EMPLOYEE.What about my good customers who abide by the return policy? They get nothing!
19/06/10 MHMsuks
-2

Jay, it won't do their reputation any good but they were within their legal rights to refuse a refund.
11/05/10 grumpyoldwoman
0

I recently bought a handbag as a gift from a small independent shop. I returned the bag 2 days later with the tags intact and the receipt. In between the shop assistant being rude, aggressive and using disgusting language to me, I was told that they have a policy that no returns and no credit notes are issued. I was then told to leave the shop. I wondered if anyone else has had this kind of treatment by an independent shop.
11/05/10 Jay
-6

But I bet we can all recall a time that we have gone into a store with a legitimate faulty goods claim, and been fobbed off with excuses or false repairs,

I bought one of the first video camcorders in 1988, and kept I taking it back to currys with a juddery picture problem, all they did was clean the head, gave it me back, try that sir, send it to the engineers for two weeks, and right up till the guarantee running out, still kept fobbing me off,

Clarite I am in total agreement with you.

My business also suffers from this type of dishonest customer.
We have the same difficulties with people returning items after
unreasonable amounts of time. A common trick is that people
will also purposely damage an item and then claim it broke
through 'no fault of their own'. We know the truth but sadly the
rules and regulations governing consumer protection are not
well balanced. I agree that these rules should be in place but
feel that they do not offer the retailer a fair playing field.
31/03/10 jbmcr
-1

One of my students has told me, on reading my comment, that I have not explained myself properly. I reached my conclusions through studying speech patterns and vocabulary (eg frequent usage of the verb "to screech"). The new comments posted by Negative Noreen, Mr. Hicks and grumppyoldwoman (with two p's) confirm my hypothesis!

However some of the comments posted under the name GRUMPYOLDWOMAN are actually posted by the original grumpyoldwoman who apparently sometimes has a problem with her browser. She has just experienced the problem again and I can confirm that it is genuinely her! This seems to occur on just one "gripe", regarding working parents.

Hi, I'm a Professor of Semantics. I've been studying this website and have come to an interesting conclusion!
The new posters on this gripe known as sulky stanley, Negative Noreen, and Enid Ollerenshaw are 99.98% likely to be the same person who impersonated grumpyoldwoman (the original one that is), using names like GRUMPYOLDWOMAN and grumppyoldwoman. They are also 99.96% likely to be the same person as the one who calls himself Mr. Hicks.
Hope you all find this as interesting as I do; it might put some comments in a different light!
08/09/09 Prof. Ligate.
15

Simon, I do not know who Mr Hicks is but sulky stanley is spot on about grumpyoldwoman, she is a liar and very, very hypocritical. I wish she would get a life and just leave the rest of us alone.
08/09/09 Negative Noreen
2

Oh come off it Stanley! You accused grumpyoldwoman of being a liar and she proved you wrong, admit it!
You can't call her a hypocrite either cos she said it was her at the bottom of the comment.
Are you Mr Hicks using another name? If you are you can't talk can you?
08/09/09 simple simon
-2

All you have done grumpyoldwoman is to prove yourself a hypocrite as well as a liar!!
you screech about other people using your name and then go and do the same!!
for gods sake woman, at least have the courage to reply using your own name!!
07/09/09 sulky stanley
-5

"I've also noticed that more often than not it's the middle aged, nouveau rich people who seem to be the problem"
'Clarite'

If you haven't been around long enough to know who Hicks is think yourself lucky!

As to the url connection, it has recently been made impossible for someone else to use my name EXACTLY as I type it because I complained to site admin after someone else started using my name to post pi$$ taking comments. But the comments they posted under my name are in my total!

ALSO the site does not otherwise recognise variations in name made by varying upper/lower case as far as total comments goes; witness the fact that MikeP is listed as mikep in the top posters list! Do a search for comments varying the case like I said!! This is PROOF that if someone uses a small variation of my name it will go on my total.

Get your facts right please!

To prove that someone can use another poster's name and bolster their total, this is grumpyoldwoman, signing as..
07/09/09 sulky stanley
0