A few days ago I enquired at MFI if they did a voucher scheme as I am getting married soon and would like vouchers instead of presents, plus the fact the store is conveniently situated just down the road!

Amazingly, MFI do not have a voucher scheme but I have since found out that Homebase do so.  Hoorah!  Also, there are items you can buy exclusively on their website, which is massive in comparison to the "real" store.  In fact the site is very similar to Argos so I reckon they are one and the same.

Anyway, onto my gripe about MFI.  As the store is just down the road I went in there with Mum primarily to look at kitchens.  To avoid being followed around by the salesman I politely told him that I had to decline his offer of "help" (i.e. him selling me something), because MFI do not have a voucher scheme, I will therefore have to buy a kitchen from Homebase...who do have a voucher scheme. 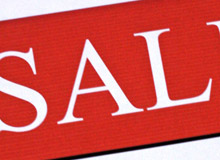 He seemed perturbed that I mentioned a rival of theirs

"Oh, right, OK then" said the baldy, small, bespectacled salesman.  He seemed perturbed that I mentioned a rival of theirs but I never thought anything of it until later on.  The expression on the face of his colleague also wound him up as he seemed to be laughing at what I said..

On our way out Mum and myself watched an in-store demonstration of all the storage solutions of a very modern kitchen range on an LCD telly.  This was out of curiosity as we had no idea what the functionality of the drawers were as it's not clear in the shop itself.  Then came "baldy boy" with his entourage who made a point of telling me (loudly) as he walked past that "you can't get this range anywhere other than MFI, it is exclusive to us so you wouldn't be able to buy it in Homebase, shame that isn't it?"  To which I should have said "I don't really care because it's not worth the money.  Talk to me like that again and you die" - but I didn't.  We left the store in a hurry instead!

Afterwards, I was seething about what this "salesman" had said to me.  How dare he show me up in front of other people like that - just because MFI don't do a voucher scheme it's not my fault is it?  It's MFI's and I have told them so on their feedback form online, and complained about "baldy boy" as well (needless to say I didn't call him that on the form).  No wonder our local store has hardly any customers in it.  I predict a closure very soon.  Watch this space!!

Argos furniture! After recently purchasing a leather corner unit from argos for £800. we should have been sitting comfy. After a month one of the cushions you sit on started to sink and not return to its shape. I contacted Argos and they sent out an upholsterer to access the unit. After another month of hearing nothing and the cushion getting worse I phoned argos back I was told the upholsterer found the problem to be fair wear and tear. If I want to pursue the matter I would have to pay for an indipendant report and submit it to Argos.

What a joke! No one in my family is over twelve stone there are only three of us and we are all out of the house from seven am until six pm usualy in bed by eleven. Fair wear and tear? Argos are selling rubish at ridiculous prices then wont even acknowledge is a problem this is nothing more than theft. How disappointing I will never use Argos or Homebase again.
15/10/08 D9
-6

over half of mfi stores are closing and all staff are fearing for their jobs - ever thought he may be having a bad day? - do you not read the papers?
14/10/08 kit
1

Please avoid using MFI at all costs as it took them 4 months to deliver our order, although they took the money straight away. No one at MFI thought this delivery time was unacceptable either!
26/08/08 Anon
7

Well no, it's not something I'd say either but could imagine some hooded delinquent saying it.

I imagine they're all sat in their staff room patting the rude man on the back for a job well done in humiliating a customer.
03/03/08 Youthful Griper
13

I didn't say "Talk to me like that again and you die" I just thought I should've done because of the way I was humiliated in the store. No way would I say that "in real life" because that's not how I've been brought up. I protested by walking out of the shop. Incidentally, I have not heard from the MFI website after I complained about this man via a form link. Can't say I'm surprised.
01/03/08 Jane
-6

MikeP I agree with your comments about Staples and PC World. I do the same because where I am, both stores are in walking distance. I only go to PC World if i'm desperate as I find them more expensive than Staples.

Jane, I wouldn't have said "talk to me like that again and you die". They'd probably have called the police, even if you weren't being serious. Oh and the reason why MFI stores are empty is because they're overpriced!
28/02/08 Youthful Griper
6

Good for you. I had a similar experience at PC World when I walked in there carrying a packet I'd purchased at a nearby 'rival'. First the guy said: "I see you've already done your shopping then", which I thought was fairly innocent until he asked me what I'd bought at the other place, which was a wireless router. He then made a snide remark implying that I was stupid and should have gone to PCW in the first place. As I wanted to look at laptops, I ignored the remark and let him show me a couple of laptops, I already knew what I wanted and just wanted to confirm a couple of points and get their prices.

After he'd smarmed over me for 10 minutes trying to upsell, and proving that he knew stuff all about what he was selling, just what he'd learned by heart, I went back to the first store and bought the same laptop he'd shown me, and then went back and told the manager at PCW why I'd done this.

The first store was Staples, where I've always found staff knowledgeable, helpful, and not pushy. I'll gladly pay a few pounds more for that but often their prices are competitive.
28/02/08 MikeP
-8