Here we go again, more strikes from public sector employees.  Can you believe it, they are being asked to pay more into their pensions, (just like the private sector workers, well those who can afford one) and their pensions won't be worth all that much when they want to retire at 55 years of age, so they will have to work until they are over 60 years old!

So because their work and retirement prospects are now coming into line with the rest of the working population of Britain, they feel compelled to try and disrupt all our lives by, amongst other things, closing schools and bringing airports to a virtual standstill.

This of course will force lots of private sector workers to be away from work too, the end result being a loss of a days wage for some and business connections and deliveries being missed.  None of this will bother the average public sector worker because our taxes will ensure that they will never really see the true cost of their selfishness. 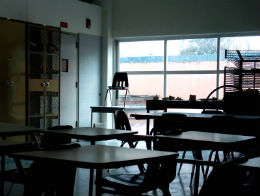 No doubt all the representative unions will be having their say on why public sector workers are so hard done by, but let's not forget that the current financial crisis in this country is due largely to the "borrow our way out of debt" attitude of the previous Labour government that was hugely bankrolled by these same unions.

And yes, we all know that public sector workers pay taxes as well, but they are only paying from a wage that was generated by tax contributions from the private sector in the first place, their taxes are not new money into the system.

We are all feeling the pinch at the moment and will be in years to come, that's why we should all be pulling together instead of constantly having one section of the working population demanding more from those who have already seen their retirement plans vanish and can not afford to be squeezed for more, and who would loose their employment if they adopted the same aggressive tactics as the public sector.  We cannot be held to ransom.

I see the teachers are again talking about going on strike, not for the kids benefit, but because they want their gold plated pensions and pay protected. Well you lot can think again, you'll take what the rest of us public sector workers get, what makes you lot think your are special. I'm voting for the Tories so they can continue with the reforms. If you dont like the heat in the kitchen, get out.
18/04/14 Porter
0

I think complaints made about particular posts should be made with extreme reluctance, and any subsequent decision to delete be made with an equal measure of reluctance.

Site admin on various sites can let the 'power go to their head', so to speak, although I am not suggesting that this is the case with Kenny in relation to Cornish Roy. I've no idea why his posts have been deleted but very much hope that the action was a result of careful thought.

Over the lengthy time I've been posting on this site, I've found that some people are so hyper-sensitive, or at least wish to come across as being so, that it becomes a form of passive-aggressiveness. Surely, the assumption is that we are all adults, and that some assertiveness at times may at times be misinterpreted. We all need to realise that the absence of facial expression and body language may mean that posts can come across in a different way than was originally intended.

I'm sure Kenny realises this.
02/07/13 miserablemoaninggit
2

Cornish child,you know the content of your comments are meant as nastiness that you wish to stir people up with. Looks like the last laugh is with all of us, we've curtailed you, (or rather Kenny has because of the complaints against you), so unless you start to act reasonably with your postings, you could be banned completely. And remember, it's no good changing handles, it's your IP server address that gives you away.
02/07/13 anon
0

That's right little buddy - another one you've had closed down - now you will go on to post about how much you 'value' free speech - laughable.
02/07/13 Cornish Roy
-2

"Kenny(site admin) has restricted us to 1 posting per day, "

@ Cornish Boy, Forgetting what one is going to say is medically referred to as Egit-itis, that's why Kenny deletes your comments because they are an annoying condition.
01/07/13 anon
2

Head down Boblet, I have the feeling a long preaching sermon is now being composed and will be heading your way soon.
Ps. Nice to see your back on top form.
29/06/13 Jethro
-5

MMG, sorry I accept that I should not have lumped the teachers in with the tricks played by the general Civil Service, who most certainly do book strategic holidays. Suffice to say that teachers must rely on sickies or social/family problems as a means of maintaining their salary norm, whilst at home or on the march.
29/06/13 boblet
-3

I never knew that Anon, are you saying that teachers are paying union subs and then the union gives some of the money to the Labour party who in turn then plan to maintain the Tory parties plans to restrict the teachers pay and pensions even further.And we've got some of these people teaching are kids economics. Doh.
29/06/13 Private Sector
1

boblet, we are talking about teachers striking in the Northwest. They have 'set' holidays. They are unable to book a holiday day to coincide with the strike day. It is not possible. The only possibility is if they are owed - for some reason - a day in lieu.

The vast majority of teachers will, of course, not be owed such a day. Therefore, their day on strike will cost them a day's salary.

I ask that you investigate your sources of 'learning' a little more in future.
28/06/13 miserablemoaninggit
-2

I am not sure myself Anon, hence my reluctance to vote. My opinion on public sector strikes is also a bit jaundiced after learning that most of them book a day’s holiday to coincide with their strike day.
28/06/13 boblet
-6