What's the point in struggling day after day making ends meet, paying your taxes and being a law abiding citizen?  Well if current prison conditions are anything to go by, spending your life as an honest, upstanding squeaky clean Joe Public is definitely harder than doing time.

No wonder they don't want to leave...

Prisons have become a soft option from what I understand.  They are more like cushy hotels than a place a place of punishment or rehabilitation.  I've heard reports that some of the more relaxed regimes have satellite television, video games and Internet access.  Prisoners can even get hold of drugs, mobile phones and sex whilst inside.  How can this be?  I don't even have satellite TV and I'm too scared to use my mobile because it costs an arm and a leg!  So much for the notion that "crime doesn't pay".  It may not pay, but it costs, and it costs the taxpayer dearly!

There was another case where a dealer regularly broke INTO a Yorkshire prison to sell "stuff" to the prisoners, yet none of the inmates felt the need to escape the same way.  Doesn't that tell you something?  They've got it easy in there all right and so no wonder they don't want to leave.  Maybe that's why criminals re-offend, because there's no incentive not to.  If they get sent down it's back to that cushy number again paid for by you and me! 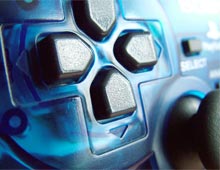 A spokesman for the Ministry of Justice tells us prison conditions are appropriate and that harsh regimes do not lead to rehabilitation or a reduced rate of re-offending.  Well, we don't care!  They've committed a crime so bloody punish them and stop putting them in these holiday camps where we are left to foot the bill.

We're told that there's a lack of staff and not enough prison officers to look after the growing numbers of inmates in our prisons.  Here's a novel idea for you.  How about you take away the nice things, the privileges etc. and then spend some of that money on more prison staff that can deal with criminals and treat them the way they SHOULD be treated!

Better still, why not have them do more work in the communities they violate.  I'm sure the victims would feel happier in the knowledge that they were paying for their crimes rather than having a relatively nice time in jail.

Well done old chap, I'll bet the other drugger up crim that tried to rob you did a runner when the going got tuff.
02/05/19 Jethro
6

The British court of appeal has upheld Whole life sentences for criminals that deserve it. Well done you Judges that have defied the EU human rights NUTTERS. Now let's hope we carry on ruling ourselves and making our own laws. Roll on May's EU elections and the chance for UKIP to win seats.
18/02/14 Vote UKIP
5

When it comes to prison spending it should always be more walls more bars more guards - not your fooking Sky TV or PlayStation for goodness sake! The officials who approved spendings on such things should have been sacked.

Fool does that apply to all the MPs wearing their rolex watches in prison !

When it comes to prison spending it should always be more walls more bars more guards - not your fooking Sky TV or PlayStation for goodness sake! The officials who approved spendings on such things should have been sacked.
27/11/13 Nick
-5

Prisons are outdated institutions of punishment. Yes perhaps appropriate for people that are danger to others. Where possible when complete lockup is not necessary than efficient tagging. Where the tag is surgically placed under the skin like animal tags. Restrictions are made on the persons movement. They are monitored. Thus enabling them to live in their own homes, and perhaps still work . Community service could be issued also. I found on the internet that it can cost 45 000 pounds a year to put a person in a prison. So they get a criminal record, loose their job and home. Come out probably homeless, and not employable and then end up as criminals in order to survive in the community and get back to prison again. Reducing the amount of petty rules would also help.
26/11/13 Marshall
0

I do know a few people who've done time here in the UK and they don't really talk much about it being good or bad especially but, and I don't want to sound like a soft-touch judge here, it's not so much the fact that prison is great, its the fact that people who end up there repeatedly for short sentences for petty crimes feel that their life on the outside is worse than the fact that their basic needs are met while in there.
The people I do know, one is currently back in for breach of licence, are drug addicts who steal or shoplift or sell drugs to support their own habits. If they were just thieving to earn money so they could better themselves I would say they would be doing financially better than the minimum wage jobs they could get. They are on disability benefits which is a joke if you saw them run away from police sirens, climbing over fences etc, plus the guy who's back inside was getting approx £150 per day nearly every day for his "work". I got £160(SHOULD'VE BEEN MORE LIKE 220 after stoppages( self employed, have other things on top of tax and NI come out) the other week for a labouring job doing 8-6mon fri. Im the mug here.
04/05/13 ahforfoulkessake
-4

Its very complicated what prison and punishment should involve,perhaps an automatic prison like a cross between an automatic multystory carparkand a battery of chicken cages should be better,witth each prisoner separate but in sight and sound of one and other,with just a box of food put into each cage would be better,like a round tower 50ft across and 20 stores high all made cheap like a chicken cage,also prisoners who owe money should have to generate electric by hand for the national grid
01/11/12 rc
-5

Kamal
How can you say that a UK prison is the worst in the world? I can guarantee that prisons in places like Syria under the reign of Asad are so much worse. There were reports on the BBC about the prisons over there and how people were tortured everyday for a piece of information which doesn't really help. I can tell you why that doesn't happen in UK prisons. Human Rights. The prisoners who have killed or robbed go into prison, live a better life inside, come out and then go in again on purpose. Yeah they may have to have a few rules and whatnot but think of the bigger picture! We are the ones paying!
Just think about that next time you pay tax.
31/08/12 ....
4

Any inmate reading this gripe - support KEN he will open doors to get you out of prison & hopefully put you back into paid work !locking people up is not the answer - get them out & working our community needs re building fast get the UK back on track !
30/05/11 UK move forward
-7

TruthBtold, Who cares a few of them topped themselves? Saves the taxpayers money! Woohoo! You dreadful liability you.
24/03/11 AJ
-13

Mr Hicks - I know a top city lawyer & trust me when I tell you people get fitted up everyday !
The police are the ones to watch nowadays-rapes , thefts , hitting people with batons etc etc
Ken has a good idea for prisoners get them out & doing as much work in the local community as possible , fixing pot holes , painting schools , clearing rubbish of the streets etc etc .
Just because someone did a crime some 10-15 years ago dosent mean they are still criminals!
Just take a look at the Barry George case ."he will do- let's fit him up "
02/03/11 The Jedi
-17

I think you are right GL. But the usual case of a person being sent down for a crime they did not do usually means the person has previous form for the type of crime they were sent down for. An habitual burglar may be convicted of a burglary he did not actually commit, but, so what? Honest law abiding citizens are almost never convicted of crimes they did not commit. It is because hollywood screen writers use the "innocent convicted" storyline so often that gives people like one & only the licence to make these questionable claims.
04/01/11 Mr Hicks
3

No, one and only, there are not lots of innocent people in prison. Tragically there will be a few isolated cases. However, the overwhelming majority are in there because they are nasty, wicked, immoral people and society needs to be protected from them.
03/01/11 Mr Hicks
-1

Prison ,well let me tell you lots of people in prison are innocent ,they have been fitted up by the police ,hey look how many people come out on appeal ?the police are the ones filling up prisons with their crap allegations and charges that they makeup!!
03/01/11 one & only
-5

The ford open prison riot perfectly illustrates the sheer wickedness of the criminal mindset. These people were given a degree of freedom in relatively good circumstances despite their crimes against society. What do they do? they riot and burn the place down!
01/01/11 Mr Hicks
-15