Firstly if all my 'pals' treated me in the manner this company has my family and I over the last few years I would have probably run off to the rocky mountains, built a hut, raised and befriended a selection of mountain goats, then gained their trust before regrettably slaughtering them to eat and have nothing to do with them again (after taking their money obviously).  My rather weird opening is starting to sound like the behaviour of a company a lot of us know and loathe.

PayPal - Where do I start?  So many stories to tell that I don't have time for them all so will start with the first, one around the middle and the most recent and arguably most ridiculous of the lot!

For those of you who don't know PayPal they allow money exchange (for a fee) between different or same currencies within UK and outside.  Not the only company who do this kind of service but the biggest of them I would imagine by some distance due to their eBay monopoly (you can only use PayPal to pay for eBay transactions) which I believe has several billion transactions per day, although that statement was not clear on the definition of a transaction but you get the idea of the scale.

So about 7 years ago the fun started.  I used eBay a couple of times, no major issues.  I then sold a laptop to a chap in the U.S., got proof of postage, tracker etc.  About a week later he claimed he got an empty package and sent a photo of the package torn open.  It was my package for sure.  He immediately opened a PayPal dispute.  So they asked him what he was expecting and he said medications or something (which would explain a lot) and asked me for proof of postage which I promptly sent showing date, weight etc and figured that would be the end of it.  I took screenshots to prove everything.  I did not know at this time that PayPal favours the buyer 9 times out of 10.  Anyway received a message a few days later along the lines of "As you have not submitted postal proof we are refunding the buyer" and took the £400 out of my account!  I showed them proof that I had co-operated - not interested.  I believe in these instances they try to take the money from any card on the account so I cancelled them all which was a major hassle.  I never used account again and ignored their emails afterwards as they had defrauded me in my opinion and sided with some buffoon who clearly stole the item and claimed the money back, which they seemed more than happy with!

About a year ago I tried opening another account.  Made a few small transactions (£50-£100) before account got blocked as they linked to previous and demanded full payment.  They of course kept what was in there although it was not a huge amount.  £40 or so.  Still annoying though.  I do accept part of the risk on this but thought they might have got over it. 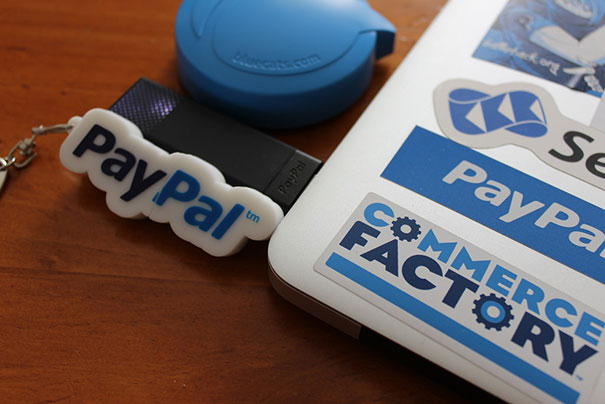 So anyway a few months ago I was planning a short trip so put a few low value items on eBay £10-£40 just to get rid and get some spare cash using my Dad's PayPal account which had nothing to do with me at all.  He gave permission of course.  Absolutely no problem with sales.  I also used the account to take 4 small payments, approximately £50 from friends who owed me money.  No problem.  I thought maybe PayPal had stopped their silly practices and moved with the times.  Oh no!  The account was dormant then for a month or more and then the email came!  I don't have the exact wording, but it implied the items currently being sold (there were none) were prohibited and to be removed immediately.  My eBay account was empty and no other selling was taking place, so I figured it was a simple error or a PayPal hack.  A simple chat will resolve this.  Haha - don't be absurd!

I rang customer services and explained that 4 of the transactions were not sales and that the ones marked 'eBay' were.  Total transactions only a few hundred quid and the account is barely used.  He seemed happy enough and rather perplexed about the lock on the account.  He said to give 24 hours and it would be resolved.  So job done as far as I was concerned.  I expected an unlock email along with an apology.  The next day my Dad received an email saying his account is permanently locked due to "the excessive risk involved with his business".  WTF?  A few hundred quid and there is no business and never was.  A few small transactions and that's too high risk for them to run?  I wasn't selling missiles to North Korea and none of the sold items were illegal which is what was being implied.  So another PayPal account locked.  I can't even use normal cards on guest checkout (for either of us).

How can they operate in this manner?  Taking money from innocent people, using rubbish excesses about risk and locking accounts with money in them, Just to finish I was told yesterday a friend send £200 to the wrong email and it would take 7 working days to get back, but took them a nanosecond to remove money from her card.  Surely this must be illegal?  They are not regulated I believe and so can do as they please.  I suppose neither is loan sharking but at least you know the score there.  Basically using either will cause you physical, financial and/or emotional pain.

PayPal is a disgraceful company and basically a bunch of cowboys who do what they want.  Some people like them but why are the courts not tackling them as they have been fleecing people for years?  Yet Uber who save people money are being hauled over the coals.  It's a total disgrace.  I would complain again but it's pointless!

Taking money from innocent people, using rubbish excesses about risk and locking accounts with money in them. It's a great business (for them) it's like printing money. Now if you have paypal integrated into a platform that also charges fees when your customers use it, that's even more cutting into your profit. SL Concrete And Masonry
26/11 Mae
0

PayPal is the biggest Pile of shit in the world.... Bunch of cheeky piss-taking cunts... They think they are above the law and can do what they want... Absolute joke of a company.... Do not use this shit so called service under any circumstances... They will make up any excuse to not give you your own money
19/06 Fuckpaypal
6

I like the post which you shared here and thanks for sharing this to us. Please visit also our best painting company Newcastle
09/03/21 johnlead
0

I don't have any issues with Paypal, but thanks for letting me know the possible future problem. I'll share this with my Mom in Cleveland who constantly makes a transaction in Paypal. :)
05/03/21 Mitch
0

This is these kinds of an ideal resource in which you will be giving and you also present that apart regarding complimentary. We offer waste removal service in a large area.
17/02/21 wilnewell712
-2

Overall, not bad. He just shouldn't have mentioned the lame joke halfway through the article but the conclusion fortunately salvaged it.

Also there are plenty of paypal scams it is not as safe as people think, but they are mostly designed to scam sellers, since the scammers rely on paypals refund policies and lack of support. The only people protected from fraud are themselves, since they do everything to make sure they get paid and you don't get your money until they do. This even includes keeping their end if you issue a refund. Totally unethical organisation.
15/05/20 Paul
-1

Most people on paypal are buyers, so they don't see the shenanigans they are playing on sellers - where they make a lot of their money. Their fees are extortionate and they hold payments for stupid amounts of time, lock accounts at a whim and have appalling customer service if you need recourse. If buyers don't care about sellers they should take note - we have to put that charge back to you to make a profit. So we get charged *high* fees every time you make a purchase, and then there is the cost of using pp with suppliers who charge that back to us too - ultimately, you! Now add the fees you pay on top of that. It's a great business (for them) it's like printing money. Now if you have paypal integrated into a platform that also charges fees when your customers use it, that's even more cutting into your profit. You can end up paying 10% of the *retail* price for an item when all this is factored in. Take away the cost and you are not left with much at all - then there are taxes. If buyers would be more open to other secure payment methods it would help everyone a lot. Paypal is out of date, there are so many alternatives and with secure websites and browser autofills, direct credit card payments are just as fast if not faster than paypal. I hate this company they can kill a business and because they are so popular, not having them badly impacts sales.
15/05/20 Paul
0

as of at the moment, paypal are in my reasonable books. I [accidentally] downloaded malware earlier this year, which sent my paypal login to someone. £500 un authorized purchases from my account. paypal (correctly) froze my account, I flagged up the 3 bad purchases, had to do a bit of re-clicking and re-confirming, but short story is, paypal did refund me £500. I guess if sending high value items, insurance is important. paypal COULD make it EASIER to get in contact with an [actual] human being.

btw don't trust crackingpatch.com (that isn't where I got the malware, but still don't trust that site. riddled with it).
29/11/19 Dave
-1

This article is truly for today’s thinking reader. I like this article for its honesty and original content. It’s not easy to write informative content, but you have done a great job with this material.

I really loved reading your blog. It was very well authored and easy to understand. Unlike additional blogs I have read which are really not that good. I also found your posts very interesting. In fact after reading. I had to go show it to my friend and he enjoyed it as well!
- happy wheels
11/09/18 happy wheels
-1

You obviously have an issue with PayPal, but I assume you had insured the laptop in transit to the US, so at least you are not out of pocket?
I always insure anything I sell on eBay, it costs a pound or two, but sending anything worth £400 without insurance is folly. I suggest that PayPal's refund and recovery policy is based on people being sensible and insuring items in transit. I appreciate the buyer has probably scammed the system, or he has dishonest mailpersons or neighbours, but you will get the cash back from the insurers.
29/12/17 Banner Man
2

I have to say I have never had an issue with PayPal, but as you say the volume of business they do means some problems are inevitable.
However, your experiences, especially with the guy in the US, explain why so many eBay sellers will only sell to certain countries, for example I would only sell to the UK, even if that restricts the price I get.
While not defending PayPal, you did in effect misrepresent yourself to them several times after the initial issue with the laptop.
29/12/17 Timelord
-1