I have had a dire time with Sky from the start.  After being informed they would arrive in the morning, the installers turned up after 3pm.  They then insisted that a 15 fee had to be paid to install wires, and if payment wasn't made, then they would have to come back another day and waste a whole day again.  Sky admitted these charges were bogus.

returned to the front room ... I then noticed the Playstation had gone

Two installers had arrived, and even though the website states it would take about half an hour to an hour for one installer to do the work, it took them 2 hours!  So two hours later they left and it was then I realised items were missing from the house, namely my playstation.  I know this for a fact because I had moved it away from the telly so they could get access.  When I returned to the front room, I tried Sky, which was working and flicked through the channels.  I then noticed the Playstation had gone.

This was 14 Months ago and Sky does not give a damn about this.  I have written letter after letter and tried to phone, but nothing has happened and these dodgy installers have clearly gotten away with it.  It pains me to read comments from ex-employees that installers have been known to steal items from customers.  I would like to know how many complaints of this nature Sky receive? 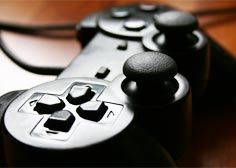 SKY it would appear, could not care less about the theft of items from my property, in my own stupidity I remained customer, thinking that it would be easier to resolve the matter.  This was not the case.  When I cancelled, I received a patronising letter from Sky about their excellent customer services!  The only thing Sky have promised is that they would refund the costs of phone calls and postal costs - They then lost the receipts and bills I sent.

SKY is an absolute joke if anyone knows of similar incidents, please let me know as I believe that this isn't the only case.  Thankfully I have easily convinced many friends, family and frankly anyone who will listen, who were considering Sky, to not bother.

I had a 128 gb memory stick stolen while tv man was sorting my telly. i informed the police and they are looking into the matter
23/10 josie
0

I had sky tv installed about 6 months ago, it wasn’t until about 2 weeks later I realise I had a £100 bottle of perfume removed from the box missing. I received it for Christmas 2019. When I discovered it had gone I asked my family members if they’d used it. Nothing had ever gone missing g in a he past and when I back tracked to the say I’d last used it it was the exact day of when the women from sky installed my tv. I was out shopping on the day and left her with my daughter and apparently she spent a lot of her time in my bedroom. I haven’t followed this up as I have no concrete proof but I’m pretty certain it was her that stole it. Please be aware this could happen in your property when your not keeping an eye.
01/11 Shelley 49
0

I recently had Sky Q installed, as I wanted multi room he had to go into my bedroom. He seemed very nice and took time explaining everything, but the day after I came to use my expensive perfume and it was gone, it did sit in full view near to the door, I only ever lifted the bottle out and left the box sitting in a wooden tidier, I only wear it when I go out and it's never used anywhere else other than my bedroom. Even though I know I haven't moved it, I have spent the last week searching everywhere-places I knew it wouldn't be. He is the only person who has been in my bedroom other than myself, I don't want to believe he took it, but I have no other explanation!
30/05/19 Maureen
3

I have just moved house and ordered Sky home move as part of this. I had several gift cards on the kitchen work top totalling £120, when the engineer arrived I swiftly put these in a kitchen drawer so they were not easily accessible. I was certain he had not seen this. Although once the engineer had fitted the Sky and left I went into the drawer to see the gift cards had gone. I’ve searched high and low all over the house and in the bins and cannot find them anywhere. I’m convinced the engineer took these when I left the room. Can’t prove it though! Disappointed I’d been so trusting.
08/10/18 Lainy
2

I had 2 sky engineer my box is in my room. One was in the living room and the other man was in my room.
Two necklaces are missing and they mean a lot to me. I have realised few days after, I was heartbroken and sky does not want to hear anything.
26/02/16 Marie
1

Hi barney the same has happened to me my daughters iPod touch and my eldest daughters Nokia 520 went missing! We live in Durham I have the engineers mobile number which I have contacted and had no reply from, I have no idea if I should contact the police?
30/09/15 Leanneh
1

It would be good to find out which area these dishonest people work, so to advise the police and Sky.
I had a gold bracelet made up from my grandmothers and my mothers engagement
rings (the only things I had left of theirs to remember them)It was in a bowl in my bedroom. The only person to go into that room was the Sky Engineer.
I noticed the following day that it had gone !
What do you do I was heartbroken.
14/05/14 horrible people
0

Have just had sky multiroom installed in two rooms. This evening my mum asked for her money pot of two pound coins there was over two hundred pound in this pot. I got the pot from her drawer and found that it was empty someone had stolen all her Christmas money! The sky installers have been the only two people that have entered our home that have not been known to us . we have asked family and friends if they have touched the money they all have said no as they know if they had needed the money we would have happily have given it to them so they had no reason to touch the money. Think it is absolutely disgusting that we let these men into our home and the have stolen from us! Makes me sick to my stomach that scum like this are allowed to work for a massive company! I know that not all of sky workers are like this but am absolutely disgusted that sky will not do anything to prosecute these thieves! Definitely going to be having sky uninstalled and will not be having anything to do with them in the future!!
01/12/12 Scummy workers
-2

I was a sky sub-contracter for nearly 7 years, and it is disturbing to me that people think that all of the subcontractors are bad, because of one or two bad installs. I will tell you now that there are some of us who pride ourselves by doing good work. The problems that we used to encounter were sometime beyond belief, im not going to go into too much detail here, but customers would expect way, way too much for their "free" install, managers demanding that you "Just do it", for what 20 quid per install, oh and by the way most of the managers had the technical knowledege of a loaf of bread. Im sorry if you have had a sub-standard experience, but we are not all uneducated morons. When I first ventured out into this, what i though carre, we were well paid and well respected, that has changed, and im glad that i no longer work for thes companies that think they can mess with peoples livelyhood, and treat people like we are scum.
02/07/12 Fozzy
-4

yep i do.... i do... i do believe in a better service.and better customer care .maybe people who i can understand. who dont speak in broken english
30/05/12 i hate sky
-4