When I was at school, which to be honest was some considerable time ago, you went there to learn, to be taught and to obtain a good education in the hope that you could get a decent job when you left.  To my mind this is what a school is and the classroom should be a place that promotes learning.  It should be an environment free of needless distractions and a place where students should feel comfortable and be able to learn at their own pace and teachers should be able to concentrate on the job of teaching,

There will always be some form of distraction in the classroom and I appreciate that kids will be kids.  They'll sneak in things that they shouldn't, but I can't help thinking that allowing kids to have mobile phones at school is an intrinsically bad idea.  I can also appreciate that some parents want their children to have a mobile phone so that they feel safe in the knowledge that they are contactable at all times and can call home should the need arise.  These are some of the positive things, but there are a lot of negative things too. 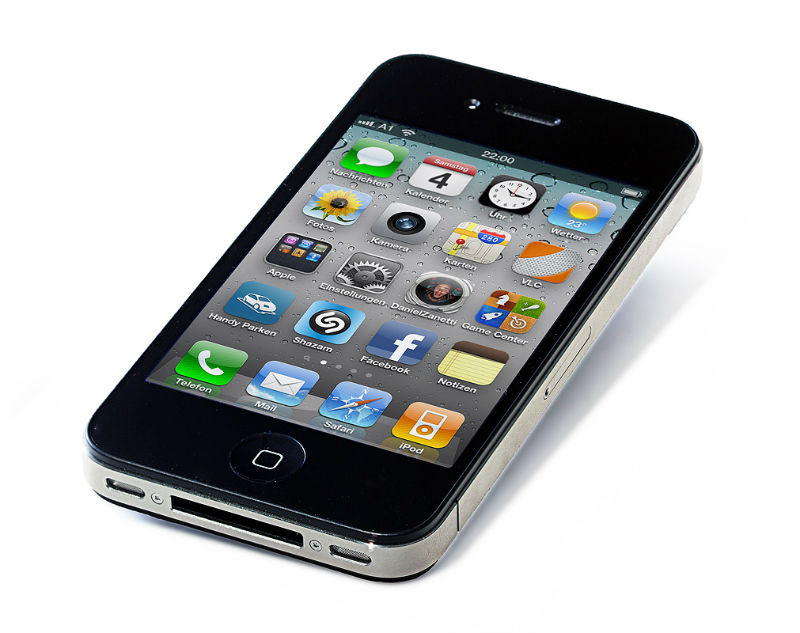 My step daughter was recently allowed to take a mobile school and the only reason for this was in case there was a problem with the school bus or that she was going to be late home for whatever reason.  This has now created a whole series of problems from bullying to, to peer pressure induced naging and a general obsession with mobile phones.  Apparently, these days if you take a mobile phone to school it has to be of a certain standard and a device that can make and receive calls, receive text messages and has a few games on it isn't good enough, regardless of the fact that it does have a touch screen.  If you don't have an iPhone or the latest android phone you are teased and bullied without mercy.  This isn't tolerated by the school of course, but the odd snide comment here and there will generally be under their radar and go undetected.  But the end result is a child who has a device fit for purpose who feels inadequate because it isn't the latest and doesn't do Facebook.  Now that by the way, is another battle all together.  Personally I blame the parents who get a phone upgrade and simply hand down their old model to the kids to use.  It creates a kind of competition to determine who has the best phone.  Imagine how it would be if the kids could wear whatever clothes they wanted?  It would be the same scenario, except it would be who has the latest, most fashionable clothes, who paid the most for their top etc.  This is one of the reasons we have school uniforms.

I would favour an outright ban on mobile phones in school but I can appreciate that that would be a hard thing to manage.  They should, however, definitely be banned from the classroom and ideally the playground and school bus too.  Perhaps some sort of secure locker system is needed.  Bullying in regard to mobile phones should also be dealt with more severly in my opinion.  These are just some of my thoughts on the matter and I'd be interested to hear what others have to say and have the experienced any of these issues?  Thanks for reading.

Never going to happen, you would not go out without your mobile nor will the kids. fundamentally I agree with you "Wingman" but the damage is done. I would give kids a basic mobile, capable of calls and texts during school hours (for safety) but they would still play games on those phones. Mobile phones are big business and the powers that be would sell ribbon wrapped plutonium to our children if it generated enough profit!
27/09/14 Aleedsfella
0

I totally agree it is just a distraction. Also don't the school have contact numbers of the parents and can tell them that way.
18/08/14 ANTIFACEBOOK
0

I can't help but think you seem to generalize here - not all schools share these problems with mobile phones!
Banning items in schools nearly never works, in my experience. Take a look at seemingly innocuous things like gum; even when banned, pupils insist on bringing such an item to school, even when the risks are made clear.

Normally, you have 5 lessons in a day - your locker system, if implemented, would involve pupils placing their phones into these lockers 5 times (once for each lesson) and taking out the phones 5 times, which not only wastes time which could be spent teaching pupils, it also opens up the chance for pupils to steal another's phone. And let's not get into how teachers, beleaguered enough as they are with work, would police mobile phones on the playground, of all places...
I understand your point; if kids are on their phones, they're not learning, and thus they are not using their time wisely. However, if pupils are on their phones in lessons rather than learning, then perhaps the blame lies on another problem.
16/07/14 DSG
0

Spot on, ban them in schools ! Most schools have no idea about the amount of time kids are wasting on tech.
02/07/14 dee
0

I'd have them collected and placed into a box together with their keys, a fluorescent pink box, picking them all up at the begining of the lesson l from all the students 9-5, all subjects.

Instead of being sat on their backside playing with their 'phones they can get out there and learn, maybe in time run the country.

A few months of this and they'll not want to play with their 'phones anymore after learning valuable lessons in class.
27/06/14 collar
0

Every teacher should have a a mobile phone 'jammer' very cheap from china.

Bet if they used it the parents etc would be up in arms, "it's their right innit"

"We can do what we want when we want, and sod everyone else," is the attitude of parents and their offspring.
Everyone is gadget, mobile-phone mad.
17/06/14 Stalag14
0

i totaly agree wingman, but would be near impossible to control, phones can be but on silent and hidden , do we pat down every child in an orderly line before entering the school, its never gonna happen. and i agree they do cause problems in schools and can be a tool of of modern age bullying, weve seen it on facebook and other social media sites. and what about exam times, a quick google to get ure answer. with ure silent i-phone in ure lap.
it happens believe me. kids in this new world of ever evolving technology is second nature to them now. the chalk and blackboard seem a distant past.
the mobile can be a good thing. parents like to know their siblings can get in touch at any signs of trouble. but it has no place in schools.
its a distraction,concentration level;s go down,they cause problems.
but what is the answer,does anyone know
16/06/14 treecreeper
0

You are right in every sense and the bullying and teasing is an interesting point. Kids being what they are forget that these latest phones have to be paid for by someone and it is usually the Bank of Mum and Dad that takes the hit. Be it a contract or pay as you go phone they always go over the limit on the contract (paid for by mum and dad) or they did not call to say they would be late (the primary reason for having the phone in the first place) because they had run out of credit (sending hundreds of pointless messages to nobody special). What kind of phones would they have, if at all, if they had buy them and run them from paper round money?
16/06/14 Lektronik
0

I think you have the root of the issue in the phrase "just in case" something happens and the student needs to contact their parents or guardians. The media convinces parents that there are dangers everywhere and substitute the purchase of a new phone for attention to their child.
Perhaps anyone under 25 should only be allowed a basic phone that can dial only three numbers?
16/06/14 Timelord
0

All new schools should be built as Faraday cages so that the only telephone and internet connections are via landlines.

All old schools should be refitted at redecoration time.

Use of a calculator does not impede numeracy skills

Too many heavy school books to carry