When you get on a bus or a train these days take a look around. How many people do you see quite literally glued to their mobile devices?  It's astonishing how things have changed in the last few years and whilst mobile technology, the Internet and I suppose social media has a lot of benefits there are also a lot of unfortunate side effects.

Modern teenagers seem to be the most affected, although the older ones who know better aren't immune either and constantly have their head down with thumbs tapping all over the place whilst the update their statuses or communicating with the person sat next to them. It's very sad and I wonder at the shape of things to come and whether or or not "real" socialising is going to be a thing of the past one day. 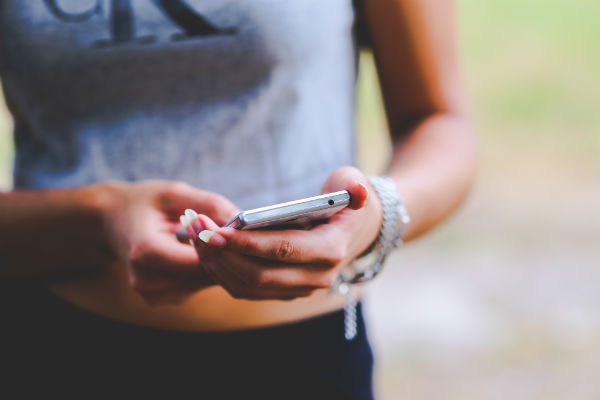 Back to those teenagers.  I'm in a unique position in that I am watching this transformation first hand.  You see my stepdaughter has discovered Facebook.  Actually, I say discovered but she's known about it for some time and been pestering to be allowed on there. We've resisted as long as long as possible feeling that it isn't a suitable place for young people, but so many parents out there are soft and don't give a damn what their kids get up to online.  Anything for some peace eh?  There comes a point though when you're fighting a battle that just can't be won.  The playground is the place where where teenagers are instructed (by other teenagers) what they have to have and where they have to be.  You've got to have a smartphone and you've got to be on Facebook, Snapchat, Instagram etc.  This isn't new and this has always been the case, it was just all about different things and I'm not even to go down the road of talking about cyberbullying.

They've got Facebook and smartphones and they're not afraid to use them.  Actually, the real truth is that they're afraid to be without these things.  Very, very afraid apparently.  Have you ever seen a WiFi seeking bandwidth consuming organism that hasn't had their daily fix?  You can literally observe them shaking, turning pale and looking so anxious as if they're about to faint.  They won't even go out the house unless they are sure they can find WiFi wherever they are being "forced" to go.  All very unfortunate, but what can you do?

Well for starters you can capitalise on the Facebook and Internet addiction.  No longer will you have to put up with piles of clothes left lying around, dirty dishes on the side and incommunicative grunts.  Hold them to ransom for their bandwidth and withhold the smartphone when they are horrible to their mum.  Clearly Facebook isn't the place to brush up communication and diplomacy skills!  Perhaps it sounds harsh but in an age when it's already difficult to keep teenagers in line any leverage that can be used is very welcome!

Shunned by their Facebook so-called friends, these Twits are rejected by Tripadvisor so-called location experts. Collectively they are not going to re-populate the nation in the next generation as all the girls using Twitter and Facebook will decide that Feminism and Lesbianism are a better the future for them.
11/09/15 Small Fry
-2

Brain-dead, got to have their fix, of Facebook etc.
Eventually they will all regress to grunts and yells to communicate in person, many of them already have.
20/08/15 Cycle-clops
1

How do you deal with a difficult stepdaughter?