I wish there was such a thing as a quiet bus in the same way that there's often a quiet coach on trains these days.  On a bus though there isn't anywhere you can go to avoid having to listen to all the gory details of someone else's personal life as they shout into their mobile phone.

I don't go on buses all that often, which is a good thing because I don't enjoy the experience at the best of times and yesterday's rush hour journey has really put me off.  To start with I had to wait for quite a while, which was okay because I understand how things work in rush hour; there's actually no real rushing, in fact things gradually grind to a halt which is why we all had to wait.  Presumably the bus got stuck in a queue of other buses and these were all prevented from moving by the headless chickens dodging in and out and running to catch other buses.  Most amusing to watch and our bus did eventually get to the stop.

...hadn't even set off and the mobile phones came out.

The bus was at capacity, but not so busy that people had to stand and I managed to find a seat easily enough, but the bus hadn't even set off and all the mobile phones came out.  That was when the 'fun' began.  I should point out that I have no objection to people making calls on the bus provided it's done discreetly and quickly.  Having to spend three quarters of an hour listening to one side of a very loud conversation isn't pleasant though.

The young woman who sat behind me wasn't the loudest but she definitely had the most stamina as she spent the entire journey glued to her mobile.  She was still on the phone as she left the bus after forty minutes.  Presumably her contract provides her with quite a bit of talk time.  I reckon she ought to patch things up with her sister though because family feuds aren't a good thing.  Oh, and she probably won't get that job if she insists she can't start work before nine thirty (so she can have a bit of a lie in).  Potential employers have many more willing candidates to choose from these days! 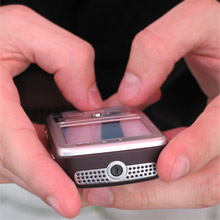 As for the young fellow wearing the high viz yellow jacket.  You were definitely the loudest on the bus and from what I can gather the most obnoxious person I could hope not to meet on a bus.  Sat near the back of the bus, I could hear you very clearly all the way down at the front where I was seated.  Some people make absolutely no attempt to reduce the volume of their conversation so as not to irritate other passengers.  Even if I'd had some headphones and music I probably wouldn't have been able to drown this guy out.  He was very full of himself, proclaiming loudly that he wasn't going to come out tonight unless everyone else agreed to go to a certain place, because the place they had decided on was full of drunks and he was going to be drinking coffee and didn't want to go to a place like that!  He then proceeded to give detailed advice on how to get text messages and calls blocked when someone was being a nuisance.  Yeah, well tell me about it there buddy.  If only we could gag you as easily, that way the rest of us could enjoy the journey in peace and quiet!

I don't think these are isolated examples.  People these days are often in their own little worlds either on their mobile phones or listening to their iPods etc.  That's all very well, but I just wish they'd have a bit of consideration for those of us who aren't 'plugged in'.

I find that buses are one place you CAN'T make a quiet fucking phone call - the fuckers are too noisy for that. A long while ago, I was on the 62 going to my antie Pat's and, as I was nearing Crocky (that's Croxteth for non-Liverpudlians) Park, I phoned to tell her this. At the time, I had a phone that you had to YELL down to make yourself fucking heard and it wasn't fucking helped by some coffin-dodger gegging in on the conversation - I practically told the old cunt to fuck off! I've also had some drivers have a go at me for swearing down the phone - I wouldn't fucking mind but I wasn't TALKING to them but they don't fucking care and they SHOULD because it's not them I'm fucking swearing at.

For those who don't like loud phone calls, then close your fucking ears! I remember overhearing some woman chatting on the phone about a surprise trip on the train somewhere...possibly London. I was quite excited for whoever was going on this trip but I said fuck all because it's not on to geg in on someone else's conversation...unless of course they're talking about you.

Fuck, if you ban phones on the bus then you may as well ban people from fucking LIVING!
18/06/18 gasworks
-3

There was a loud speaking young man today on our crowded bus. When he repeatedly used the f****** word I spoke up and said; 'Watch your language!'. He told his respondent, 'Some guy is telling me to watch my f****** language' I said it again. 'Watch your language, there is no need for that'. He actually stopped swearing in his continued conversation. A minor victory in the war!

I believe that psychically we are all able to communicate, non-verbally. Wouldn't it be nicer if we all could communicate telepathically? I'm sure that we shall outgrow the present dependence on electronic interaction. Can't wait. I think it's doubtful if one needs to 'SHOUT' telepathically! :-)

I admit I have conversations on my phone on the bus but I am quiet. I don't like it when people are either very noisy or playing music on the phone loudly
21/10/14 hello
0

Today, on route 189 from Brent Cross I told a young woman to lower her voice as she was talking on her mobile phone non-stop and very loudly too. In reply she told me I had no manners! Imagine that. And if I didn't like travelling on the bus I could walk. What she failed to notice was that I was travelling with my husband who has Parkinsons and his mobility is affected by his condition. The last thing I need is a rude young woman who hasn't got a clue how to behave herself in a public place to tell me I could walk if I didn't like her loud mobile phone conversations. I said to her that her manners were impeccable. Hope she got the message but I was p**d off.
05/07/14 LP
0

The damned things are a menace. Mobiles should be banned from any form of public transport as they are a menace, irrespective of what the service provider says and make them extra like the rest of the passengers..... not to mention the nuisance levels they cause for pedestrians,for travellers and the rest of us.. use them like the land-line home 'phones..
10/03/14 collar
0

Grab the phone and throw it out of a window, be prepared for a torrent of abuse and threats and actual bodily harm, happened to me couple of years ago, it's worth doing just for the look of astonishment on the perp's face!
09/03/14 Stalag 14
0

I always prefer to walk everywhere which is the main reason WHY I prefer to avoid going on buses!! What always annoys me in my city is that, more often than not, they only seem to provide a single decker on one of the busiest routes and the logic would be that if another passenger "squeezes" onto the bus, that the standing passengers should move up the bus but they don't... they will all clamber around the front of the bus, where the driver will need to shout more than once for people to move down the bus, but it's as though he's talking another language. They seem to completely ignore the request, although the odd person may be aware that "someone has spoken" and move! What's also very annoying, the bus driver will drive by without stopping, and woe betide anyone who is running to catch it, it's more fuel for the bus driver! I HATE THE WHOLE BUS CULTURE!!
24/05/12 P
6

Does anyone know if it is only the phone connection that is jammed or does it jam the horrible music that they play out loud as well?
26/04/11 Kit
4

Grant I have just looked up the adverts in my back issues of Brain Damage volume 1, there is such a device advertised, its trade name is Sem-a-4, manufactured by Richard Edward & co apparently there is no sound leakage whatsoever
30/03/11 Cynical Boblet
3

I'm keen to know if anyone is aware of some device, apart from a motorcycle crash helmet, that allowed one to carry out a conversation in a public place without hearing our being heard by others. Any bright ideas?
30/03/11 Grant
-11

Happy - I'm intruiged by these mobile phone jammers. I assume they're quite discreet if you can operate them on a bus?

Also, looking into the legailty of these devices, it seems that those stupid laws of it being legal to own one but illegal to operate apply. I can never quite understand the logic behind such laws - what's the point in owning something you're not going to/supposed to use. The same law applies to airband scanners which aviation enthusiasts use to listen in to ATC chatter at airport viewing locations. Even the police aren't interested. A busy, pro-enthusiast UK airport I sometimes visit, enthusiasts quite clearly use these scanners and the police which patrol the perimeter obviously don't want the hassle, thankfully. Such pointless laws should be scrapped.

Still, those mobile phone jamming devices sound like they bring you a whole lot of fun! :)
23/03/11 Youthful Griper
-16