I've just called T-Mobile as my contract has come to an end and I intend to use a pay as you go sim with my new Android phone, which I purchased recently.  I called them a few months ago whilst I was still in contract as I wasn't sure about the process of getting a PAC (porting authorisation code) and terminating my contract.  I was told to call back on the day itself, the 24th as it happens.  Unfortunately I couldn't call back that day because I was abroad at the time and wasn't about to spend a fortune trying to call the UK and do this, so I waited until the following month when I returned.

That was today and although I now have a PAC code I'm absolutely fuming.  First of all I was transferred to the special' department for people who wish to leave T-Mobile and then had to endure the hard sell because they didn't want to loose such a valued customer.  I find this really annoying.  I've called because I've already made up my mind and all I want to do is get it over and done with.  I don't want to spend quarter of an hour (or even 5 minutes) on the phone justifying minutes, texts and the details of my new choice of provider.  By the way, unlimited Internet isn't the same as a 3GB cap with a fair usage policy.  How can you call that unlimited Internet anyway? 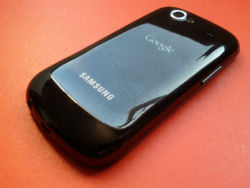 PAC Code - I'd need to give 1 months notice

Okay, so I've finally got it through to them that I'm leaving and then I was told that I'd need to give 1 months notice and that the PAC code could be used at any time during that time.  I asked why I wasn't told this the last time I called and the reason was that I wasn't eligible as I was still in contract.  So in a nutshell, if you want to take your number at the end of your contract you have to pay up for an extra month.

Is it me, or does anyone else think this is a bit of a con?  Why can't you inform a month before your contract ends that you intend to leave (preferably without the hard sell) and that this is you're notice period.  You would then call back on the day you're contract ends, get your PAC code and skip off into the sunset with you're new mobile provider.  Do they actually think that forcing you to stay with them for that extra month is going to make you change your mind and just stay put?  Grrrr..  It's yet another annoying thing in life.  Mobile operators are a law unto themselves!

I got a slightly different story from them. Just called for my PAC code and was told i'd be charged 30 days notice form when the PAC is used. Out of contract completely at the moment.

I was under the impression it should be give the notice period to cancel completely or take a PAC and pay up to when the transfer happens like it is with a broadband MAC code.
15/10/11 gb
1

The mobile companies are all out to screw you however they can. Nothing you can do about it except get rid of your phone
01/10/11 Don
23

The meaning of "unlimited" in the dictionary is not the same as the advertising industry use. I have a 5GB limit, but for my use that is effectively unlimited, and 3 were honest enough to tell me exactly what going over it would cost me.

You might like to compare this with the advertising industry's use of the words "free" and "save".
29/09/11 charmbrights
18