Old people who think it's easy to get a job these days: It's not 1965 any more.  It's not like you can walk out of one job and into another.  Walking into any job at all is almost impossible and that's after completing an essay on why you want the job, a 50 page long job application, references coming out of your ears and a gruelling interview with someone (or multiple people) who probably hates you for disturbing their coffee break.

As a guy in my early 20s, I have worked 3 jobs and all of them I got completely by accident.  And 2 of them screwed me over, I might add.  The first job I ever had was as a kitchen porter in a regional hospital.  I was fresh out of college then and had my eyes set on a career in the food industry, I wanted to be a chef or at least I thought I did.  I just want to add at this point that I initially loved that job.  It gave me a sense of worth, a sense of what it meant to be a grown up.  Then after a couple days, I hated it.  But I'm going off-topic explaining why so I'll just go back to my main point, which is that they basically screwed me over.  So, I'd worked there for about 3-4 months when I get called into the managers office.  She tells me that that would be my last day working there.  I was basically sacked without any explanation.  But I knew why, even though they wouldn't have admitted it.  While I was there and near the end of my employment, there was a big inspection going on and my purpose was to "help" the existing porter staff do their jobs.  I never said anything at the time but hell there were some lazy buggers there.  But at least I was paid, unlike my second job...

The second job I ever got was at a garden centre barista/restaurant.  I was never too sure which one it was supposed to be.  Like at the hospital, I was employed as a porter/dishwasher but with the added bonus of also serving food to snobs, which was fun (said sarcastically).  This time I knew the terms of my employment; I was temping for Christmas and so I knew it wouldn't last the New Year, and it didn't.  I also, at least at first, found myself in more welcoming workplace with people who I would almost consider friends.  It was also the Christmas season so the atmosphere was good; I enjoyed working there, in a strange sort of way.  There were issues, I wont lie.  The manager and the head chef were not the best of friends and the other porter I was with must have been on some kind of drug because he laughed to himself literally all the time.  My issue didn't become apparent until after Christmas had passed when everyone should have gotten paid.  I wasn't.  I took it up with the manager on Boxing Day and while he listened to me, he didn't seem overly concerned.  He explained that there must have been an issue with my bank details and said he would sort it.  That was fine.  I did eventually get some money but not all of it.  I got the standard rate rather than the Christmas rate but not before my contract officially ended.  I didn't bother chasing it up. 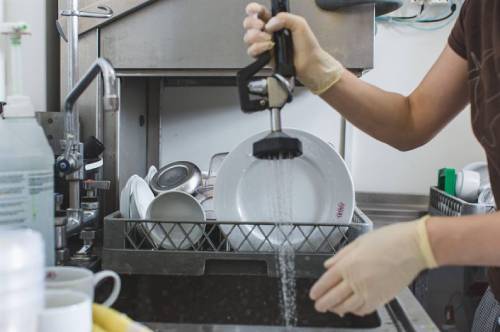 The third wasn't so much a job but rather a bunch of smaller jobs.  I found myself signing up to an agency and working for various third parties including one guy who had a face like a sack of potatoes and a personality to match.  The hours were all over the place, zero hour contracts basically, and my fellow workers were all mostly Polish and Hungarians so even the most basic conversation was like drawing blood from a stone.  I was paid for my work but I hated every second.

By the way, I have applied for hundreds of jobs in the past and I don't get replies for hardly any of them.  I have also worked a few other jobs since and have volunteered in various charities.

The point I really should be making is that younger people are treated unfairly in the workplace and older people should be more aware that it's not easy to get a job these days.

you're quite right , Moan McMoaner, I'm 34 now and been in my current job for 3 1/2 years or so but this is the longest I've ever had a job.
I have had periods of unemployment, agency work with no guaranteed hours every week so my income was up and down , not good when you live alone and have bills and rent to pay , luckily I was living in council property than private landlords but still when you have changes of income you have changes of housing and council tax benefits constantly and the jobcentre are no help, forcing you to apply for these jobs that wont last, or be sanctioned. I was lucky I feel on my feet in this job but I am lucky compared to most.
Its not as simple as starting in a job making tea and cleaning up and work your way up like some older people believe, you've practically got to be a uni grad to even get a foot in the door unless its a manual job and even the better paid ones want you to have tickets for this that and other before applying.
Finding a place to live is harder than ever and taking up a bigger % of your income than before, eg a friend was renting a place in south east London , just a room in a house , not a particularly nice area, and the landlord simply let the place go to some other guy who simply offered way over the asking price rent just to eliminate competition. We are in a crisis , there will be another housing crash when the boomers start dying en masse as the younger people will not have enough capital due to unstable employment and high rents for housing deposits. The ones who are lucky might inherit their parents house after they pass away but that wont be me.
02/01/20 ahforfoulkessake
-2

It is certainly true that in the 70s, when I left school, you could find a job in "The City" very easily, almost regardless of qualification. Fill out a decent application at an agency and there was usually a choice of jobs on offer. There was also the possibility of advancing on merit once you got into a company. I don't dispute that getting a degree is an achievement, but sadly these days it does not guarantee a "good job". Blair's Government set a target of 50% of 18 yos going to uni, yet no one seems to have matched that up with the number of graduates business really needs.
09/12/19 Timelord
-10