I have a friend, who has not been very well and recently been admitted into psychiatric hospital.  He finds the staff not too helpful as they will not listen to him or acknowledge his views (which he needs to feel valued), and his GP and counsellors at his local health centre are the only ones in the NHS who understand him.

When I visit him, it makes a difference for someone who understands him to let him speak his mind and a discussion with him, so he asked me to contact the health centre so that someone could get in touch since he asked staff within the ward and they did nothing.  This would help him to feel better in himself, but unfortunately these NHS workers would not honour his request through me.

I told them I was representing him and if they want to check anything then get in touch with him, but they refused to try, which is making his time more miserable.  If they could have acknowledged or contacted him then that would be something, but they are behaving as if nobody has said anything.

I know there is patient confidentiality but I am not asking for any information if - I saw someone dying and asked for help, would they refuse owing to the fact that the dying person had not given me his consent to ask for help? 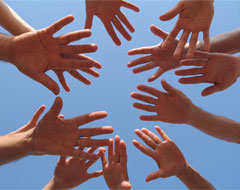 Some GPs are the worst mannered people when trying to help someone who does not have the capacity or confidence to speak out and needs help.  They ignore us as if we have not been in touch and so will exaggerate the problems for patients.  I know how much this reluctance has worked my friend up and just a visit form his counsellor would make a big difference due to familiarity.

They might be busy but manners cost nothing.  The fact some have no courtesy is a really bad thing as well.

Write a letter of handing his matters/medical affairs over to you and you and him sign it. Its legal I have done and shove it in their faces and say can you talk to me please.
15/08/09 Samy
-4

Somehow, I eventually got a reply from the medical centre after having this gripe posted on this website. I don't know if it was coincidental or as a result, but at least the receptionist apologised.

I work on a general hospital ward, Gastroenterology...bowel ops and Alcoholics that are either dying or pretty much screwed up in the head when they arrive and unable to control anything. After weeks of them constantly being incontinent 3 to 15 times an hour in every way, being hit, scratched, spat on, hit with objects and having their family members and friends (usually drunk upon visiting arrival), suggesting that because we are not in there every 2 - 3 minutes bending to their every whim, that we are disgusting, ill mannered, useless and in the wrong profession. I get aggressive relatives and friends sometimes attack me too and by hospital regulations, I'm not allowed to defend myself.

So, after spending a hell of a lot of my time almost constantly in cleaning confused, mentally ill patients, to recieve nothing but abuse till they leave with no "thankyou for your help", doesn't exactly fill me with morale, happiness and well being. You see, most people, even yourself, couldn't continue smiling after a few months of this.

Most staff adopt a care free attitude that is better for them. The patients are still well looked after, but you couldn't give a damn what relatives or patients think because it's almost always annoying and frustrating. It does however lead to problems like you have brought up.

I'm damn good at what I do and I always try to act intrested and respond to others views, but a lot of staff tend to ignore it. It is shameful behaviour, but it's a way of coping with the job.

No that doesn't mean I need to get another job. I completely agree with what you have said, but if you don't believe me, try working on a psyc ward and see for yourself how hard it REALLY is.
09/07/08 meh....
4

Another option would be to actually prepare a letter contacting the GP at health centre, written as the patient in question then have him read through, sign it and deliver it for him. Surely they couldn't refuse his request to contact him then, could they?
02/07/08 Rob
0

Put your complaint in writing to the Practice Manager and copy it to your MP. Anything copied to an MP generally receives more favourable attention in circumstances like this. Your friend is lucky to have someone as caring as you to help him, and I wish you all possible success.
02/07/08 Lee
3