OK...the background.  Since moving to England 7 years ago, I have had a constant friendship with one particular male friend.  We clicked straight away, and that friendship has never faltered.  There has never been anything romantic or sexual between us (neither of us see the other that way), although we have been accused of it on more than one occasion.

This friends partner of 4 years has also become a very good friend.  She is now not in the best of health, which is quite sad as she was always a very outgoing, lively person.  The various illnesses have taken their toll on the relationship and understandably so.

As I am a close friend to both of them I am often brought into their disagreements, which I dont mind too much because they both know if I am asked, I will always give an honest opinion.  Due to her illnesses (sorry to use her/him, but I dont want to use names), they dont get out to socialise much these days.  From what I understand this is because she isnt up to it and rather than going out alone he stays at home with her. 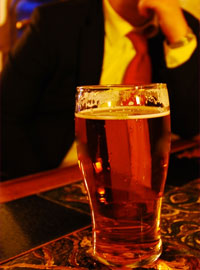 ... she has stated in no uncertain terms, that he is not to go out while she is away

She has gone home to be with her children during the summer holidays, which is great for her, but clearly he cant join her due to work commitments.  The problem is that she has stated in no uncertain terms, that he is not to go out while she is away.  I disagree with this quite strongly, because she chose to go home to her family knowing he couldnt join her, he stays in when she is with him, and surely this is his opportunity to get out for a while, as he is on his own?  I think it is and I have already been accused of stirring things up between them in the past when I have voiced my opinion.

Anyway, I asked him along when I went out last night, as I know he enjoys the karaoke, and I also know that he hasnt been out much recently and thought that it would do him some good.  Apparently, this caused another row, in which I was the one in the wrong again, but the accusation went one step further, and it was questioned whether we were planning on spending the night together!!

Bearing in mind this is a friend of 7 years, am I in the wrong for asking him to come along last night?  Should I respect her wishes that he is not to go out?  Should I not have asked him because he is in a relationship and I am single?  Also, I should mention that there have been a few times in the past when we have both been single at the same time and nothing has ever happened between us.  We have always been just friends and I think if something sexual was going to happen then it would have done so already.

I dont want to upset anyone, or cause anymore anguish in their relationship, but am I not entitled to still treat him as my friend?

HELP...  I just need some opinions on this.  If others think I am in the wrong then I will speak to both of them.  If not, then maybe I need to just speak to her and see if I can get rid of some of her paranoia.

Thank you for listening.

Ok...can't believe this is still going after all this time, but here's a little update. The couple in question are still apart, I have never, at any time, had any relationship with the male other than friendship, I now live 400 miles away from him (no idea where she is, nor do I care), and he is very happily engaged to someone else. I did take on board the more constructive comments made, and backed away and left them to sort themselves out.
I also discovered that she lied about being ill. Having a sister that has a masters degree in the type of cancer she claimed to have very quickly brought that one to light. She also went to the police claiming he had beaten her one Sunday afternoon when, thankfully, he was with a few friends in a public place, so that was also quickly cleared up.
So there is the type of woman we are talking about here. And the fact that she is posting against this after all this time just proves how sad and desperate she really is.

Sick to death of untruths

Im going to be as nice as possible- but I can definatly see his girlfriends point of view. You are sticking your nose in their relationship and its flipping annoying!! Fair enough youve been friends for 7 years, to keep reminding her of that is just going to make her more angry! She is number 1 in his life now and he must respect her wishes so stop interfering. Sorry but it needed to be said
22/04/11 Tinks
-2

Just came across this and read all the comments re: your gripe. If your friend's girlfriend was so ill, what the hell were you thinking about!! You say that she had become a close friend too? Don't understand to be quite honest. You say one thing and then another - too inconsistent to be believed - sorry - if you don't like the comments then don't post one!! It just comes across as you being lonely and using another person's bad luck/ill health to your own advantage. The woman in question, quite frankly, is better off without the both of you and although you say 'other people have thought something was going on between us' but it wasn't, I think that you are a liar and quite smug. To comment quite simply, re-read your gripe - what a sad devil you are and to boot, I notice the couple in question have split up - well done you - but I don't think that you do have a conscience and neither does he. Good luck to the lady in question - hope she gets well and as far away from you two as soon as possible.
25/09/10 Sarah
-2

I think anyone who meddles with other people's relationships is sad and pathetic with no life of their own. And to meddle in the relationship where one of the couple has got serious personal problems or illness, is downright nasty. Shame on you, original poster. Shame on you.
31/08/10 Observer
2

You haven't been a friend, more like a snake in the grass. As one observer has commented, you have the problem and not her. I feel sorry for her as you actively got involved and caused problems. Find yourself your own man or go out with single men
30/08/10 Disgruntled
-13

The poster of this notice hasn't been altogether truthful as she actually shared a bed with the friend in question at the beginning of his relationship! The woman in question actually has cancer, did not travel abroad to visit her family but caught a train. The man in question is extremely flirty as is the poster. Some sensible comments made even though the poster has ironically managed to be economical with the truth. The couple have now split up and the poster is constantly texting or going out with the friend.
30/08/10 Enough said.
-17

It's just wrong, wrong wrong wrong. My partner is ill and so am I, we've lost most of our so-called friends and are pretty much house bound, but neither of us would force the other to always stay in, it's cruel. Occasionally my partner will go out with her friend, I tend to be at home all the time. I have no problem with her going out and if someone took me out, she'd be happy for me.

As long as you are not taking him somewhere and tempting him to cheat with another woman, I don't see what the problem is. If she really is a friend of yours also, you could try to assure her that you would never allow anything to happen which will damage their relationship - because you care too much about them both, and the odd trip out will actually be beneficial to them. If she is ill, she is probably scared he will leave her, in fact, that is probably at the root of this - an insecurity of abandonment.

Case of emotional blackmail or atleast it seems to be from my point of view.

If however, he is willing to adhere to her request for no social contact with anyone while she is away with her children in another country surrounded by other men and women, then that is his choice.

While she stated that he was not to go out, it doesn't mean he can't have people around the house/flat.

Observers comment seemed slightly harsh toward you but I also have to agree to leave him until he needs you.
08/08/10 Chris.
-13

She really has no right ordering him not to go out while she's away; it's just not fair.
08/08/10 grumpyoldwoman
-1

Well said Grumpy. I just want to add that my views would remain the same even if the friend was female, or if the "griper" was male. Sometimes you just have to respect the privacy of other people and leave them alone - friends or not.
06/08/10 Observer
-1

Observer's views are similar to mine. I'm astonished how many on here seem to have suggested that taking advantage of an ill person is selfish - and justifying this with claims that she isn't really that ill. The point is this: you don't know how ill this person is and can't judge whether she's using that as a mask to hide her raging insecurities and control freakery or she really is someone in poor health and needs all of the support and reassurance she needs at a time from her partner when fearing abandonment could topple her over the edge completely. It's really up to the poster's friend to make that assessment for himself without any interference at all from her. After all it's his relationship, not hers.
05/08/10 Grumpy xx
-5

To the poster of this "gripe", I think first of all, it's not a gripe, but a cry for attention. You need to back off and leave this couple alone. They have enough problems to deal with already, and don't need the extra strain of a third person in their relationship. Leave them alone. If your male friend needs you, he knows where you are. Until then, show some respect for them both, and keep away until you're called upon. And yes, you were wrong to go against the lady's wishes. Show some respect.
05/08/10 Observer
-1

Tricky situation, but I think the only way to resolve the issue is to talk to both together ,and try to reassure the girl that there is nothing but true friendship between you. If she continues to mistrust you and her partner, then she risks losing both............
04/08/10 Willum
6

If she is well enough to go to visit her family she is probably well enough to do more than she is letting on. She sounds like a control freak to me. Leave her to get on with her life and enjoy your own
04/08/10 fanny-ann
-10

Cheating ex moved her lover into our house

Taken advantage of by friends and relatives

Friendship should be a two way street