Here's my situation.  Guy meets girl and they fall in love.  Guy has a child from previous relationship gone wrong.  Girl takes on child as her own and every fortnight willingly acts as second mother to the child.  Guy and girl get engaged and set wedding date then a couple of weeks before wedding, news is broken that another woman is alleging that guy is father to different baby.  Guy and girl decide to ignore this as he is insistent it can't be his and in the event it is pursued they will deal with it then.

... a letter arrived from the CSA

They both married and live in general happily ever after for almost a year with child on alternative weekends, happy that is until a letter arrived from the CSA to say he needs to pay maintenance for the other child.  He still disputes paternity.  The girl feels like she's been punched in the guts and her world has been up-ended.  He calls the CSA immediately and disputes paternity so DNA test will ensue - pending.

The gripe is that girl feels like she has willingly accepted guy's child into her life but shouldn't have to do the same with another if it turns out it did biologically come from guy.  Girl debates her (premature) feelings considering the outcome could go one way or another. 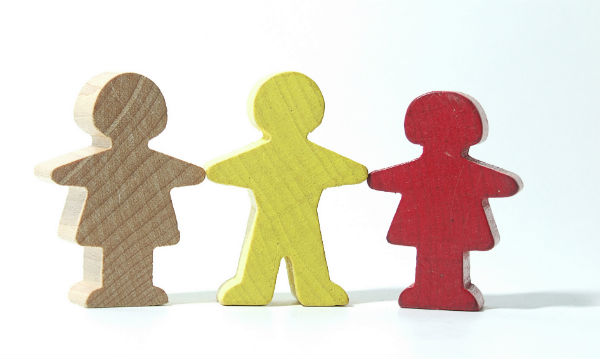 Girl feels like if it is guy's child then they will of course have to pay maintenance but that she doesn't want it in their lives.  But can she live with issuing an ultimatum of her or child to the guy; and on the opposite scale how will she manage to not resent guy or their lives together if she bites her tongue and 'goes with the flow' when she knows that's not what she wants?

Side Note - Guy says he was only with the woman for a couple of weeks.  She also has 4 other children to 4 different fathers - not that that matters much in the grand scheme of things.  Girl thinks that if she wanted to take on other people's children then she would have adopted them - she was happily prepared to take on first child but not prepared to accept any others.

People bang on about rights of this potential new child, and the guy's rights to see the child...  but what about girl's rights?  Does she have any at all in a situation like this or should she put up and shut up and resent the rest of her married life (how long it may last) feeling like that?  At the very least does she not have the right to express her feelings to guy; and how on earth can they work through this positively when it all seems like it could potentially be doom and gloom?

Still guilty according to the CSA - paternity issues

Paternity test letter from the CSA

Men have no right to reproductive choice

My ex partner contacted the CSA