All my family use Facebook these days, so I thought I would subcribe to see what all the fuss was all about.  Well, either I am thick, or Facebook is so complicated that I cannot use it.  I am reasonably well up on technology and IT, at least knowledgeable enough to find my way round a computer, although I would admit that I am not an expert by any means.

My main gripe with Facebook is that it seems to be heavily biased towards people in the United States.  I went into the "Find a Friend" page and I noticed that if you try to enter an English city, it always seems to bring a city in from the USA first instead of the UK.

For example when I put my friends town in, it brought up Mickey Mouse World or some such nonsense.  I'd entered 'Withernsea', which is an English town near Hull..  Why does it do this when it seems to know you're in England??

I tried putting in various combinations and different ways of trying to bring in an English town, and the results were always the same.  In the end I got so exasperated with the whole thing I decided to cancel my Facebook account.  Wrong thing to do unless you are prepared to spend the best part of an hour trying. 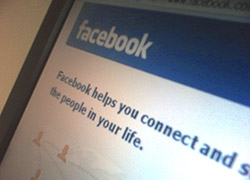 You waste so much time navigating through loads of irrelevant areas of the site not really finding anything obvious.  They obviously don't want people to leave, do they?  When I did manage to cancel my Facebook account, I swear it was just pure fluke rather than a guided action on my part.

I would love to hear other peoples endeavours with this site.  All I wanted to do was join Facebook and maybe converse with my grandchildren.  I thought it would be an easy enough thing to do but apparently not.  Simple???  Wrong!!!  Think again, thats what comes to mind.  Any comments on above would be gratefully received.

You're not thick. They do make it incredibly difficult to "delete" your account, and even then if you stumble across how to do it, its not really gone. Its all just waiting there and all you need to do to "undelete" your account is log back in. Accept your account will live on the internet forever, and just be super carefully what you put on there..
29/08/16 Pet
0

"To conclude. Face book is an unintuitive, unelegant piece of user-unfriendly crap. but like the BBC, Microsoft, Eaton and Bognor Tesco we are compelled to tread in it."

Yep I agree with you.

The same applies to Ebay, very unfriendly and awkward interface, takes ages to learn how to do anything, hidden functions and in very small typeface etc. however it does serve a purpose and I wouldn't be without it, unlike Facebook which I consider to be the biggest load of over-hyped B******S ever invented.
26/07/12 Stalag 14
-3

I'm glad I'm not alone in thinking face book stupidly over complicated.
Like a lot of others, you dip your toes in because family or friends have moved away. I'm not giving up just yet but I'm close.
This is an American product. Americans do not have the burden of an old class system, however they created one of their own based on eletism. Face book is an eletist tool and this is evident by the number of hoops you have to jump though to achieve the simplest of things. I have been on it for three weeks. I just dip into it maybe for twenty minutes a day. After this I get so pissed off and have to leave it. I work for an american company and use Microsoft, so my cup of tolerance is usually drained dry before the day is through.
Currently I am trying to delete a job entry. Apparently I joined and resigned from the job I currently work in all before I was twelve. Face book decided that this was my time-line.
Has face book become more complicated or it is just piss-poor. It's current interface shows that it is unintuitive, ugly, clunky and user unfriendly. So I think good at marketing like Microsoft but just a piss-take for the end user.
Wikipedia claims face book has 900,000,000 subscribers. I tried to use it back in 2007 for a couple of weeks and although I have not used it in five years I was still classed as a suscriber. Face book keeps all the dead account to build up their subscription.
To conclude. Face book is an unintuitive, unelegant piece of user-unfriendly crap. but like the BBC, Microsoft, Eaton and Bognor Tesco we are compelled to tread in it.
It's about money not us
25/07/12 HAPPYBUNNYNOT
-1

It was really easy at first, but I see what you mean. They keep trying to improve it but it was fine before-it was a useless site, really, but it was easy. Now I'm 14 and I can barely use it.
21/04/12 Holloway
-2

People are leaving facebook in their millions and google have created a site that is meant to rival facebook.
30/06/11 uk resident
2

I've just taken out my facebook (or Farcebook) frustration out on a duff 20 year old hard drive.I imagined it had Facebook on it. After throwing it to the garden path extremely hard several times just moments ago, I've just physically let out my frustration. The surface has only just been scratched and the hard disk has only seen the start of what I have yet to throw at it, or should that be, throw it at!
04/02/11 john
-5

I cant even work out how I send a message any more. Suddenly one day they just change it all. But that's techno dorks for you, change for changes sake....LEAVE IT ALONE and get a life!
21/12/10 LtsGt2gthr
0

I`ve recently been added as a friend by an ex work colleague, a lovely person, and although I had signed up to facebook, and was delighted to hear from her, I really have little idea how it all works.
15/11/10 Biscuitbum
-3

I was just listening to the news. Can anyone explain to me why facebook should need a "panic button"? What's wrong with the "off" button on the computer?
13/04/10 grumpyoldwoman
-5

Gainsborough lad, this is a myth. Perhaps Facebook should charge though. I'd imagine a lot of people would find it a difficult habit to break and would fork out the cash.
09/01/10 O'Neil
-4

If this goes ahead, slowly but surely friends re-united will make a comeback.
09/01/10 Gainsborough lad.
2