No matter what a person is celebrated in whether it be acting, presenting, singing or sports, why do they always choose to live their alter egos?

I was in a restaurant recently when a well known female presenter came in with her minder.  While she sat and had her meal the minder stood behind her chair, he was a big chap 6ft tall and 17 stone.  When she had finished her meal, she whispered something to him at which point he immediately went and stood in front of the door leading to the ladies toilet.

When the toilet had been checked he beckoned to her with a nod that all was in order for her to use. 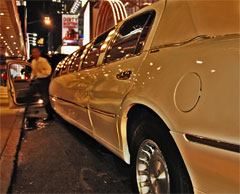 Makes one wonder which planet these people live on does it not?  Celebrities are just ordinary human beings and it is after all at the end of day only a job.  One goes to work, does what has to be done and then goes home.  They're just like everyone else who works for a living except they get paid more and occasionally make the news headlines.  Some of these people live in a fantasy world inhabited only with their own kind of disillusioned luvvies.

It can only be put down to the obscene amount of money paid to them.  Top of that list has got to be footballers and so called pop stars.  A friend of mine recently paid £47 for a gig at Newcastle Arena to watch a group of four unkempt old men.  One was trying to sing while the other three were busy knocking seven bells out of two guitars and a set of drums.

If this is what it takes to become a celebrity, Ill stick to my job as a mortuary attendant where everyone is treated the same and money makes no difference...

We do live in a shameful society and whilst all have made good comments the root of the problem is the media - be it TV or newspapers (in some cases that description is used advisedly!) and these seemingly ubiquitous "gossip/trash" magazines.

Now most might be saying if people didn't pay attention to the media coverage of "celebrities" then it would all die down. However, it's fair to say that a "selection" of the general public will pretty much slavishly absorb anything the media throw at them. Would be an interesting social experiment if the The Sun for 1 month only publish stories about more cultured items and important news items - doubtless there would be an outcry for a while, but would people get used to it? Probably they would.

John, I couldn't agree more! Most of these "celebrities" have no discernible talent whatsoever apart from self-publicising. They are appalling as role models for the young.
05/02/11 grumpyoldwoman
-6

I don't give a toss about 'celebrities', in fact some of them when mentioned just make my blood boil!!
Anyone care to join me for a game of celebrity darts? I have three A4 posters, all of which contain pictures of celebs (e-cuttings if you like) who deserve nothing but a slap, but most of all, a dart being shoved in their smirky, arrogant faces! CRETINS!
All they appear to be good at doing is accepting large sums of money for their picture or 'life story' being published in the likes of 'Celeb' or 'OK!' magazines. I'm not jealous if they're rich. I'm genuinely p****d off that our younger members of society are looking UP to these people as role models. Quite frankly I couldn't give a four X if Peter Andre has had yet another row with that t-- size bragging wife of his, or if some footballer is complaining of the pressures of the job that pays £50,000 a week.
I'd better click submit before I burst a blood vessel!
04/02/11 John
-10

Your alter ego and you yourself is the same person no matter how the other acts so what's the point in pretending and being fake.....?
28/12/10 Bank-Bank
0

I think an "alter ego" is an excuse to be obnoxious...you can pretend to have a different name and put on a wig, and lie to yourself that you take on an "alter ego" and that you're a different person when you do , but it is still you...
08/09/10 Blink
2

My gripe is concerning the word 'celebrity' which is used to describe anybody who has briefly been on TV whatever their talents and most of them have few. This applies to footballers wives also! We hear constantly about their weddings followed by adultery/divorces, their new partners their children and how large their houses are. I don't know or have never heard of most of them. Do I watch the wrong TV programmes? No I do not watch Big Brother! Anybody who buys these magazines must have little else to fill their minds with. In the world today there are people who work for charities, do good in the community etc but do not seek fame or money.
23/06/10 Tara
-7

I have to agree. I hate this celebrity obsessed culture we live in and how it appears to be all around us, emanating through the people in our daily lives. I could go on forever but the following are prime examples more recent.
Cheryl Cole anyone? I noticed a few "glossy" magazines were lauding here as a hero for modern times and an inspiration to other women. Eh? By being a judge on an exploitive tv show and selling yourself to every magazine and tabloid available? That's just selling your name and soul just to make cash. Media are probably more to blame for this. Before the adverts one night. ITV news came up to say what was coming up on the said news channel and what did they mention? "Cheryl Cole has left her Husband, footballer Ashley Cole". "More on this on the news on ten."
Are they serious?? Essentially, all the story's (so called story) about is: "Woman leaves her Husband." How the hell is that news worthy, especially headline news. Mental.
I could go on but I'm getting wound up typing this so I'm off.

Just watched X factor can't believe that Olly went through inntead of Stacey he has been in the bottom 2 twice ,she is a real talent he is a club singer oh forgot he had to get through or Mr Cowel would throw his toys out of the pram!
12/12/09 annoyed
-10

Congo and SK; just saw a newspaper headline saying something about Michael Jackson's nose being "missing". Can this be true? Oh the horror!!

I find this absolutely hilarious, how about you two?

Some of them should hang their head in shame. Look at Rooney's wife, purchased him a diamond studded sofa for a disgusting amount of money. At a time when people have worked hard for many years suddenly find themselves out of work.

" Anyone else heard enough about Michael Jackson yet? "
SK

I must admit I too am rather fed up with seeing the face of an ugly old American man staring at me from the TV screen every time I switch on.
09/07/09 Congo
-3

Anyone else heard enough about Michael Jackson yet? It's getting boring now. Time to move on and bore us with some other celebrity back slapping nonsense.
09/07/09 SK
-7

Celebrities have no class, they think they are above other people, look down at you and think they are the bees knees.
I wish people would wake up and do not buy any of their merchandise, then see how far they get,like some singers, they demand high prices for concerts and half of them can't sing live, don't stay on stage too long and can't be bothered signing autographs and expect us to buy their CDs, look at that woman out of Spice Girls, the one who married that footballer for money, she never sang one line in Wannabe, want to know why? She can't sing, her album was crap.
Singers of yesteryear had better class than the ones of today, singers today, don't last long in the business, they split up and try to have a solo career, then come crawling back to their group to get their careers back on line.
02/11/08 Eddie
-9

A recent experience which happened during my line of work ( mentioned above) proved to me anyone will do anything for money.A post mortum was due to be carried out on a well known celebrity when the pathologist was asked if he minded if two friends of the celeb were in attendence during the procedure,normally this is not allowed,however, the friends or minders explained they would receive £1000 from the celebs will,if they were allowed to do so,the pathologist explained the procedure to them,and they seemed perfectly happy.
After the first incision was made,there was a loud thud as the first minder hit the floor only to be followed closely by the second.I could swear there was a smile on the celebs face,yet again he had the last laugh, I hope they got their £1000..
05/08/08 Handyman
-14

People who are seen for what they are tend to be more genuine than those who like to be seen by what they own and their status.

Very often materialistic superiority reflects personal inferiority and this is reflected in the inferior standard of behaviour and overall courtesy demonstrated by these materialistic show-offs trying to impress.

Their assets might be impressive but as individuals I feel sorry for them as the main qualities everyone needs which they lack cannot be bought with any amount of money they have.

Think of them as smaller people standing on a higher platform trying to appear taller than you because their eye-level is higher and they are looking down at you.

They must have some sort of complex to behave like this towards ordinary folk.
11/07/08 A Normal Person
1

Fed up with fake people and unnatural looks