On 24th December I lodged a cheque for just over $1600 Australian dollars in my local HSBC branch.  I was unsure how to fill in the slip for a foreign item so I took it to the counter and pointed out the fact that it was in dollars.  The cashier made the amendments to the slip and informed me that it could take up to 10 working days for it to clear which was fine.

However, I received a letter a dated 29th December confirming acceptance of the cheque and informing us that it could take 6 to 8 weeks for the funds to go into the account.  A bit of a difference from 10 working days don't you think?  Now had I known this, the cheque would never have been lodged as I know the bank whom I hold another account with will actually clear it within 10 days, normally less.  This cheque was to cover out rent payment which needed to be paid by the 13th of every month at the very latest.  Obviously it didn't clear by then.

I rang customer services and explained the situation and got transferred to branch support and explained the situation.  I was there was nothing that could be done and that she would seek feedback from the branch involved.  Now the last time I checked my landlord didn't accept feedback as payment and I suspect this hasn't changed.  She admitted staff error which was fine but I don't see why I should experience financial harm due to HSBC's inability to correctly train their front line staff.  I would accept this sort of error in a checkout in a supermarket, not one where people's lives are severely affected by these mistakes. 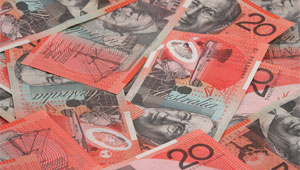 After some further discussion the possibility of a temporary overdraft was discussed.  Although the lady on the phone didn't have the authority to authorise this it seemed like the perfect solution and we were more than happy to go along with it.  However it needed to be authorised by the bank manager.  I received several worthless updates from the lady involved over the next few days before finally she was able to tell us that the overdraft has been refused.  A personal call from the bank manager would have been nice but I guess nobody wants to be the bearer of bad news.  I asked for the cheque back and we were told this could not happen either.

We went into the branch and spoke to the checkout girls who were shocked about the time frame and had been told to advise customers that foreign cheques can take 10 days!  The bank manager refused to speak to us in person and gave us an escalation email to contact.  We did this then 10 days later we got a letter from the same bank manager saying he would 'investigate it'.  I don't really see what there is to investigate!  His staff admitted error!

So we were and indeed still are in a very difficult financial predicament due to HSBC's poor service.  It's just after Christmas and needless to say I don't have large sums of money at my disposal.  Luckily I was able to borrow money to pay my rent but I have not been able to pay credit cards and household bills and also risk having my car repossessed!

Why do banks still insist on 'working days' (ie excluding Saturdays and Sundays) when accounting for the clearance of cheques. Most of them are open on Saturdays, which makes this a working day and many have branches in retail outlets open on Sundays, which also makes this a working day as their systems are avaialble. Additionally they charge me interest on overtdrawn balances for thosde days, reinforcing the fact that they are in fact 'working days'!
26/10/10 Szekesfehevar
-18

I had a current account with Halifax for a number of years. I recently decided to leave the bank in favour of another. Since starting my new current account I have made every effort to close my Halifax current account and have been blocked consistently by branch staff and telephone staff alike.

Several attempts (phone calls, in branch and forms) later I have still not got a fully closed account. The account is amounting charges for using an un-arranged overdraft, but how is this possible when my account had an arranged overdraft of Â£1500 and a balance of Â£0 on 22nd Feb 2010??

I have been told on 2 occasions that the account is in-fact closed, but I keep receiving statements and requests for payment. To top it off, in my last phone call they refused to believe I had been told my account was already closed and that they would need to spend 5 days reviewing telephone logs before they would take any action.
22/04/10 Alex
11

On 3-26-2010 the Dunkin Donuts Store in East Northport NY found that a month of debit card transactions were not transacted through a computer fault, so said Manager James Michaels. They proceeded to put through these transactions in one day, wreaking havoc with my TD Bank account, as well as others in the area. The manager thought there was nothing wrong with this, even though my bank, TD Bank- the yes bank-subsequently charged over $570.00 to my account as overdrawn and made it overdrawn.
While trying for a week to talk to the Bank Manager in East Northport, I finally recieved his name, Mr. Payne, who made himself very difficult to reach. I asked for help in this through a rather snide employee named Elizabeth who left a Decisive "NO, we can't help you" on my answering machine. The YES Bank needs my money to pay for the building of more banks in the area much more than I do for food,gasoline, and medications. This is the second time I have recieved exorbident fees from TD Bank. They just do not care, Period.
07/04/10 John P. Annunziata
-13

Never ever use HSBC, The are bullies and rob you blind! I knowy it's no help to you, but lets just say they forced me to close down my credit and flexiloan and overdraft (all well managed and under limit) to a personal loan. I had to say to a member of staff in branch 'I will promise to call the lending department when I get home' I as in a high risk pregnancy having numerous scans signed off work.... for the harrasment calls bully boy technique I got 2 cinema tickets!

I have no idea why it takes so long. The cheque has to go back to Australia but that only accounts for a week maximum. Had I known this I would have lodged it in my Australian bank account and withdrew it via ATM.

To add insult to injury I checked the value of the cheque when we received it and it should have equated to £912. However when it cleared it only have us about £820 so almost has been lost!
01/02/10 Steve L
0

Six to eight weeks to move some cash? why so long?

Perhaps the bank was wondering how to award this cash to themselves as a bonus.

Or perhaps they just needed the cash short term as they don't have their own.
31/01/10 Gainsborough lad.
-16

Bombarded with offers of loans and credit from banks

Banks send out too many letters to customers