I recently made my first order with i2020.  I ordered 2 leather mobile phone pouches and a Bluetooth phone headset.  Their ordering system online was quite easy to use and I was really pleased when a parcel arrived a couple of days later.  But when I opened the parcel there was only 2 leather pouches, a couple of compliment cards and no Bluetooth headset!

Scribbled on the back of one of the cards was a message saying "Bluetooth headset sent from different warehouse".  I tracked my order online and it was saying that it was complete despite receiving this message.

A couple of days later the headset still had not arrived, so I thought I would give them a call.  I was held in a queue for less than a minute before being told that I should leave a message as they were really busy.  So I left a message.  A couple of days passed and I still had not heard from them.  So I tried the number again and this time got a message saying the office was closed and to leave a message. 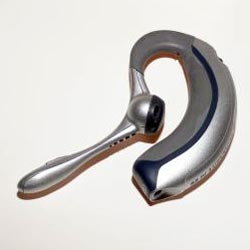 The message didn't even state what their office hours were which I didn't think was very professional.  So I left another message and decided to follow up with an email.

Now 10 days after my original order, I still have not managed to speak to anyone and no one has rung me back.

If you're thinking of ordering mobile phone accessories, I would advise people to do some research into the company they place their order with.

It is extremely frustrating when something goes wrong and you are unable to speak to someone about it as you can't get through to them; then when you finally get through and leave a message on the answer service, they don't even bother to ring you back!  Grrrr!

I thought advertising in comments was strictly verboten. Somehow I don't think "Margaret" is very interested in anything except getting in a sneaky advert!
25/07/09 grumpyoldwoman
3

I agree that they look ridiculous. I also wish to point out the daftness, no offense intended, of wearing a device which pulses radiation into your head all day long. Oh, you think you're all good with your mobile in your pocket?

Congratulations, you're now radiating the hip area, which produces about eighty percent of your red blood cells.

Sorry to go off on a gripe, in fact, I love your website and have agreed with almost everything I've read. I just wish that people would wake up and realize that a dependency on what are essentially personal sized microwave emitters is an idiotic idea.

I think those bluetooth headsets look really silly. Besides, I don't think they are as safe to use as people think because you can still get distracted by having a conversation. Bluetooth headsets and other hands-free mobile devices should still be illegal in cars
06/09/07 Molly
4

I ordered a bluetooth headset and phone from i1010. They arrived, but I might have been one of the lucky ones. Have to have bluetooth!
09/06/06 King bluetooth
-7

Found out they've got an eBay shop and emailed them through that. Got a response saying they'd check with their warehouse. A week later I chased them and threatened I'd seek legal advice if I don't hear back by the end of the day. I then received an email saying they have now refunded me. Checked credit card today and they have. So I'm still bluetoothless!
07/06/06 Bluetoothless
8

Well I think bluetooth headsets are silly anyway. Seeing people drive up the motorway wearing them, they just look stupid. Technically bluetooth is pretty good but these new headsets just look weird. Good luck with your order by the way.
05/06/06 Matt
-5

I got a bluetooth headset even

I left negative feedback on a seller, Amazon removed it