This gripe is for those who have suffered a lost package thanks to DHL.  Just before the New Year I ordered a new digital camera from Pixmania.  They claimed it was in stock and for a small extra cost they would guarantee delivery within 24-48 hours.  Great I thought as I was going on holiday in a little over a week's time.

5 days later the memory stick is delivered but not the camera.  Really helpful!  After an absolute age, I finally got through to a customer services advisor who claimed that my new digital camera was sat in their warehouse in Paris.  Furthermore, they had no idea why it hadn’t been shipped to me.

A couple of days later I decided to call again, only to speak to some other clueless individual and hear the same old story!  At this point I decided to cancel my order and went and bought a new camera on the high street instead. 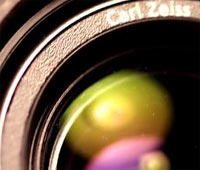 Here’s the bit that really annoyed me.  Whilst on holiday I received a message from a work colleague to say that DHL had tried to deliver a package (the new digital camera perhaps?), 5 days after I cancelled it!  Fortunately they refused to accept it, and I assumed that by the time I returned from holiday, my money would have been refunded.

That was now over a month ago and I'm still trying to get my money back.  DHL appear to have completely lost the package, which should have been returned to Pixmania by now anyway.  The customer people at Pixmania just didn't seem to care about the trouble they have caused me and are totally unwilling to sort out this mess.

I feel that I have been lied to consistently by them and would warn everyone out there to do some research before shopping with this company and others like them.

The 'sales' - what a con. I was in Currys today, looking for a digital camera. The salesman steered me towards a Kodak for Â£80, which he said had only been out for a 'couple of months' and which would be re-priced after Christmas at Â£200. Â£80, apparantly, was an 'introductory' offer, designed to 'get it out there'. Knowing nothing about digital cameras, I bought it. And it's an o.k camera - my gripe is about the sheer level of deception used to persuade me to buy it: I've been doing some internet research and I find that ACTUALLY, the camera has been out for a few YEARS. All that's changed is the name - and that, because by it's original name, it had crap reviews. Oh - and it has NEVER been sold ANYWHERE at anything more than Â£120. (I had to buy a seperate memory card for Â£15).
I hate the 'sales' - nothing more than an oppertunity for the shops to offload stuff they haven't been able to sell at 'normal prices. Actually, it's worse than that, because what happens now is that they make stuff especially for the sales, stick it on sale at artificially inflated prices for the legally required 28 days before bringing it down to it's secret 'real' price for the sales, hence pulling the proverbial 'fast one' over the customer, who thinks that s/he has found a real bargain. why is it that the really good stuff is never on sale? - or if it is, with only a tiny discount.
I'm going to write a letter of complaint to Curry's head office - and perhaps I should tell them something my 18 year old son told me: he knows the guy who served me, (distinguishable by his ear piercings). Yeah - he's a well known dealer, with a second job in a seedy bar called the Pink Giraffe.
09/12/09 JJ
-1

I am very sorry that your parcel was lost by DHL

A lost case will have been opened and as soon as the parcel is located or confirmed lost, a full refund will be issued or a replacement will be sent out.

There is always a maximum amount of time a lost file can be opened for & after this you are sure to receive a refund or replacement.

Please e-mail us your details to mediator_uk@pixmania.com

Pixmania were fine, but now they are not. They are terrible. Don't use them. Order and collect-in-branch at Jessops gives you full peace of mid - haggle on the price up to 10%.

Play.com are still great - use them.

I tried to buy a homing-pigeon from someone on the internet.

You buy things from the net you take your chances in return of a cheaper priced identical product.
If you've had a bad experience people are happy to dis a company but if they've had a good one who bothers to write on the 'The Weekly Pat-on-the-back for Good Service' website?
04/09/07 On the fence
2

I have had a dreadful experience with Pixmania too - I'd advise everybody to avoid them, they are more dreadful than I can begin to describe.
26/01/07 romahouse
-3

I ordered a case of wine from an independent retailer (one man band working from his front room probably) and was told it would be delivered within 10days. Over a month later I still haven't heard anything and he won't return my phonecalls or emails. Is this a matter for the police or trading standards?
02/09/06 Naffed Off
3

I ordered at TV from Pixmania three months ago and I still haven't received it. DHL tried to deliver a couple of times, and then told me that it had been returned to the sender. But now Pixmania are saying that they have no record whatsoever of my order.
25/07/06 Barry
0

I purchased a Panasonic DN7 Digital Camera from Pixmania about 5 weeks ago as a package with an extra Battery.SD card and a case.when they arrived they had sent a battery for a DN5(differant shape).I returned the item and would you belive I got the same one back.In the meantime Pixmania emailed me with special offers for the DN7 and it showed the correct battery,after endless phone calls and emails I am still waiting for the correct one to be sent even though I have returned the second battery.And no offer of compensation for inconveriece and phone calls
25/05/06 bruce burrows
4

What kind of digital camera was it? You didn't say when you wrote this gripe. I know people who have used pixmania and not had any problems. Perhaps it was just a one off.
20/02/06 Jock
7

Guaranteed next day delivery order has not arrived

I left negative feedback on a seller, Amazon removed it