Is it me, or are television series of late getting really strange and not making any sense?  It's not just the story line that I'm griping about it's then endings (or lack of) as well.  Why are these TV shows becoming more disappointing every year?  They are trying to be this dumbed down, yet still clever type thing and it's just not working.  You can't have it dumbed down and have a heavy story line that is entertaining to watch too.

So were you lost with "Lost" in the end?  Did you actually get it, or did you like me think '6 years just for the ending to go, they all died and went to heaven'?  That's it in a nutshell, there was no ending.  We only saw how jack died, the build up, the flash backs and flash forwards, and flash sideways which turned out to be flash into purgatory and as interesting as flash dance...  but they all died and went to heaven.  I was really disappointed!

For you that don't watch the show "Lost", it starts when people crash land on strange island, loads interesting and weird stuff happens, they jump back and forth through their lives and then flash in a strange sideways fashion which isn't a flash sideways, but a flash to Heaven as it turns out.  Well in my opinion they should have shown this going to Heaven bit in the first episode, because that would have been better then 6 years of some sort of story with a rubbish ending.  If I wanted to watch people have some sort of weird life then die, I would have gone to Leicester or something! 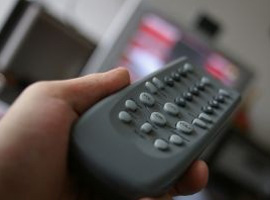 Speaking of flashes, it's not just "Lost" that had lost the plot, "Flashforward" has become a big and even weirder disappointment.  The concept was great but its not living up to expectation.  People all have a flash forward to April 26th 2010..  You would think that there would be some sort of clever story line with it, rather than strange group of people making everyone flash forward, but to what end?  why would you want to do that?  If the baddies wanted to send the world in to mass panic would a nuke or some sort of virus not work better and be simpler than a machine that plays with the space time continuum?

Then you have Heroes, which really only could have lasted one season.  It didn't boldly go where not other superhuman series had gone before, it's been done to death and then some.  Heroes took the X-men concept and kicked it square in the nuts 'till it fell over crying.

All of these television shows have something in common.  They're not very well written, they may be acted well but the stories don't seem to make any sense and the events often don't hang together properly.  The concepts behind these shows are OK at first, however they try to squeeze and episode into 40 minutes and to be honest, how can you tell a story properly in that time?  I would rather have double episodes, or better still a series of movie length episodes.  But that's besides the point, they're still badly written with substance, just people bouncing around and doing something that takes no stretch of any imagination, even in a Sci-Fi world!

I am going to be bold and say something that a group of people that read this site may find offensive..  Is it because these TV shows are written by Americans?  Some of the greatest Sci-fi or TV series I've seen have been created by writers outside of the US?  Maybe I'm generalising a bit here, but that's how it seems.  You take Doctor Who for example, it got a massive injection of great stories and fantastic acting by British writers, the end result was a massively popular TV series.

My gauge of the American tendency to dumb down television shows is Life on Mars.  In the British version you got "Sam Tyler" finally leaving 1973 and getting back to 2006, where he feels the guilt of leaving his 1973 colleagues behind and missing the people he grew fond of.  So due to the guilt, the hate and a sudden realisation of where he was, he jumps of a building and wakes up in back in 1973 to save his colleagues and friends from a gun battle.  In the US version of Life on Mars, "Sam Tyler" solves the crime, his colleagues and friends stand around laughing and then all of a sudden, they all wake up in 2009 on board a space ship en-route to Mars.  The American version of Life on Mars was not just dumbed down, it was also stupid.

So what's the point to all of this?  There is none.  That will teach you to spending your time reading this.

What is happening to my TV Licence money?

I watched both versions and I have to admit that I though the American was more entertaining. The ending was even worse than the British one though.
28/11/13 Samson (Delilah's too busy to post)
-2

"The Brit version of Life on Mars"

Or is it the case that this monumental oaf does not realise that this excellent television series was a British creation?
28/11/13 Congo
-2

The Brit version of Life on Mars was terrible; ugly actors overacting. The US one was better viewing but I agree that the ending was, well, just silly. The show had not been renewed so I think they thought, "what the hell".
25/01/11 Jambo
-3

Thank you,
I am a Canadian living in America.
I feel my intelligence lowering every day since I've lived here.
American media and (google) protect average North American people from thinking about or even SEARCHING for non-American world events and views. American concern is based on celebrity opinions, news, views, and what is happening to Americans abroad. Actual global news does not pay the bills here and does not make people feel good.
"Reality" TV is king here. As long as you see someone behaving worse than you, the world is right.
Look up anything about politics or government and you will find heavily biased and "paid for" websites. good luck! Try searching (google.com) and (google.ca) for any government or social views.
Unfortunately most americans think the world revolves around them.
It is unfortunate and a shame that this country that has so much influence over world opinion and policy handles itself so poorly.
My daughter is a dual citizen "Canadian-American". I have difficulty sometimes trying to compete with the "American" attitude. I will do my best.
Thank You,
Carl
06/11/10 Carl
-5

Dumbed down to idiot level trash to suit the mentality of the average British TV viewer.

Thankfully there are still people like Steven Fry, Jeremy Paxman, the other Jeremy who provide the occasional programme worth watching.
17/06/10 MikeP
-18

Congo, brilliant - you're so on the mark with that one. Stephen Fry looks a bit like James May after years of drinking, eating Kebabs and chain smoking.
17/06/10 AOD
-9

Having just read the BBC website about this article I am struck at how similar in appearance are Mr Stephen Fry and Mr James May!

That most erudite and intellectual of broadcasters, Mr Stephen Fry has recently spoken out with sharp criticism of the current BBC management and staff; dismissing many of their programmes as "childish".

He went on to say ".....if you are an adult you want something surprising, savoury, sharp, unusual, cosmopolitan, alien, challenging, complex, ambiguous, possibly even slightly disturbing and wrong."

The BBC used to be regarded as one of the best broadcasters in the world and, even today many their programmes stand out as superior in comparison with their competitors, however the abysmal quality of television as a whole makes this a far less notable achievement.

How often does one hear the complaint that there are more channels to watch than ever but almost nothing worth watching on any of them. Such irony.
17/06/10 Congo
0

Not just these series' but why so many about murder... Seems as though UK TV can not produce anything that is about murder or investigating it. Even the dumbest person would see this as taking the shock away from the most horrendous of crimes.
16/06/10 TubeWayHarmie
-3

TV programmes today are designed to keep you mesmerised and dumb enough not to realise what is really going on in the real world. That is a fact.
13/06/10 Dee
-5

I dont watch any of these programes. All programs apart from news and non fiction are designed to keep you glued to the set in your homes because you do not earn enough money to go out with the upper classes and enjoy yourself. And, they are there to put a certain point over to the public, and to standardisze and familiarize behavoir, talk about big brother..its been here for years...
10/06/10 frogmellah
5

regular TV viewing is pure escapism, welcome relief in our time-poor long-working-hours culture. it rots the brain and curbs creativity. if people started to watch less TV they would realise their full potential. at least on the internet you're more actively engaging with content, people and hopefully learning in the process.
10/06/10 Terry Tibbs
-1

Can't think of any more at

The only reason rubbish is show on tv is because sub intelligent idiots keep watching it.
07/06/10 martin
-2