I travelled on the 260 bus today from Willesden Green station and sat downstairs on the back row of seats as it was packed.  Next to me was a girl of around ten.  She had her arm partially on the arm rest so I put my elbow on the bit she wasn't using.  Believe me, there was enough room for the both of us; I am far from huge.  Suddenly the child starts shoving my arm off.  First I thought it was by mistake but she continued and when I ignored her, she started pushing at my bag!  Eventually I had enough and looked her in the eye intently and said "excuse ME" making it clear that she needed to stop this rude behaviour.

Her mother on the other side of her, far from not huge, had her mobile phone permanently attached to her ear but then started voicing off at me, saying "what you say?  Excuse me?  You see a child sit there - why you sit there?" and other ungrammatical nonsense.  She was obviously trying to provoke a response so I took the approach I find always works best and continued to read my book whilst smiling and laughing to myself and not engaging with her.

The annoying child, then really went over the top... 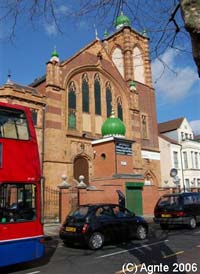 The annoying child, then really went over the top pushing and shoving me, then looking at her mother (still on the phone and yet still ranting at me - a fine example of multi-tasking!).  In the end I just looked at this child with my "death stare".  Still didn't stop her though.

In the end they got off, the mother still muttering away.  I wouldn't have wanted any kind of confrontation with her - she was about four stone heavier than me for a start!  But I did give myself the satisfaction of looking out the window and giving them both a big grin.  That seemed to infuriate them more than anything!

End of the day though, I felt sad for that little girl.  I was NEVER allowed to speak to adults like that or be so rude when I was a girl of that age, and she is hardly being given a good example by her mother.  I have grown up to be successful with plenty of friends and a good job.  What hope is there for her with that attitude and a parent like that?

It sounds like you were in a very difficult situation on the bus. From the mother's phraseology, it seems she was not British, so any negative comment from yourself could have turned nasty and the race card used against you. Also as a child was involved, that's another risk these days, but you handled it really well 7th angel. Blimey, when I look back to my regimented upbringing, Mother only had to point her finger at me and I froze. It has stood me in good stead though and I haven't gone off the rails and ended up in jail. I do seethe when I observe unruly kids and have made comments as politely as possible to the parents when it gets too much.
12/10/16 Rufus The Red
4

this person was not asking for a confrontation! Has it occurred to you that maybe the bus is the person's only way to go to work? Not everyone can go to work by car, you know? I suppose you haven't been on a bus before then. You didn't have to read this OP you know. I have had to deal with this too on buses and it is best to get off the bus than to have a confrontation with passengers, but there is only so much you can tolerate. I'm sick of smiling politely towards ill behaved kids and their parents who are no better. What happened to consideration these days?
07/12/12 Angry Autistic Female
-7

Sounds terrible,i always thaught busses should be bigger and longer and have seperate compartments,so people who dont want dogs or kids can keep away,(there should be cells on em for youths to)
02/12/12 anom
-5

Oh get over yourself! If you're that incensed by others MOVE! better still stay off public transport, try walking on your own!!
26/09/11 Millymollymandy
-8

next time it happens go up to the mother, yank her phone out of her hands, snap it into pieces, and just throw it across the bus. and yell till that woman turns into a mad bull and spanks that child, go 'YOUR CHILD IS NOT BEHAVING! TURN IT OFF!"
05/06/11 hazza
-4

yeah but what happened if there was no seats, you'd have had no bloody choice

I dont get what the child did wrong??
Why is it okay for an adult to be rude to a young child yet when the boot is on the other foot you complain? The mother is right. If you can see a child sitting there and you clearly dont likr children then dont sit there! I dont know were you people get off thinking you can treat kids this way.
28/04/11 Rafa
-10

I have a real problem with seriously badly behaved kids. I believe that kids of all ages (even ones who aren't supposed to know, even though they should) should behave.

At my secondary school (this was years ago), they had stupid Cool Gangs, and those kids had poor parenting control and believed that they were better than everyone else who didn't, like me.

When I was in Year Eight, some boy got moved into our half of Year Eight because he got a lot of detentions and isolations (he was seriously badly behaved) and he was a complete pain in the a***. He distracted everyone.

Next time, stand up and SCREAM at the top of your lungs to that deadbeat "mother": "YOUR CHILD IS NOT BEHAVING!!!" and you KEEP screaming it until that deadbeat bat puts up the cell phone and takes care of that KID she obviously cares NOTHING ABOUT or she would not permit it to behave in such a manner.
05/10/10 Granny G
2

Honestly! looking at some of the comments here, no wonder we have generation of rude people!
Look at yourselves and your attitudes towards others.
Yes, the kids are rude but not all kids are bad!
Where do you think they learned their behaviour from?
Not just parents but people around them.
Did you not have a happy childhood if you hate kids that much?
23/09/10 ho ho
1

now this law about you cannot smack your child had been passed all children just do as they like and if you go to smack em what do they say (i report you for hitting me) Its the most stupidist law ever. Now I think we have realised adults are not in charge anymore but kids are!
This country is the pitts cant wait to emigrate to a new country in a few mths time bye bye england you need all the luck you can get.
17/08/10 farewell
-5

My gripe is KIDS, giving nasty looks to people who are disfigured. I get them alot from them, I have bumps all over my face from a rare genetic disorder nothing can be done about it, I get called ugly, even adults look at me like I am a freak. yeah I am a little weird looking, but true beaty is whats on the inside, when ADULTS look at me strange, its kind of pathetic. thats where kids get it from. They should be taught that its not okay to make fun of the HANDICAPP,
15/07/10 Anon
-12