Well in absence of the cold war, the government has worked hard to keep us scared and as a result, in-line.  When the war on terror failed to do the job they upped the ante to the fear of impending global disaster.  The environmet...  I'm sick of hearing about the sodding environment, global warming, carbon emissions and carbon taxes.  More, I'm sick of political environmental obsession.

I would reckon that most of us are not 'soft-left', tree hugging, green weenies.  We're just average folks who want to do a fair days work for a fair days pay, come home, kiss our partners, play with our kids, relax and perhaps have a holiday or two.  We're not thick; we know the environment and global warming are important.  We also know that scientists cannot agree on the cause and know that America and the emerging countries like China can undo, in a fraction of the time, any good this country can do in the next fifty years.

So why does the government insist on trying to cure global warming on its own?  Why don't they just come clean and admit that it's just another cause to tax the average Joe, while spouting rhetoric that it's trying to save the world.  If they were really so committed to reducing omissions we would see real financial incentives and real determination to find alternative fuel source, competitions and grants to entrepreneurs for example, mammoth investments in hydrogen or bio-fuels, reduced tax incentives for oil companies. 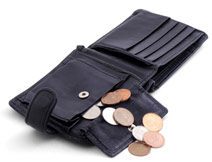 So, what can I do?  I can't buy my new car because my credit is so crunched its anorexic.  I need to keep smoking just to subsidise the financially mismanaged NHS I'll need to use as a result; though given that the same crunch is causing beds to close at my local hospital I may need to smoke and drive more.  I need to subsidise great auntie Joyce's heating bill because all her pension goes on paying for the increased tax on her cottages oil heating and she'll now never be able to replace it with the solar panels and wind turbine she would like.  Never mind, she'll probably starve before she freezes because of the increased price on her food shopping, that's if she can get to the shops because the increased fuel prices and tax will probably cause the only bus in her rural area to be scrapped.

Does any of this hit you where it matters?  If so then I say it's time to stop putting our collective heads up our collective backsides.  A society can only be as responsible as it can afford, which is why the developing countries are telling the rest of us to shove off, with our "we've made it but you can't" attitude.  We too are trapped by our circumstances and we just can't afford (at this time) to play sole hero to the environment.  It's time for some common sense to prevail; we can do our bit for sure [after all we're all forced by fascist like fanatical councils to recycle and ensure our wheelie bin lids are tightly shut], but we should be sending the politicians of this country a clear message that we won't do it at the expense of our lives now.  We won't be terrorised and subjugated by the environmental whipping stick just so they can sound green, all the while chasing the next oil-revenue and creating a society where the well-off will make a token effort and the rest of us can walk, freeze and starve.

As end users in the global trading network we are not even benefitting from globalisation. Why are DVDs sold by "regions" at significantly different prices. It's not because of sales tax or VAT. It's because Europeans have more money, and can be squeezed harder for profits.
12/04/14 Squeeze europeans
0

Globalisation is not in our favour

We are being ripped off

George the Wasteman Osborne ! Full of crap & policies that don't work - crime will rise & people will fear walking around in certain areas , cut benefits & create a new bread of criminal the one who will commit crime to eat !
Maybe get those scum bags from Europe out first & then talk !
Time for a stand against these biggots !
30/09/13 Know it
-6

Big Society = Big Con. The government still wants all the money for the taxes it wants to charge you for, but wants to off-load all the responsibility for the delivery of national services over to charity.

If you want my tax money deliver the service!

If you haven't the money con the banks. Sequester the money stolen from society by the greedy City merchants.
13/02/11 Big Con Society
-22

Funny,isn't it that the government is still droning on about global warming and stopping climate change? Here's a message for you:Climate change is a completely natural process that has happened for billions of years without mankind's interference and will continue to do so. To stop climate change would be like trying to tax the Sun for shining.
13/02/11 DSG
-10

Why are big oil companies allowed to make huge profits from killing the planet? I say it's about time we punished the so called people who head these companies as they are the ones who think profit margins are more important than the planet we live on. But then again it's only a few oily birds right?
14/09/10 Hacked off
-19

I HATE THE GOVERNMENT

The government couldn't give a damn about the environment, all they care about is oil, re-election and milking the population for everything they have with some of the highest taxes on the planet so that they can buy nuclear defence systems that they would never use. The environment is way down on their list of priorities.
09/09/10 I HATE THE GOVERNMENT
-17

Global warming is only the half of it.
The real problem for every living thing is the rapid growth of the human population which is degrading the world at a rate never previously seen.
Population control is the only way.
We must stop subsiding babies.
We just don't need any more.
25/08/10 WinstonSmith
-10

HM Revenue & Customs state that 'VAT is a tax on the final consumption of certain goods and services'. Therefore do they call 'the tax' we pay on petrol 'goods' or a 'service'?

Strange but true in case you don't know, for every pound we spend on petrol, we spend 53.65p on tax. We then have to pay a further 9.39p as VAT on that 53.65p tax/good/service we've just paid (plus another 5.5p on the VAT for the actual fuel itself). So basically we're paying tax on tax!

Also, how has the government got away with increasing VAT even though its a percentage? If the price of everything stayed the same, fair enough but by definition of a percentage, if the product goes up, the vat goes up without the extra cash gained from increasing it from 5% to 17.5%.
15/01/09 McVat
-12

Get with it! Wake up! The oil crisis is due to the Modern World of Globalised Trading.

We are at economic war. We will lose. We here in Britain are not fit enough economically to withstand the onslaught.

We have lost all our traditional markets. We no longer make anything worthwhile selling. Even our services and banking are not what are required. Britain is now in fast economic decline. We will spiral downwards fast.

The world may revolve around free trade, but not fair trade. Its a dog-eat-dog world out there. DOn't for one minute think that China, and India, and the rest of the Far East are philanthropists. They will screw us for everything we have. And they'll deny us the oil if it benefits them.

Don't look to the USA as any kind of saviour. They're finished too.

We are going to have to close our borders. We are going to have to practice protectionism. If we don't the country will collapse totally. The name of game is self-sufficiency. We must grow everything we need. We must generate internally all the energy we require. Those who want to import will be considered traitors. And anyone wanting to travel abroad will be stopped from returning.

I fear for world peace. This oil crisis is one which will have no end. This time it is not due to OPEC. OPEC are merely a symptom of the crisis, not the cause of this one.

What your post says to me is that you have essentially lost touch with your own humanity. You have become completely self-obsessed and self-absorbed, regarding all other humans and their activities in the world from a purely 'objective' perspective. You need to be very, very careful about this because it seems to me that such a perspective is that of the sociopath.
19/06/08 frankieshrophs
3

The older I grow the more curious I seem to become regarding my own moment of death. That curiosity overwhelms all other considerations. Nothing is of the least consequence compared with my own demise. All other matters are nothing but trivia. If anything that attitude pertains most to politics, oil, matters environment, and all the other pointless questions raised men of lesser quality. Time is a great healer. It reasoneth not. I care nought for other passions.
15/06/08 The Great Shoulder-Shrugger
24

I'm not worth it!

I'd like to think that less money about will mean a lot less people applying fake tan to their (hideous) bodies! Maybe even a bit less body piercing, not that your average banker goes in for that, well not to himself.
Part of the oil problem is that oil supply is fairly closely matched by refining capacity. So if a refinery breaks down or gets attacked, this puts upward price pressure on oil. They could do with building a few more refineries?
We'll come through the tumoil, bruised, battered, torn (and looking pale.) And we'll make the same mistakes all over again! But please no one forget who messed things up this time (in 2002-2007.) It was BANKERS, borrowing cheap money from Japan lending it to people and companies who could not pay it back. When it blew up in their faces - we paid for it with our jobs. In future bankers MUST be put on a short leash.
05/06/08 I'm not worth it!
5

Thanks very much for your posting, I now think I will go and slash my wrists! Oh well, it's not all bad - the BBC reports that Prince William is joining the Navy and will doing lots of nice, Navy things no doubt, whilst fulfilling his role as a royal parasite representing the status-quo that keeps us all under the yoke of oppression. I can hardly believe that in 2008 this country still has a monarchy! What the hell is going on? And the taxes the Queen pays proportionally will be insignificant to what I'm having to pay out every month. I feel sick . . . .
04/06/08 frankie
-6

This country has no real natural resources.

We are heading for complete and total disaster.

Look forward to the "Great Hunger", a "Great Poverty" like no other.

The Irish Famine of 1848 will be as nothing compared with this.

We do not grow our own food. Technically we are a trading nation. But all the goods and services we trade are slipping away in the "Great Work Emigration" to the Far East

We will die. Globalisation will drain the living economic force out of this country.

Disposable coffee cups and the environment