Spitting in public is an absolutely disgusting habit.  When I walk down the street avoiding big blobs of 'gob', I just wish there were some divine power that would turn it around mid flight and fling it back in the faces of the morons that are doing it, that might just make them think twice and it would amuse the hell out of me!

What the people that do this don't realise is there mucous could be carrying one or more of the many kinds of diseases which have made a startling re appearence, one that springs immediately to mind is TB (Tuberculosis). Spitting on the street is in fact a public health issue as well as a disgusting habit.

How would these people feel if I walked into their living room and spat on heir carpets, which in effect is what is happening when unsuspecting people walk in it and then return home to trample it around their houses!?  Then for good measure they or their children sit on the carpet and... well need I go on I think you get the picture!

Spitting in public should be illegal in this country... 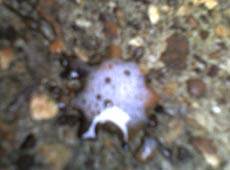 In many countries (China for example), because of the disease risk and the fact it is socially unacceptable spitting in public has been made illegal...  Dare I suggest that we take the same approach here in this country, or will some bleeding heart liberal jump on me and declare it a persons human right to spit on the pavement?

By the way, I would also like to include spitting out chewing gum onto our pavements in with this gripe for all the same reasons!

I have Just read That C19 Has been found in drainage water out of drains in the street!! In Paris. And I Have to say that I am NOT surprised, Their is Vile people out side Spitting all over the place! and some of the People doing this Vile act! will have the Virus C19!

So it sounds to cense that when it Rains is washes all the Spit into the Drainage systems!.

so to me I would Ban Spitting out side in Public! and give anyone caught Spiting a £1000 fine! On The spot! and if they Do not Pay! Have a Bailiff come to the House and take things from their house to the cost of the £1000 pounds!! this might make them Think twice Next time they want to spit in public.
20/04/20 Dangerous752
-1

I don't think there are any laws about spittin but I read a while back that a council somewhere prosecuted several men for spitting in the street using anti litter laws! I suppose it was litter if they didn't take it with them....

On these sorts of forums it's best to not encourage those who attack the poster rather than comment on the topic of the thread.
21/07/14 The Old Codger
0

The Old Codger - You have answered him twice now - rather contradicting yourself old thing - just home from the rub-a-a dub hey?
21/07/14 Seagulls
0

On these sorts of forums it's best to not encourage those who attack the poster rather than comment on the topic of the thread.
21/07/14 The Old Codger
-1

So you're worried about little kids on scooters and TB. Anything else old codger?
21/07/14 Fred E
0

During the past year around 3,500 Londoners were diagnosed with TB - London has the worst infection rates of the disease in Western Europe. More strains of TB are becoming anti biotic resistant and, although there isn’t much evidence that spitting can infect someone with the disease, it’s surely worth eliminating the risk when it is, anyway, plain bad manners and a rather disgusting thing to see.
21/07/14 The Old Codger
0

I have come to the conclusion, that I have no time for silly small minded people who spit on these pavements of ours with the same mouth they eat with. If one person spits on another, does that mean we will all go around doing it?
I ignore comments I recieve when I mention this now, I do not spit, well brought-up people tend not to.
People who are always commenting about having them all prosecuted and given a criminal record are small minded some say, who I expect have never even had to walk in spit before.
In my eyes they are the ones that are missing out on enjoying a clean pavement what a wonderful thing that would be - beasts the lot of 'em.
16/06/14 collar
0

"You can't be a real country unless you have a beer and an airline. It helps if you have some kind of a football team even if the dirty beasts insist upon spitting everywhere, or some nuclear weapons, but at the very least you need a beer."
28/03/13 Frank Zappa
-22

IT IS DISGUSTING. WE WALK ON IT AND SPREAD IT AROUND, FOOTBALLERS ARE SOME OF THE WORST OFFENDERS.
21/03/13 GOBBING
-23

Iv`e never spat in the street, or at home, & if I have a phlegmy cough I just swallow it. There`s never a need to gob all over the place, & only low lifes do it to look hard. That`s just my opinion, & if "spitters" take offence at this post then that`s just too bad.
19/03/13 hairyfairy
-12

I also have Eastern Europeans living next door to me. They spit on the ground at every opportunity. It is disgusting that the men spit, but in my case, the women make a nasty sound before spitting on the ground too. When I go to work, I have to walk over spit that is scattered on the public pavement.

I am not surprised but angry that swine flu came about and TB is on the rise. At this rate, if spitting is not made illegal, then there will be more horrible diseases spreading like wild fire.
20/11/12 Melody
-7

No spitting at the bus stop please