My grandfather didn't see anyone in the car park and my grandmother who was sat in the car at the time, noticed a few 'dodgy looking fellas' in a van just watching everyone going about their business.  She thought nothing else of it though; they had just stopped in to pick up a few bottles of wine to take on holiday with them the next day.  I'm not sure if one of the men that morning saw the wine and thought "ahah! doddery old person and wine equals cash!", one can only speculate but this is what happened.

That evening the police came around as they were packing and explained that he had allegedly knocked over a troley boy and drove off leaving him seriously hurt.  The policeman was very nice and apologetic about the whole saga, however, he had to be cautioned because he had drank a glass of wine at dinner (apparently).  The police said its not the first time that this sort of incident has been reported in the Beverley area and it was possibly an insurance scam.  Naturally my grandfather rang the insurance company (Zurich I think) to explain what had happened.  They were very interested and the fraud department rang them back and re-questioned him on a situation he knew nothing about, the fraud department said that there are patterns cropping up in the East Yorkshire area and if they hear anything else to let them know.

After a police investigation of the CCTV footage and questioning the manager of the store to see if any member of staff had reported injury etc., nothing untoward was found and no similar vans have been spotted in the area since.  The insurance company have also dropped the case since no one has actually put a claim in yet (this was a month ago). 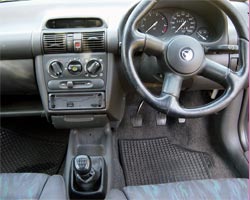 The damage has already been done though and my grandfather having been very shaken up by the whole incident with the police, decided to give up driving and hand in his drivers licence.  He hasn't done anything wrong and this is the effect this whole thing has had on him.  As if that wasn't enough, he has been told that he has to attend a road safety course (even though he gave up his licence) and pay for it himself.  This course costs £224 and if he doesn't attend he will end up in court.  He's eighty years old for Christ's sake!  Personally, I would have gone to court and argued my case, but he's tired of it all and just wants it to end.

The human impact of this situation is massive.  My grandfather is fully compus mentus, he used to be a lecturer and would give the world champion of chess a run for his money - even today! His pride is hurt massively, he's sold his nice expensive car for nothing just to get rid, he's become withdrawn and really quite nervous of doing anything in case he could hurt someone.  He is a very proud man and we as a family, are very proud of him but we are so angry at this whole situation.

It sounds like the trauma of being made out to have done something knowing full well it wasn't true resulting in unnecessary punishment and a blemish on the record of someone who is well respected and has done so much thip was the last straw in this corrupt society we all live in.

This weakened his defence and with everything ganging up on him the police had control of his feelings and made him do something which wasn't appropriate.

Judging by some of the comments, some people don't know what it is like to experience this type of victimisation and cannot be sympathetic because they don't understand.

Those who know what it is like are deeply sympathetic with him and know just how cruel and selfish people, insurance companies, authorities, etc. are like towards victims.

Actions by some selfish criminal for their self gain is evil.
15/06/09 The Samaritan
-12

no offence intended but if your grandad chose to go on the course instead of standing up for himself then he is an idiot.
29/03/09 dennis moore etc etc
-6

This doesnt make any sense. You're going to have to clarify. Who has instructed him to attend a road safety course and why? No insurance claim. No evidence. No offence. No punishment necessary. Something here just doesn't add up. Are you sure you've got your facts straight?
25/03/09 Confused but concerned
6

"As if that wasn't enough, he has been told that he has to attend a road safety course ..." - Jen Jen

Who told him he has to attend the course and why? If he does not attend what offence is he alleged to have committed?
25/03/09 Congo
-12

Is this 'road safety course' business anything to do with the fact that he was cautioned by the police? If so, it is simply a weak and oppotunistic excuse by the police/home office/courts/govt to try to extract a bit of cash from him. As is so often the case these days, mere innocence has no bearing on the matter. Justice, in this country, has long since been taken and hidden in the law. I have no faith in this country or this government anymore and I cannot wait to get out and live somewhere else.
25/03/09 eLeM
-5

Sometimes the earwig is pursued by the rove beetle simply because he appears more confused than the white plume moth. When the lacewing preys upon the assassin bug, then all will become clear. Until then, much is shrouded in mystery.
25/03/09 Owl
-7

Sorry but I dont understand this no one has put in an insurance claim nothing was found on cctv and no staff injured according to manager you write. So who has told him he has to attend a road safety course? Why? and why if he refused would he have to go to court if no one was actually injured?

I dont know what a road safety course consists of but surely since he has sent back his licence he can not drive anything as it would be illegal because he has no licence to drive.

I might have mis read it but you say nothing untoward was discovered but je jas to take a Road Safety Course. If he has no licence what is the Court appearence for ???
In this case his Insurance company should deal on the Third Party Liability.
24/03/09 Pete
-15

Speeding fine by text message, but no letter?