Why do some drivers think that the middle lane on motorways is the correct one to use at all times, and don't they realize that by doing so they are effectively blocking off the nearside lane to all other road users.  I have my own personal acronym for such people M.O.R.O.N.S.  (middle of the road obstructive nuisances).

Why do learner drivers not receive training on how to drive on motorways?  As soon as they pass their driving test are allowed to do this without any guidance!  I don't really blame them I just blame the system.  I talk from the point of view of someone who drives over sixty thousand miles a year and have done for over forty years.

I have recently driven from Southampton to Antwerp in Belgium via Dover ferries.  An amazingly simple motorway journey the whole way - just 280 miles.  My gripe is the enormous number of inconsiderate motorists who block up the middle lane (and often the outside lane) on the British motorways.  The French and Belgium motorways were in fact more congested throughout both journeys.

However I was not forced to slow down as both the French and Belgium drivers have far better road sense and allow the faster traffic to pass by automatically moving to the nearside (or middle) lanes as soon as they have passed a slower moving vehicle. 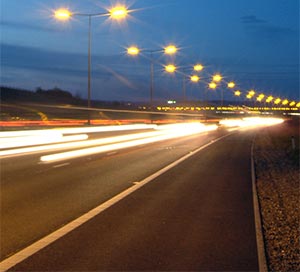 The benefits are two fold - even though there was heavier traffic it flowed without bunching up, and everyone was aware of the traffic around them.  The second benefit is that the driving is therefore much more relaxed and less stressful on the continent with average speeds and fuel consumption greatly improved.

Drive off the ferry in Dover and we are back to the UK style - I have paid my Road Fund tax and I am going to sit in the middle lane and let everyone going even a little faster all bunch up behind me. This attitude often causes a domino effect.  The average speed will drop down to 30-40mph as one car pushes out and takes 2 miles to overtake a middle lane moron doing just 65 mph.

Why not learn from our continental neighbours who know how to drive properly and make things easier for ourselves!  Use your mirrors and move over even if there is no one directly behind you - It does make sense and I hope you agree!

I am a Chauffeur and agree with you whole heartedly.
18/09/15 smyffwawzz
1

Now then, now then - whats all this shouting? Collar's head is bad this morning, so keep it down chaps please! There are far too many idiots allowed on the road, we all know this particularly since they started messing about with speed limits - mindlessly posting 20mph thus causing a mad society come to be.

I learned to drive in a limousine many years ago when the test was far more easier, and consideration for other users was nil.

But lets face it the motorist is just as likely to hit a cow on a country road for arguement's sake.

I'll be glad when its all put back to normal and polices and traffic cops are back in their precinct where they belong, that'll put the highways back in to some sort of normality.
19/08/14 collar
0

Does anyone know of a motorist that has been prosecuted since the new laws came into effect?
As far as I can see things have not changed at all!
12/08/14 Samson (Delilah's too busy to post)
0

Like Nikki I drive slow on the motorways too. I do tend to stick to the left lane all the time, except when over-taking and I am not a middle lane hogger. But I do not accommodate flashers and bullies that try to gee me up to drive faster than I want to - in any lane I happen to be in. Most of the time I drive at 55 mph in the left lane, perhaps 60 if I want to go a bit faster. Hardly ever 70mph unless I have an urgent appointment that can't wait. That is ample speed for me. I drive a 1 litre city car, which is not purpose built for a lot of motorway use, so I figured that to drive it at 70mph regularly would probably damage it in some way or it would lead to more servicing costs eventually. So I don't. Also, I bought the car primarily to save money on petrol. My car should do 65 mpg and the faster I drive it the more petrol I'd use, even on the motorway in fifth gear. If I am not in much of a hurry, why should I waste money to accommodate the need of some BMW driver behind me who wants to drive at 90mph and probably gets their petrol paid for by their employer? The truth is this: there are plenty of motorists who believe that the speed limit is the minimum not the maximum speed to travel at and they tend to cover up their accommodation of such abuses by telling me that I should: "try to keep up with the traffic." I would say to them: "does that include keeping up with a Ferrari doing 100mph in the right lane too?"
22/12/13 Grumpy xx
-3

"Regardless of these new regulations, there is I believe no law stating what lane you must drive in? There is however, laws stating that the national speed limit is 70 MPH.....

Read your highway code instead of believing Denbo. You will discover that on the motorways of the UK that you should drive in the inside lane unless overtaking slower traffic. And yes the speed limit is 70 mph however people of low intelligence assert themselves by driving faster than it.
02/10/13 Richard Cranium
7

Much of the time when I use a motorway all three lanes are in use. I started some journeys back home in the evening and then there's miles of uncluttered motorway with one or two middle-laners sat there clueless. Dipsticks.
18/09/13 Jatwingian
5

Regardless of these new regulations, there is I believe no law stating what lane you must drive in? There is however, laws stating that the national speed limit is 70 MPH, yet the outside lane has a consistent flow of drivers moving at speeds well above 90 to 130 mph. Can you imagine a police car stopping someone in the middle for being in it to long "Hogging" whilst thousands of people are breaking the law in the outside lane and are the ones putting peoples lives at risk.
18/08/13 Denbo
-4

"I once came across a MORON on the M5 doing 65mph at around 10pm. There was no-one around but me and him".

What is so wrong with driving at 65 mph on a motorway? The speed limit on motorways is 70 mph - that is the speed LIMIT, not the speed that you should be driving at! I am assuming that you are accusing this driver of driving too slowly? Why?

I drive to and from work on the M1 every day, and NEVER exceed 60 mph except in an absolute emergency, and I have managed to consistently save £10 a week on my fuel bill. I now do 54.2 miles to the gallon instead of 46 miles to the gallon. I stick in the first lane (wrongly called the slow lane), maintain a safe breaking distance between myself and the vehicle in front, and only overtake when the vehicle in front drops below 50, or I need to speed up a bit and overtake for safety reasons.

Every day I have some moron of a lorry driver (different lorries, but with drivers of the same mentality!) sitting on my bumper, sometimes flashing their lights and hooting at me. Tough - I ignore them. There is no law that says you cannot drive at 60 on a motorway.
13/08/13 Nikki
-5

The main problem on motorways I see is that there are a lot of drivers who fear the first lane. They will quite happily sit just behind you at 70 mph in the middle lane and will not dare overtake you using the 3rd lane. But as soon as you obey the law of the land and return to the inside lane for some reason that person who was behind you wants to exceed the national speed limit and overtake you.

Middle lane and outer lane morons are those who cross infront of your path by inches to try to exit the motorway.
27/07/13 Ban 'em
3

"This will not only ease congestion, but also emissions and possibly drink-driving on motorways."

How does watching what lane cars are in contribute to catching drink drivers? 'Weave Cam' perhaps?

The department of transport are due to bring in a law where any car over 10 years old, will be restricted to the slow lane of the motorway. This will be policed mainly with extra cameras and number-plate recognition technology.
This will not only ease congestion, but also emissions and possibly drink-driving on motorways.