Meat from the supermarket is getting too expensive these days and the prospect of turning vegetarian is just too much to contemplate.  When I can't afford to buy meat from Tesco, I fail to understand how people can afford to shop at a local butcher's shop as the cost of meat is usually higher.

The price of meat has soared in recent years

You will no doubt have noticed that the price of meat has soared in recent years particularly beef and lamb, in fact in our house lamb is very rarely on the menu!  Initially the increase was blamed on rocketing oil prices which of course led to more expensive petrol and the knock on effect of increased transportation costs for food products.  This affected most things found at the meat counter, but my personal 'yard stick' for the rising cost of meat was the humble can of corned beef.  Once the scourge of the supermarket shelves post Falklands conflict, it has gradually seeped back into the hearts and bellies of the British and can now be used to make a variety of tasty meals, as well as slapped between a couple of slices of bread with some tomato and Branston Pickle.  Corned Beef used to be relatively cheap.  You could pick up a can of supermarket own brand for around 75 to 80 pence.  These days even the cheapest brand will set you back £1.50 and that's a considerable difference!

As I said earlier the price of meat appeared to go up along with the increased cost of transportation.  Fair enough I suppose.  But the oil prices came back down and left the meat prices dangling there like carcases in an abertoire.  They didn't fall again as we expected them to and we were still paying high prices for meat as before.  Then came the credit crunch and the whole banking fiasco that led the country into a recession.  Actually, we were probably already heading that way before all that but I seriously doubt if any politician would admit that.  The affect on meat prices?  Well you can kiss the idea of a cheap sausage goodbye for a while because things aren't going to get better any time soon. 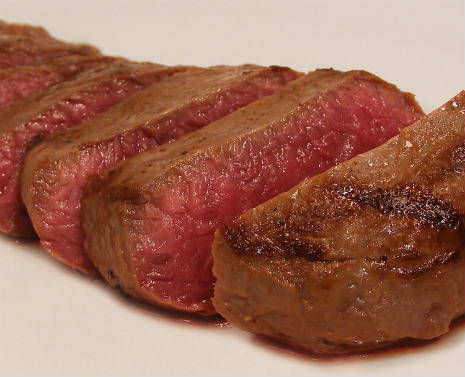 A sign of the times perhaps but I used to always buy fresh mince to cook with - not any more though.  Those days are gone because it's just too expensive and I can't afford it regularly on my wage.  I generally wouldn't buy steak mince though, because that has always been a bit pricey.  Special occasions only!  I'd normally go for regular beef mince, 800g or 1kg pack which would normally serve to make a couple of meals.  The budget stuff was simply nasty - full of gristle and fat (and who knows what else!).  These days I have resorted to buying 1kg packs of frozen mince which works out £1 cheaper than the fresh equivalent.  You can also use cheaper pork, chicken or turkey mince in dishes such as lasagne or a chilli con carne.  Another tip I came across recently which can help spin out the mince is to add a few tablespoons of porridge oats.  It sounds odd, but it has the right texture and isn't really noticable.

Of course whenever I see fresh meat on the reduced to clear shelf at the supermarket I head straight for it - mind you, so does everyone else!

Hello,
Just had to write a comment as I am often or have been short of money for pricier cuts of meat.
I go to a discount butcher shop in the next town, try to find one near to yourself you may be lucky and see the prices work out cheaper than supermarket as long as you buy a fair amount and have a freezer to store the stuff you cant eat in a few days.
30/07/16 ahforfoulkessake
0