I am fed up with young girls going out and getting pregnant and then ruining someones life when they decide the time is right to point the finger.  Hello - is anyone else sick and tired of this same old story?

I have been going out with my boyfriend 3 years and he recently received that dubious brown envelope which informed him that he is the father of a 3 year old child!!  We are both at our wits end having had a bombshell like this dropped on us.

He now has to do a DNA paternity test

Apparently my partner was with her for one night after having drank far too much.  Anyway, sure enough she got pregnant by all accounts and actually had the child.  It's just what a sensible person would do in these circumstances isn't it?

Meanwhile he has now had to do a DNA paternity test which costs £290, and now she is putting her DNA test off!?  His sample has already been done but not hers, so what is the point of it all? 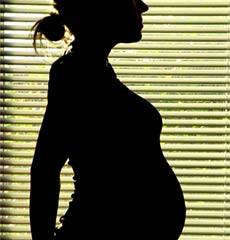 In a way it will be kind of amusing if it is discovered that my boyfriend isnt the father, but do you think we will get any kind of apology either from the CSA or this young woman?  Somehow I think not!

It is a sad state of affairs really.  I have a seven year old and have to work.  I am now 35 years old and my mother would have disowned me if I had got pregnant at 16 just to get off working or to get a council house!

What is this country coming to where girls can have one night stands and point the finger.  It is completely unfair and thanks to this stupid girl our relationship is rapidly going down hill as we are both so upset!

I really think these stupid young girls should not get a penny or any kind of financial support because in my opinion they are just leeches on society!

I couldn't agree more, except In my case, the woman had three other children taken away because she abused them and then tried to get pregnant desperately by lying about her birth control right after her children were taken away. She doesn't have any job and she lives off the child support she receives and no one in the court thought that her past wasn't a reasonable way to judge how she will treat this child? Once an abuser always an abuser. My boyfriend told her during the short duration they were together he never wanted children and everything she told him about herself was a complete lie. The worse thing is she will do this again to some poor soul who gets caught up in her scams, deception and abuse. Seeing as I have lost my own children for reasons that were not of my own doing I hold a lot of resentment towards people like this. I understand their are always going to be people who abuse the system, but enough is enough! I also constantly received harassment from her via face book and many other places, due to her mental illness/ desperation to have a man in her life. I just wanted to be left alone and now finally, I think she has decided to grow up and back off after I sent her a cease and desist letter. I believe I have learned now that It takes two to tango, but only one to deceive. Let me know if you wanna talk sometime, i am willing to share my knowledge and experiences at deadly_nightshade5@yahoo.com
29/12/12 Z.Z.
10

First off... Law states a man doesnt owe support prior to court ordered support is requested. So its obvious the woman is not out for money and the fact she held off for 3 years is some other reasoning! Second, The court will force her to follow through with the dna testing - Great he did what was asked, thats all he can do. Third, just because you have dated this guy or any for how ever long you have does not make him innocent and her a horrible individual. Obviously he put himself in a position where he could be the father to a child. That fault is his to bare as much as it is her's. Kudos to this woman for raising this child on her own with out any help for 3 years. That's amazingly difficult to do! If he is the father he diserves to pay his percentage or step up and become an active role in the childs life where child support will be little to none. Quit whining and pointing your finger at the mother of the child that could be your BOYFRIENDS. Start by pointing it at his irresponsible ass! Are you really so shallow and closed minded that you really believe this woman if she has a child by your boyfriend is to blame in some way over that of your boyfriend? If so you need a good lashing of philosophy for your mind is tiny.......
13/12/12 Inglorious Bastard
2

Christy, what I said makes perfect sense if you have a good grasp of English.

Never mind, just point us in the direction of the comment you quoted; where someone said that all teenage girls "go out and get pregnant to avoid working or get a council house", as that is what you are criticising us for. Who generalised it as all?

Because you know it's true?...

Christy, if the "all" came from whoever you were quoting it should have been inside the quotation marks. As it stands the "all" is yours.

So who were you quoting anyway? One person who said all? Or several posters? I assumed the "all" was yours as I can't see a post where anyone else says "all".

As to your childish remark on another gripe, well I'm not going to bother with a reply.
14/12/11 grumpyoldwoman
-1

"Young mothers don't all "go out and get pregnant to avoid working or get a council house"."

Christy who said ALL of them do? SOME do without a doubt. Who are you calling naive?
18/10/11 grumpyoldwoman
-2

Young mothers don't all "go out and get pregnant to avoid working or get a council house". Jeeeeez! People with your level of naivety just drive me insane.
17/10/11 Christy
16

You say protection was used, so the girl didnt get pregnant on purpose! You sound like nasty selfish person & I have no sympathy whatsoever!
23/04/11 Scott
-5

you didnt have to tell us about your partner I already guessed by the bitterness of your rant, heres the thing- try telling your partner to wear a condom! have you thought this girl actually had the baby because she doesnt agree with abortion? your an idiot, your a single parent yourself and you have the nerve to gripe at this single mother because *bing bang boom* your partner could be the daddy! well get a brain jealous whole and try holding yoyr partner reaponsible for not wearing a hat in the first place, idiot!
10/04/11 chunks
-6

columbo, sometimes I agree with G Lad's opinions and sometimes I disagree; but at least he has some and doesn't just post for the sake of it when he has nothing to say! The posts he mentioned are difficult to read; I just about fathomed out tequila's but cannot be bothered to wade through olderandwiser's.

Lisa, you hit the nail on the head there. There are so many forms of contraception freely available these days that it is almost a conscious choice not to use any and risk getting preganant. And why on earth did tequila's daughter have the baby under those circumstances?
27/09/10 grumpyoldwoman
-1

Men have no right to reproductive choice

Breastfeeding or formula, it's my choice