Modern life seems to have become an obstacle course.  There are far too many people and vehicles all vying for the same space.  And yet another danger has been added to the mix... computer chairs.  You know, those things on wheels that never seem to be at the right height.  (Don't want to scare you but have you seen those news articles about exploding chairs because of the pressurised gas inside?).  But I digress. 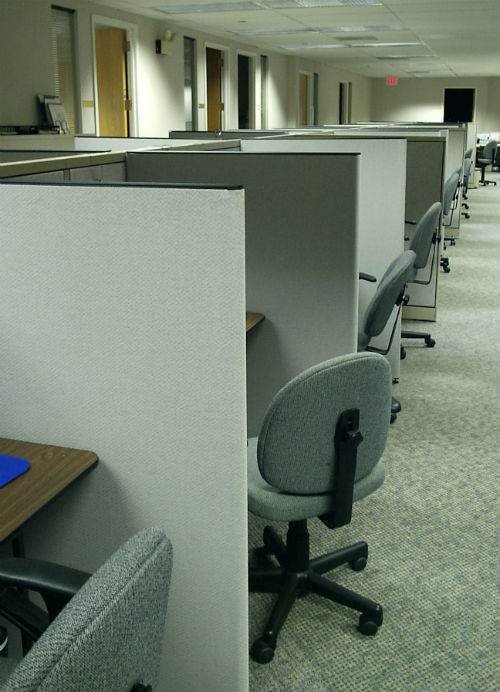 Today, at the libary, I saw someone decide to move to another position on the computer cluster.  So, rather than actually getting up and walking round, he just shoved his chair backwards, used his feet to walk it along the floor and then dragged it in again. Without looking behind him.  With quite a bit of force.  A woman was walking along to the side of him and very nearly got hit.  She had to jump out of the way to avoid being flattened.

To this less than sensible member of the public, I would like to offer the following advice: Look behind you.  You are not the only one using the libary.  Don't use such force.  Your chair shot back around 4 feet at high speed.  Lose a bit of weight so if you hit someone you will do less damage.  Or even better, just get up and walk over, pushing your chair.

It's bad enough with pavement cyclists in the city centre who ignore the "Cylists dismount" signs at the start of the pedestrianised area.  They can be terrifying as they fly in and out of shoppers, relying on them not to make any sudden movements.  Honestly, you could maim somebody.  So, now, computer idiots are another danger to watch out for.  Along with people pulling suitcases on wheels.  Yes, I've got one myself but I don't change direction suddenly and cross in front of somebody, making them do acrobatics to get out of the way.

If only people could be more considerate to others around them.  It just takes a bit of common sense.  Britain used to be such a nice place to live.  What happened?

By: Woman with case