I'm really fed up generally with the amount of junk mail that I get, but more so the amount of offers for credit cards and loans that come in the post these days.  It feels like everywhere you turn, credit card companies and banks are falling over each other to try and persuade you to borrow more money.

This country has, in my opinion a serious debt problem at the moment, or more accurately a problem with its attitude towards debt.  For example, loans, when used wisely, are a great stepping stone.  However with more and more people abusing then, loans are slowly becoming modern man's gallows.  Its the young people I feel sorry for most. 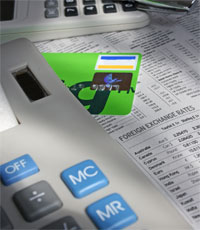 They're growing up in a world where it is not unusual to be in debt by several thousand pounds and where living on an overdraft is considered normal.  Yet for some reason or other the big creditors and banks are more willing than ever to keep throwing loans and cards at some of the most vulnerable people.  Personal debt in the UK is currently at an all time high of 1.1 trillion pounds and is increasing by around 1 million pounds every four minutes (source www.creditaction.org.uk).

There are a number of other factors that either have, or will enter the equation at some point in the future.  The property market is one good example.  House prices are so high that first time buyers cannot get on the property ladder, whilst those who can afford to buy a house now face much larger mortgage repayments.  Add to this the fact that the price of a barrel of crude oil is currently at a record high.  The knock on effect of expensive oil is that you pay more at the petrol pump and household energy bills go up.  You're spending more, so you borrow more.

The story behind price of crude oil is interesting in its own right and one of the reasons oil prices are on the increase is that there is more demand from developing countries such as China.  Our manufacturing industry is in direct competition with the Chinese. With greater worldwide competition some of our export industries will naturally take a bit of a hit and some of the people who work in these industries may loose their jobs.  Some of the unemployed people will be unable to cover their personal debt and this may lead to bankruptcy. 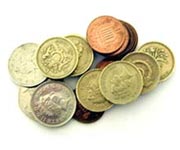 There is a fine balance with so many of things are connected to everything else.  Where is the vicious circle of borrowing and spending all going to end?  Basically we don't know!  Were muddling through and the cost of living just goes up and up.  No problem for the banks and lenders though, they just dole out some more credit and make a quick buck while they can!

I think we all need to learn to live within our means and to borrow less.  Attitudes need to change and the credit industry needs to be regulated better before its too late.

Nick, There is no doubt that these cars are quality and most people that own them can afford to run them, but there are those that acquire them solely to show off to their neighbours, friends, work colleagues that don't have the funds. Maybe some of these people are dealers or estate agents, but not the amount thats about today. What is galling is having to listen to their whining and whinging when things go wrong, and what is even more astonishing is, they would rather starve than loose face and get rid of the car. Arrogant Britain.
10/07/13 Wonga
0

There seems to be an awful amount of these luxury cars around with "For Sale" notices in the windows lately in my area and the dealers forecourts are full of them. But there was far too many people employed in the public sector that have now lost their jobs, perhaps thats the reason.
09/07/13 OAP
-3

If there's one thing that really gets the neighbours talking, its parking a new BMW/Audi on the drive. Nothing like showing you are number one in the street. Sod the finance, worry about it later. You will love the looks of envy and jealousy, you really have to show them all who's top dog. Just be sure your jobs safe especially if your a public service worker.
09/07/13 Wonga
4

Is it me or is there way too many TV/Radio adverts that seem to encourage you to get in debt? You have the online gambling ads, such as Tombola and that awful one with Barbara Windsor, which really get on my nerves. In addition, you also have the loan ads like Wonga, that make applying for a loan seem very easy. Apart from the obvious issue with these ads, I find them annoying. What do others think?
22/05/13 Anonymous
-2

I was stating a fact and when I do refer a customer to read their t&c when they complain about interest and late payment charge their reaction is like I've really insulted them....? Also no one is forced or tempted into any sort of credit, it's their decision to apply for these things isn't it?
13/11/10 Call center advisor
1

If people read terms and conditions before applying for credit and mist importantly paid it back when it's due then they wouldn't be in a mess would they? The main griper stated we need to live within our means and borrow less, he/she is correct. Why was my previous comment arrogant by the way?
13/11/10 Call center advisor
-17

and in fact, I do not use catalogues at all. I trade directly with China through websites and bought items that are better than the catalogues and paid simply through Pay Pal.

Centre call advisor. you would be absolutely no help and in fact you sound down right arrogant.
Catalogues and Stores card have the highest rate interest. Everyone is pushed, encouraged, helped into starting one of the easiest loans available without checking their credentials.

On top, of the high interest, come high charges and before you know it, the Catalogue companies and Store card businesses are making a huge profit out of just interest and charges alone.

In the end, the product that was originally bought, has doubled in price through these charges.
It amazes me how quick they are to charge and raise their interests once they have got you.
It can escalate out of control. Example : item bought £10. Interest charged 36%apr. Charges £12 per late payment. The item now costs £50+. Totally unjustified and I believe - Catalogues offer a "loan shark" type of business.
13/11/10 David
-14

I work for a very well known UK catalogue company and it makes me laugh how our customers order a lot items, get billed for them and then ring us up pleading poverty. Some are genuin eg they list their job before the bill came or had their bank card stolen but for the ones who just moan then it's simple, don't rack up hundreds (or thousands) in debt if you know you can't pay it back, simple. I fear debt so I rent my house and haven't had credit for over 2 years now. If you want something then save up for it you will appreciate it more in the long run.
13/11/10 Call center adviser
2

"Do not trade with China. They are not fit to deal with."

As stated by the previous poster, it is a regime which tramples on human rights and prevents access to the media. The way they have treated the Tibetan and Uygur minorities is scandalous, Tibet of course being a country which they effectively annexed.

China still has widespread child labour and other inhumane practices, breaches copyright laws, and produces fake goods, which is a form of theft, even though most people don't see it as such.

Unfortunately there are some instances where we simply cannot avoid buying Chinese goods, and for that matter those of other countries whose regimes breach human rights, for example Israel, but it is always worth looking for alternatives.
14/03/10 MikeP
-12

Do NOT trade with China

Do not trade with China. They are not fit to deal with.

"We need to preserve our nation's interest, our people's interest, we cannot be relaxed with any information that will cause harm to the stability of our society, to our system, and to the health of our under-age young people," he said.

Well. Go ahead spend spend spend. Soon you will be able to pay off your credit debt with a devalued, worthless and inflated pound.

The pound is in total freefall. Just watch them add zeroes on the notes. They have no choice. Hyperinflation is staring us in the face. Just watch the printing machines. They are going to speed them up.

Impossible you say. Well it isn't.

In China everyone is singing

"I ain't got nobody and nobody cares for me."

I have noticed that our country rewards incompetence, The US and the countries of the EUropean Union also seem to do this. The incompetence I am talking about is the inability to manage a large business properly and profitably over a long period of time. I mean, by a long time, several generations. These people are not trying to leave the next or subsequent generations any a kind of wealth.

The people at the top of businesses and companies in this country want to make a very fast buck for themselves, in as short a time as possible, as quickly as possible before they are found out just how bad they were at running the businesses they were assigned.

Selling young people credit is extremely profitable in the short term. In the long term it is disasterous for the country, to social cohesion, to everything this nation stands for.

Selling China and India the blueprints how to make cars, buses and lorries is very profitable in the short term. In the long term the next generation will not find work as skilled labourers. Theirs will be the work of unskilled labour, if they have a job at all. Those who sell these industrial patterns are nothing short of being traitors.

With China and India on the horizon, the European Union, having failed to protect us from the onslaught of cheap industrial goods from territories outside the union, which it was supposed to do, becomes totally irrelevant. We should seriously question our membership.

Don't look to politicians for a lead: all they are out to do is make a fast buck for themselves. Greed has driven this country to desparation.