This is probably more a piece of advice than a gripe.  I learned the hard way that it is really not a good idea to be complacent when it comes to home contents insurance, actually it probably applies to any kind of insurance really.  Basically, you should always shop around rather than just renewing your policy every year.  You could save yourself quite a bit of money and it's better in you're pocket than in the hands of some insurance company.

I bought some Home Contents Insurance many years ago, with Norwich Union, now Aviva, underwritten by Lloyds TSB, and I remember, quite clearly being told by the sale rep that if I didn't make a claim, I'd be entitled to a no claims bonus by having my premiums reduced.  That was the hook that got me to sign up with them.  But after several years with them, my premiums have risen steadily instead, with no sign of any discount or a no claims bonus showing up on my annual statement.

Recently, I rang up NU to make a claim for an MP3 player that cost me less than £200.  I only bought it two months ago but I've dropped it down the loo and the motherboard it was completely useless.  I didn't fancy forking out for a replacement so soon after having bought the original.  I was entitled to claim under my policy under 'accidental damage' but I would have to pay the £50 excess.  I was also told that my premiums were likely to rise further for making this claim.  They wouldn't tell me how much they would rise by either.  So I was left wondering whether it was worth pursuing this claim at all. 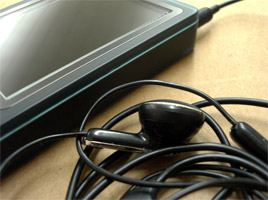 In the end I decided not to make the claim, which is probably what NU wanted me to do.  The extra premium hikes and the loss of my 'apparent' no claims bonus (which have never been apparent on my statements in the first place) would probably amount to paying for this damaged item several times over in a fairly short space of time.

What I did decide to do was to ring up to get some new quotes for home contents insurance elsewhere.  I went with Direct Line in the end.  Not only was the cover a lot better and included items taken out of the home, but my premiums were a third of what I am currently paying with NU.  In fact, my monthly premiums with DL with no apparent discount or no claims bonus, are less than the intial monthly premium I paid with NU when I first started with them back in the early 90s.  So that just demonstrates just how worthwhile it is to shop around.

The saving I make with DL, in less than a year, will easily cover cost of replacing this item.  So it won't feel that it's really costing me anything to replace it.  After all, if I hadn't damaged this item and rung NU to enquire about claiming for it in the first place, I would have continued with them not realising that there were much better bargains to be had in the insurance market.

Always shop around for your home contents insurance.

Non Sequiturd I had a similar problem a while ago, I asked an insurance man for a quote on the contents of a rented industrial unit, A while later he was in my home waiting for me with a quote for building insurance, I pointed out that I did not own the building, & had no intension of insuring it, but he was adamant & wanted paying for the time he cocidered I had been on cover. I lost my temper & ejected him from my home they like building insurance because they rarely have to pay out
19/01/11 Boblet
-6

I tried looking around. I want Home Contents insurance, but not building s insurance which is covered elsewhere. Would you believe it, Adam and Eve it, a major bank and insurance company refused to give me a quote for contents insurance simply because we had had subsidence 20 years ago, a problem which was fully fixed. What the hellio has subsidence got to do with contents insurance?
19/01/11 Non Sequiturd
-2

I discovered this the hard way too.
Despite having a 'no-claims discount' on my existing charges, when I reapplied to my insurance provider, the charges were half (and that's taking into account the special offers). It seems to be the same with ALL insurance companies. But, if you give them a call they will likely drop the charges - for me 'because I was a valued customer'. they matched the new customer charges (and my Mum managed the same thing with a different company). 'Valued'? yeh, right....
06/01/11 ladylouise62
-2

Halifax has just put up my premiums by an extra 10% for 2011 with no justification. And added new clauses to cut their risk.

You can usually bet that when you are able to make a claim you are usually dissuaded from doing so in practice because the excess on the claim doesn't make it worthwhile, along with threats that your premiums will go up once you make the claim. In that case you end up paying for the damage or loss yourself - via other means. That;s enough to stop anyone from claiming. Otherwise, there's just a sub-clause buried in the small print that stops you from making a claim in the first place. It's just a form of legitimate robbery that makes mugs out of those that pay monthly or annually for peace of mind when, in effect, such peace of mind is usually an illusion in practice. That's why it pays to shop around. I halved my insurance by doing just that.
01/12/10 Grumpy xx
-8

The problem is that, and it's true of all insurance, you only find out how good the policy when you actually claim against it?
I have know people who "claim"accidental damage when they want a new TV or whatever, they regard insurance as a sort of 'money for new things" fund.
01/12/10 Timelord
28

It is not the loyal customer who gets the best deal. Consumer promiscuity is the name of the game now. If you stay with any service, without renegotiating, you are a sucker and treated/charged as such.
01/12/10 Good Gordon Greedy Gecko
-10