After selling my car, recently, I called my insurance provider to cancel the policy.  I had a very lengthy discussion with the customer service advisor about whether or not I should suspend the policy and continue to pay it (remember I don't have the car anymore!) for the outstanding eight months of the policy in order to receive a full refund, or should I just pay their £28 cancellation fee instead.  Well I opted for the cancellation fee and I was duly advised to cancel my direct debit.

I received another letter demanding £72...

I received a letter from my insurance company demanding the cancellation fee, but before I paid this I received another letter demanding £72.  This confused me somewhat as it was only 14 days since I'd received the first demand and had received no explanation of this sudden increase in the amount I had to pay. 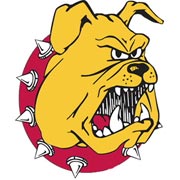 On inquiry, it turns out I cancelled the direct debit too quickly and in mid payment.  My insurance company told me that I pay on the 27th of each month in arrears, not in advance which seemed strange.  Bear in mind that I cancelled my direct debit on the 24th when I spoke to them.  It would appear that on following their directions I am now in arrears and owe money, with a threatening letter demanding payment within 14 days or risk debt proceedings!

The belligerent side of me is not prepared to be bullied in this fashion.  So although I will still have to pay the amount outstanding(although I am checking to see if this payment in arrears business is correct), it has been put on hold to give me time to receive a written apology which is apparently winging its way to me as I write.

nick, if 6 years have past then your policy of ignoring it is really quite sound. However, do not at any point acknowledge the debt. Don't telephone, or write, just carry on as you are.

The letters will come for quite some time, some of them looking almost as if they are official court documents which, of course, they are not.

Your right about more injustice in the world. Every time I see an advert for Wonga, or some other disgusting incredibly high rate loan company, I realise that for the ordinary folk in this country, the system is broken, corrupt and immoral. Parliament is as remote as Mars and only bends its ear to Big Business and vampiric money lenders.

After cancelling my car insurance, with about 6 months still left to pay, I received a letter saying that I owe them Â£292.00 . Well that seemed ridiculous to me and I've just ignored them....Now after six years have past they finally found me at the new address and they are asking for the same amount of money Â£292.00 :) . well they aren't gonna get-it from me, because that's absolutely ridiculous. I mean , I didn't make no claims ,I paid my 6 instalments always on time, so they earned money out of nothing and now that I have cancelled my insurance they want to rip me off. I don't understand......they gave me nothing....I made no claims...they spent no money having me as a costumer, how can I still owe them anything. What the hell has this world become?!!! we living in the 20th century and there is more injustice in the world now than it was back into the stone age.
06/09/13 nick
-4

Great information and post. I would like to thank you for sharing your ideas and times
www.propertyturkeysale.com
27/01/12 Property in Turkey
-9

After selling my car, I send back my policy with letter to admiral insurance to cancel my policy.After one week they send me letter with information I need to pay sill 1300 f , even I don't know what to do now.
08/04/11 marg
-18

I have recently sold my car and asked NU to cancel my car insurance policy. I have been with them for about 3 years 6 months but still they say I will have to pay $118. What the hell, Does the insurance policy not work like mobile providers etc that after a year the policy carrys on with a 1 month notice?
I canceled my direct debit but they are sending letters to pay the amount. I would be happy to pay $50 but 118 is too much. They have sent note that if I do not pay in 7 days they will send this to debt collection agency. Does that mean they will come to my home and take money or they will black list me or ....??? I spoke to them and clearly stated I am loyal customer and been with you so long but still they do not agree.
Please advise ASAP.
08/02/11 vinsa
0

can any one tell me if my car insurence company can charge me a cancelation fee plus the last 2 months installments of my insurence left on the policy even though they have said they can not switch the cover to my new car.
18/11/10 heidi
-12

I came to the end of my insurance year, shopped round for a cheaper quote got one with another company. Now I have just received a debt collectors letter for 182.00 from the old company Auto Direct for insurance I didn't agree to! How can they do this!
03/07/10 Mrs A
7

I am currently having a huge arguement with Swinton over car insurance..... I called one saturday morning, and was assured that the policy was cancelled and that I was to cancel my direct debit asap... which I did.
On the Tuesday after, I then found that they still managed to take the money, I then spoke to my bank about the matter and they told me that the the insurance company was in the wrong, it was a mistake and that the money would be refunded to me.
So on that day, I called Swinton again and they told me that the poilcy HADN'T been cancelled, so the man sorted it out for me, cancelled the policy, and informed me of a small charge. So that (as far as I could see) was the end of it...

Today I received a letter informing me that I was in breach of my contract for not paying my last instalment [the instalment AFTER the policy was cancelled] and that if I didn't pay up in 14 days, they would take me to court.
Like you, I have also sold the car and simply do not have the funds they are demanding from me!!
So confused ...!!
09/06/10 Aamirra
-4

Today my insurance company want to charge me £222.63 for cancelling my insurance. I dont see how I should have to pay this. yes £50 for the actual cancellation fee but not the rest. I have cancelled my direct debit so no more monies can be taken by them. Will this mean I will be black listed?
29/01/10 Mazza
10

In disgust I have finally given up a 3 month battle with Norwich Union over cancellation of car insurance in December 2008.

After cancelling by telephone, I naturally stopped the direct debit. NU then wrote to me in January complaining. I rang their Indian call centre to advise them of their mistake. The robot at the other end could not seem to grasp the simple fact I was not going to pay for insurance I did not want. She insisted I had been covered and must pay. After an hour of arguing and a demand for referral to a manager she finally agreed to 'waive the final installment.'

Three more letters arrived from NU, each demanding payment followed by a threat of court action. I responded to each letter by telephone. Each time I rang I had to go through the situation from scratch and each time they agreed they had "waived the charge" and reassured me "not to worry, you will not receive any more letters".

This Saturday a letter arrived from a debt collection firm, purporting to act for NU. Back to square one as if nothing had happened! All my telephone calls and letters and their bland reassurances were for nothing..

In disbelief I took another zombie at NU through the entire saga and asked if he had any record of all my calls and letters. He then put me on hold while he “checked with a manager”. When he returned and I continued to press him as to why NU had maintained one story for 3 months and then suddenly changed their minds, he simply hung up!

I have never dealt with such an incompetent and useless bunch as Norwich Union. They are absolutely awful and I will never buy anything from them again.
03/03/09 Santiago
10

There should be more spot checks by police to make sure people have insurance. If they don't then they should through the book at them and lock them up for a while. It goes without saying, some people are just extremely selfish.
17/09/08 Kevin
-12

Most people I know have no car insurance. It's just unfortunate if you pay your insurance and you have an accident with a non-payer.

Expect to wait at least three years minimum for any payment due to you other than that of your insurance company for auto repairs or replacement.

I was hit by a non-insured driver, injured my whole family. This was over three years ago now. No sign of any compensation on the horizon to date.
28/08/08 Ido of Albania
2

Car insurance is far too expensive so shop around