I feel that my husband has recently been very unfairly treated by our van insurance company.  He had an accident a couple of years ago and the company settled the insurance claim for the van almost straight away.  However the claimant (other person in the accident), has now decided to claim for damages to a sum of £1407!

This went to Sheffield County Court and we were advised by our insurance company that we would be represented by their own solicitors.  I rang the insurance company the day after court case (3rd of February 2007) and was told that the case had been settled and paid.  Well they were obviously lying because I rang Sheffield County Court recently and the claim has apparently not been paid.  Now my husband has ended up with a CCJ on his file. We would have paid the claim ourselves if we had known this was going to be the result of the useless lying insurance company. 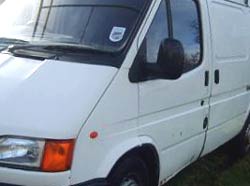 I think this is a serious matter.  Does anyone know whether or not it might be possible to sue the insurance company in this case?  Should we just pay up for the claim ourselves and then try to recover the money back from the insurance company, thereby getting the CCJ removed as soon as possible?

If anyone has a similar situation to this or has had similar dealings with an insurance company I would like to know.  Also, if someone could recommend a good solicitor that would deal with this kind of case that would be very helpful.

Our insurance company is based in Ipswich and they are not going to get away with destroying our credit history.  To make matters worse we are trying to get a mortgage at the moment.  WHAT WOULD YOU DO?

Be aware, do not make an enquiry to an insurance company about a claim, as later it will bite back. I rang to ask what was my excess on my policy as I had put a dint in my sink top. I was told it was £150. I could change it myself for less so I said I would not be claiming then.

I now need my policy renewing for the coming year, so looking around for a cheaper quote. Filled in an online form with Churchill, got a quote, so rang just to confirm details. I did mention the sink enquiry then I was told the quote would be £42.00 more, even though I never claimed. What a rip off!
04/10/12 premdump
-8

I have just received a claim for car damages via Sheffield County Court
Yes my insurance company also informed me that the claim had been settled,
but obviously not.
Since the claimant is a neighbour, it has now caused much animosity.
I have today received some legal advice that I have a right to sue my insurance company if this is not put right.Apparently according to the legal advisor,this is a common problem.
31/07/11 denalll
3

am six months into my second year of van insurance with direct choice firstly at the end of my first year my premium doubled now I want to cancel my policy as I plan to sell my van ( worth £400 ) and it is going to cost me £200 on a policy I pay monthly by dd totalling £330 for the year this leaves me totally disgusted as all I want to do is stop the policy can anyone help has anyone encountered this too many thanks.
12/05/11 Tim
-13

I've had similar experiences with an insurance company myself. Of course they all lie. That's what insurance companies do and you can trust them about as far as you can throw your car!
13/11/08 Maud
-9

All insurance companies lie, better get used to it because it doesn't matter whether you drive a van or not. Good luck trying to sue them though, you'll probably find they have the resources to take you on.
12/03/08 Pat
-18

Do not forget to write to the FSA either as a complaint, against the Insurance Company
23/02/07 Gandalfql
-5

Firstly, spend a few quid and go see a solicitor. Secondly, write to the chief executive of the insurance company (mark you letter 'private and confidential') and explain your problem (see paragraph below). Advise him/her that you will be taking legal action against their organisation unless they resolve this matter to your full satisfaction. You can threaten to discredit them in national press etc. But be sure that anything you write or say is factually accurate and can be evidenced in some way. As much as they will whimper if they are wrong, rest assured that they will attack you if you are wrong.

Normally, speaking to the top really does help and if you go about it in the right way, I.e. ask for their help before resorting to threats of legal action, they are only too happy to assist you. You will also be surprised how easy it is to access the head honcho with a little research.