My gripe is really about the lack of timely communication and there are quite a few companies out there that are guilty of this.  If a customer sends you an email or makes contact through a form on your website, the very least you should do is get back to them within 24 hours.  After all, any business that left their telephones ringing and ringing would pretty soon loose customers.  If have provided an avenue of communication for customers then you should service it and respond to them.  I'd also like to say that I find the use of premium rate numbers quite distasteful, and in these times when every penny counts, you can bet that more customers will seek out the lower cost alternative number.

Here's a recent example of this.  Megabus may well offer very cheap, practically unbeatable bus fares for travel to and from the UK's major towns and cities, but when it comes to general responsiveness to queries via email, Megabus have been found wanting - at least that has been my experience thus far.

I had been trying to plan a trip from Oxford to Coventry for my son recently and the cheap fares offered by Megabus were very attractive indeed, far better than the train or rival bus companies, also far more cost effective than the cost of petrol if I were to make the return trip by car.  There wasn't a huge number of buses throughout the day as you'd expect, but the journey time was just over an hour so it seemed a pretty good service all round. 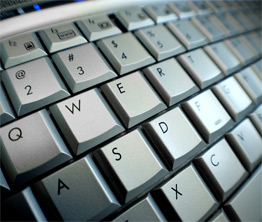 The pickup point in Oxford was fine as it was at Water Eaton Park and Ride, not too far from home so all well and good.  However, the drop of point in Coventry was a bit of a problem.  Cannon Park is the other side of Coventry for me and as I would need to borrow my partner's car it wouldn't be straight forward to fit it in with work and school times etc.  A local bus journey from there to my home would probably add another hour to the journey.

After a little more digging around on the Megabus website I found out that Coventry (on the 'Stops' section) had two pickup and drop off points, one of them was at Cannon Park and the other was at the rail station in Coventry, the latter being ideal for us.  I wanted to check whether or not this stop was used though as it wasn't mentioned on the journey planner.  As you'd expect I went to the 'Contact Us' page and found the enquiries email address, so I fired off a quick email asking about the other stop and waited.

I had hoped to get a response at some point during the next business day...

I had hoped to get a response at some point during the next business day so I could carry on and book tickets or make alternative arrangements.  No response was received from Megabus however.  "Why don't you just call them?" you may be asking.  Well I had considered that, but as it was an 0871 number @ 10p per minute and email was free, I thought let's go with the free option.  Besides, I personally favour email as a means of communication and most companies (if they have any self respect) are pretty responsive to emails.  I decided to wait another day, they may have just been particularly busy.

The next day I still hadn't received a response to my query so I fired off another email.  That was actually five days ago and I still haven't received a response to either email.  I have just called the general enquiries phone number (no, not the 0871 number as I found an alternative on Say No to 0870 - 0141 332 9644).  Anyway, as it turns out they are not servicing the central Coventry stop and Cannon Park is the only stop for that journey.  This information was provided by the dour sounding customer service advisor I spoke to having navigated through the menu and automatic messages (yep, that would have cost on the premium rate).  I would have thought if the stop is no longer used then they should remove that information from the website to avoid confusion.  Just an idea there folks...

The bottom line is, respond to emails ASAP or you'll start to loose your customers!

I have emailed talk talk regarding monthly emails from tiscali asking to enter my account details, forwarding the emails on to them....NO REPLY. Now using my email address they are requesting my email address !! I am at a loss as to what they want me to do. When I try to get on to the Talk Talk web site it is not possible. How do they expect my to verify my address on their site. Not sure what clever tactics they expect me to use. Fed up of even trying...so they now want to charge me for a paper bill, which I have never had and don;t want. This never happened with Tiscali.....and this is supposed to be an improvement.
11/04/11 Unhappy customer Cheshire
0

fed up of police corruption

If an agent acting under RIPA has control of your comp and laptop then it's up to them if your email gets through to companies or not. Very often these RIPA agents will try and navigate you to what are seemingly cheaper offers but you pay a lot more in the long run because you're being spied on and you have to pay for it. That's why advice centres who investigate and find that companies like NPower, Virgin Media and Barclays have to pay compensation for ripping customers off, have to close because although they think they're doing a good thing, they're actually not because the cost of undertaking prevention of crime has to come from somewhere.

And if you decide not to put extra security on your online banking like Rapport for Natwest's online banking and then you get a message while you're logging in asking you to enter your password and PIN in a pop-up box to verify your identity and then you're account gets emptied, it's to force you to download Rapport which is useless to you just like when your normal internet security gets disabled but your computer doesn't get infected because it's being protected by RIPA agents so they can watch your activities online. Unless you post on sites like The Weekly Gripe and then they'll let your computer get a virus and shut it down for good.

I don't know if Natwest will only let agents spy on their customers online through Rapport but I understand that Sky pass their customers to HEROtsc for this.
03/02/11 fed up of police corruption
5

Swindon is worse, by far, than any of the other places you have mentioned. It happens to sit in a beautiful county, which makes it seem like a festering carbuncle on an otherwise beautiful woman's face. Anyone who hasn't been to the Brunel Centre on a Saturday afternoon doesn't know what the ugly underbelly of British society looks, smells, and sounds like.
03/02/11 MikeP
-7

A bit off topic but Slough (like Bradford or Manchester) has absolutely nothing redeeming about it. You'd have to really dislike your prize beneficiary to send them there.
03/02/11 AOD
2

The only good thing about Slough is the location. It's very easy to visit London and Reading in a short time.
03/02/11 Grumpy xx
6

Yes I have heard of the poem, have just found it and read all of it. Trouble is there are far too many places like that now!
02/02/11 grumpyoldwoman
4

I'm sure you know the Betjeman poem, "Come friendly bombs and fall on Slough! It isn't fit for humans now".

I suppose you could say that about a lot of places these days, including where I live.

Thank you for your gripe response below and for filling out our satisfaction survey. Your name has now been added to our special gripe competition for satisfied customers where you could win a weekend for two in Slough. We apologise for not responding sooner to your complaint and will endeavour to do so as soon as we receive your payment.
01/02/11 Grumpy xx
2

And some companies don't even bother to answer emails at all.
01/02/11 Waiting for Godot
1

It is latter, not later. And at should never be written as the symbol. Other than that, I agree.
01/02/11 jhdfskshjfd
13

I agree entirely too. It's just rude to ignore emails when you have provided customers with an email address. They should answer within 24 hours, preferably on the same day if you email in the morning; even if it's only to say "we're looking into it". As Fedup and the O.P. say it usually costs a bomb to phone them and email is free.

The other thing that drives me mad is, when you do get a reply, the answer to your query often seems to have been picked from a list of stock answers by an automated system, because it does not answer your question in any shape or form. It just does not seem possible that a human could have read your email and misunderstood it so completely. So then you have to email them again and of course by then you're starting to get annoyed!
01/02/11 grumpyoldwoman
-6

Agree entirely most companies seem to set up their jolly websites then never ever update them as circumstances change.I also agree why should we pay horrendous amount to telephone them? They all the seem to be the same, money grabbing twits with no intention to provide a good service.
01/02/11 Fedup
1

One of the appalling things about people like you is that you believe that all the workers of the world are poised to lavish sycophantic attention on every vacuous email that you send. Perhaps they don’t deserve an answer? Maybe they are utterly boring, long winded gripes that go straight in to the bin.
31/01/11 Mr_Bill_Asperger
-10

Why do people no longer respond to emails?