So who said Big is Beautiful!!!?

Another BIG company has just proved to me, once again, that BIG makes for incompetence on a BIG scale, shoddiness on a BIG scale, money-wasting on a BIG scale and time-wasting on an even BIGGER scale, to name but a few elements of corporate blundering.  I've just received a letter from my car insurance company (Sheila's Wheels) telling me that they wrote to me a few weeks ago reminding me my car insurance was due shortly.  The first letter was dated and sent nearly one week AFTER I had already renewed my policy with them!  To ensure that they did have my (paid for) insurance records correct I wrote back to them and gave them cross referencing details regarding my old policy and my new one.

For my own peace of mind I will have to, again, respond to this second (unnecessary) letter as I have no faith in them being able to keep my records correct and if I don't respond to this letter, the possibility is they will incorrectly cancel my already renewed policy. 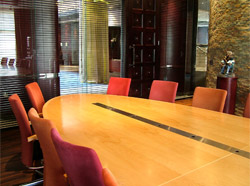 Is it any wonder that companies complain that they can't cope with demands put upon them, the amount of time spent duplicating situations.  If they recorded details immediately and accurately (and employed people who could actually read and understand what they are looking at) most BIG companies would find that (a) they had very satisfied customers (b) they weren't haemorrhaging valuable and unnecessary cash; and (c) by not time-wasting, would find they had more time to add new customers to their merry-go-round - but who cares?  Obviously not them!

It's about time that the people in the boardrooms got off their butts and took a look at what is happening (or not) within the sub-standard foundations (ground floor staff) of their company - that's if they could be bothered of course!

...and BT staff are another bunch of incompetents as in my latest communique with them I emphasised the fact that any reply from them had to be WRITTEN as I couldn't trust them to carry out/record a spoken instruction.  They've just TELEPHONED to speak to me regarding my letter!

Maybe not the appropriate heading but here goes. Anybody with a mio dash cams with saftey cameras beware. This company sells their units with the " safety camera warning downloads for the life of your unit".Mitag/mio are not hororing this selling commitment. Last update 02/08/19. Speed camera locations are warning out of date. Watch out you don't get caught and fined.
03/12/19 Guest
7

I don't have a landline or broadband service as I don't really need it for now.
But big companies are the same the world over.
You're just one or two people whining as far as their rationale is concerned so its not worth fixing the cause of your complaints and hey, they can always find another sucker willing to have their account debited every month for the service or lack thereof they provide.
21/09/13 ahforfoulkessake
1

Same problem with BT as I had, you've only got to look at " problems with BT" on a browser to see the complaints they get. The trouble seems to be THEY JUST DONT Fcuking-well CARE.
12/03/13 UPtheASS
4

I have finally lost all hope of finding an intelligent person at BT customer services. Today was the final straw, I have cancelled my line, broadband deal with them and given them seven days notice to remove the connection from my property. Weeks of being given assurance that my billing problems(caused by them) have been corrected amounted to nothing. They really do not care and as soon as they put the phone down the customer is just another punter to be taken for a ride. I may have just cut my nose off to spite my face, but it feels good to give BT the sack!!
12/03/13 Jethro
0

And here are a few that in my own experience,just want to make a fast buck instead of providing decent service....
Halfords PC World/Curry,s. Partmaster. Talktalk, British Gas, BT , British Gas,Lloyds TSB
I actually shop online quite a bit, Amazon for books CD,s etc, and by contrast I have always been treated with excellent service by them.
16/01/13 poppy1
-4

Sadly all too true, and you can expect zero customer service and total incompetence from:

Consumer champion Dominic Littlewood is back for another series of the BBC show Don't Get Done Get Dom.
Have you been treated unfairly by a company or organisation? Maybe you’ve tried complaining, but feel like you’re getting nowhere – or perhaps you don’t know where to begin?
Dom wants to help you. Email me with details to dom@flametv.co.uk or call 0207 598 7390
11/10/10 Dom
2

Second this more than you can imagine.

Stupidly brought a BT branded cordless (not DECT) phone to install at home and one of the handsets has stopped working properly.

Gave BT and call and they wouldn't even consider some form of replacement or anything despite the fact it's their own branded product.

In truth it's a crap one anyway; big/bulky and feels like it was made in some dodgy European country.
12/03/10 CJ
2

Two big companies I hate most are Microsoft and the BBC. Both give very little for what they expect in return. The solution is:- Do not buy Microsoft products. Just steal them off the net (I paid nearly £80 pounds for 95 and it was s##t . As far as I am concerned MS are still £80 into me and until they deliver something I consider worth that amount, they owe me.
As for the BBC. Do not pay your licence fee. There is thousands of hour free TV on the web. You are paying for Sky and Vigin so why should you pay tax for a parasitite, goverment controlled media.
18/02/10 HAPPYBUNNYNOT
4

Big is bad. Big is very bad for worker democracy. Why do our the European countries allow takeovers by large foreign firms? Big is bad for worker democracy. I work for a large foreign firm with a large presence in European. It was taken over. It has no intention of allowing Trade Unions whatsoever. Who is this foreign firm to say that trade Unions are to be banned in our country? How dare they? The large firm takes over and then as soon as a Trade Union is suggested they threaten to outsource the work to a Trade Union free country offering slave labour, or appalling conditions. Why do we allow such artifical trade?

Instead of a Trade Union we have a worker's council. What a toothless useless tiger that is. The firm simply ignores it, and any "suggestions" it may have. What a waste of time.

Globablisation will eventually reduce Europe and its member nations and citizens to total penury. Don't be otherwise fooled.

Capitalism is all about the exploitation of workers. It always was and it always will be. The larger the firms there are the more the explotation. Exploitation can extend right across the ocean, rigght across the world.
16/02/10 Big Bad Wolfs
0

Big Companies that take over others are only interested in filthy lucre. Customers are generally a main source of that filthy lucre, but if companies can make more money by asset stripping or outsourcing the work to far eastern they will do so. They are NOT interested in any kind of customer or worker democracy, and will sell all of them down the river if there is a profit.

Shareholders and pension funds, and retirees look to your pockets. The really clever operators will screw you too.
02/02/10 Reality
5

Congo,
Only a Court can issue a 'court summons'. As simple as that! My previous comments still stand. But thank you for your contribution and interest anyway.
04/01/10 miserablemoaninggit
12

Adrian Flux insure you with a company called Trinity Lane ,they say that they are a different company ,they might well be but they are still owned by the same people ,they then have a different law firm and they then pass you in tio yet another law firm ,by the time you have been through five different firms all dealing with the same claim ,they hope you have given in with exaspeation but do not , I know this is hard when you have been injured and lost your car but keep fighting!
03/01/10 gix
15

I know what you mean. The bigger the name, the more complexity and with ever more shuffling of data across international borders, the greater the confusion. - My father was recently asked by his existing insurers, (Direct Line) to provide evidence of his 'No claims', as he had sold his old car and bought a new one. All he wanted to do, was transfer the policy with the same company. At one point, he was asked to send a hard-copy letter, of a conversation, he had had with Direct Line's Customer Service Dept, to 'prove' he'd phoned Direct Line to query their own exsiting of his 'No claims' and why they needed him to send info, they must already have.
03/01/10 Kryton
9