Email used to be great way to communicate and to my mind it's still one of the best ways to communicate on the Internet.  At least it would be if the people you are trying to talk to could be bothered to respond.  When did it become totally normal to ignore emails?

I can totally understand the temptation to delete emails because spam used to be a big problem and probably still is for some people, but these days the filters are much better.  To be honest with my GMail account I hardly ever see any at all.  I can also appreciate that people wouldn't want to respond to cold emails that aren't spam that come from companies that they've done business with in the past.

What I don't understand is why someone wouldn't respond to an email asking if they still want that free thing that they said they wanted a few weeks or months ago.  They filled in some details and gave you their email address and indicated they wanted "that thing".  So naturally when that thing isn't used after a while you'll wonder why and drop them an email.  A polite response indicating they're busy and they'll look at it as soon as I can is occasionally received, but more often than not it's a wall of silence. 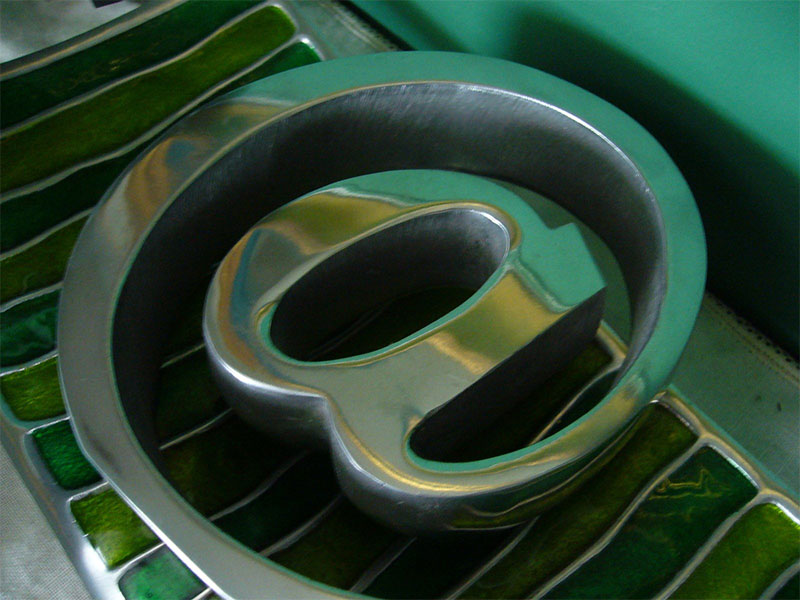 The other thing that might spring to mind is that people don't check their email very often.  This is something I find hard to believe since most people have a smart phone connected to the Internet pretty much permanently.  Even back in the days of dial up you'd usually get a response to a query in a day or so.

I'm not going to dwell on this too much.  Needless to say after a couple of attempts or so I'll give up and those details are consigned to the bin.  It makes me wonder though, how did things get the way they are?  Is it something else we can blame on social media and the Facebook era?  Maybe there are too may ways to communicate so people just shut down.

I'll leave you with that thought as I go and delete some people.  Maybe it's you!

So naturally when that thing isn't used after a while you'll wonder why and drop them an email. Costa Mesa Concrete Company
25/11 Jake Kim
0

This drives me mad and it has come at just the right time! We're going to a dinner & dance on Saturday and I had to contact the "events manager" at the hotel about my meal as unfortunately I have to order gluten free.

I emailed her twice in December, then heard nothing so I had to phone the hotel. I said, innocently, "have I got the right email address?", knowing that I had; then "well I've emailed twice and not had a reply". A message was duly passed to the correct person, her belated email reply to me began "I understand...." ............well of course you do, I've emailed you twice!

I selected my meal from the choices sent and replied. And heard - nothing. I phoned the hotel again a few days later and was told the events manager wasn't in that day but they took a message and asked to contact me. Again - nothing. Finally yesterday I phoned the hotel AGAIN and the person there was able to check the emails and confirmed that mine had been received.

This is a hotel in Cornwall, part of a large chain, and at this time of year I'd imagine the need all the business they can get.
23/01/19 grumpyoldwoman
79

I think since the advent of spam emails most people want to not waste time on something if it's not relevant. I was frustrated with recruitment agencies and employers not even phoning or replying so my email about a job vacancy they are trying to fill.

Surely any email regarding this is worthy of a polite thank you for applying but the vacancy is filled just a acknowledgement of your interest?

I check my email daily for job alerts from several well known online recruitment companies, delete mostly, I simply empty my inbox every week at least as most email I have are Facebook notification which I could read on Facebook.or scammers trying to get details so I delete.
23/01/19 ahforfoulkessake
77

I have to agree. I wanted some building work done a couple of years ago and I sent enquiries outlining the works and asking for a quote to four local builders using the e-mail addresses in their adverts. The work amounted to around £20K, so not exactly a small sum, yet I am still waiting for any response. I assume that local builders are so busy they can afford to turn away work, but surely a response saying 'sorry, can't do the work' would not be too much to expect?
I got the work done by approaching a local builder when I saw him working on a property around the corner.
23/01/19 Timelord
77

Fed up with junk mail from Hotmail and Yahoo

Why do people send these stupid viral chain emails?

Email about jobs that don't match my skills