The impending deal with the Chinese to build new nuclear plants in the UK is an extremely bad idea in my opinion and there seems to be a general tendency at the moment for David Cameron and his Conservative government to cosy up to China.  This too is a bad thing and you just have to ask anyone in the British steel industry who has just been told they will lose their jobs, because they'll agree with me on that one.

The bottom line is, despite what the government is telling everyone at the moment the Chinese aren't our friends and I don't think they ever really have been.  Rather they are our economic enemies at the moment and they are systematically dismantling this country, with the help of David Cameron and his cronies of course.  We're taking part in a huge global game of chess right now and to China the UK is just a pawn to be used as it manoeuvres into a more favourable striking position against a greater enemy.  Mr Cameron is to my mind a very weak man and it has been all too easy for China's leaders to convince him to give so much for a short term gain. 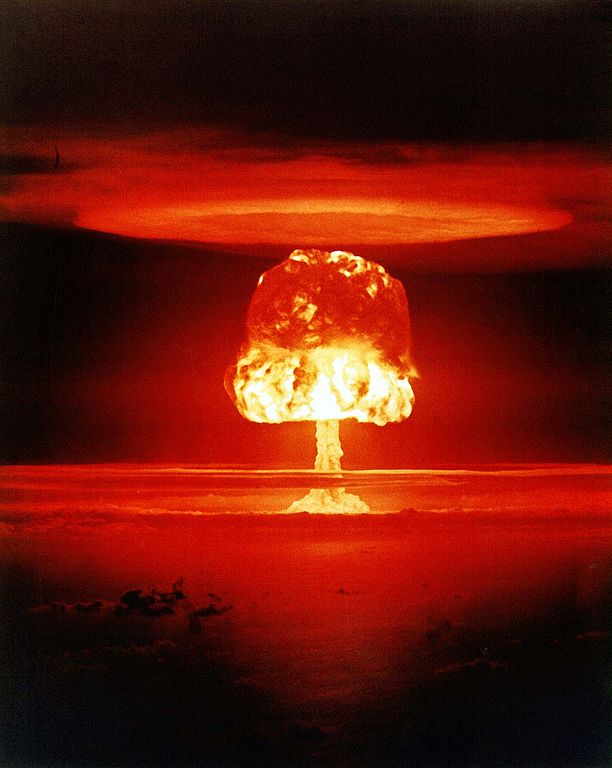 any child who's received a toy made in China...

Back to the building of Chinese nuclear power plants.  Why can't we just build them ourselves?  We already have enough expertise in this country and if not I'm sure more agreeable bed partners could be found for this kind of project.  I'm not against the idea of nuclear power, although there are alternatives.  I'm just worried about who we are getting involved with, and of course any child who's received a toy made in China can probably tell you what the build quality would be like.

Also, what kind of leader would allow their economic enemies (or any enemies for that matter) to have some level of control over the power infrastructure in their country?  If you ask me this is sheer lunacy.

I'll leave you with one final thought.  Imagine the power plants have been built and we have a serious falling out with China over something big.  Things are pretty tense in the world as it is.  What would happen if there was a major incident at one of these nuclear power stations?  Forget about China's human rights record and think more about Chinese cyber espionage.  Could we really trust their technology or are we setting ourselves up for some REAL fallout!  I hope none of this happens but right now I'm very worried about this deal and so should you be!

Couldn't find an appropriate title for this one but here goes. 190 countries sign a global earth warming accord to cut emissions. I think not. Mankind cannot change, it's not possible with this many people on this planet struggling for survival and supremacy . It may have been possible a few decades ago, but the point of no return has passed. There is no longer time enough to fully educate the masses to change their life styles and to live in harmony. The emphasis now seems to be "live now, don't care about tomorrow". My views are not driven from the dooms day scenario, but from the history of mankind's psyche. The next time you see a driver of a gas guzzling motor car ask if they are willing to help emissions by down sizing! I think you already know the answer.
12/12/15 Next
0

Glowing UK mentioned Chernobyl and Fukushima. I don't think the latter is a good example of what may happen here as we are not exactly at high risk of serious earthquakes; but Chernobyl is a good example. Some of the blame for that disaster may lie with faults in the initial construction which were apparently ignored.

Will the Chinese care as much about quality of design and construction as they would if they were building it in their own country?

Personally I think we should give up the idea and build them ourselves as the OP says.
21/11/15 grumpyoldwoman
1

Saw this in the independent. So true.

The Tories have admitted that Hinkley Point will cost customers £4.4bn in a subsidy to Chinese and French investors, which could rise to £20bn.

As a further sweetener (bribe) to China and France this Tory government has guaranteed EDF and the Chinese governments £22bn of UK taxpayer money as compensation should a future UK government shut down Hinkley Point earlier than expected.

The Tories claim it is reckless to spend £4.5bn supporting the poorest working families with tax credits, but prudent to force UK citizens to subsidize the French and Chinese governments to the tune of £4.4bn (possibly £20bn) and write a cheque out to EDF and China for £22bn as compensation (for being heavily subsidized...) should a future UK government decide that the UK taxpayer being ripped off is morally indefensible.

The Tories scapegoat British poor working families, and then plan to use the cash extorted to subsidize French and Chinese nationalization of our nuclear industry.
29/10/15 Steve P
2

These will be either the Areva EPR or the Westinghouse AP1000.

Westinghouse was British owned ( British Nuclear Fuels... BNFL) but sold to Toshiba in 2006

Fukushima disaster and Chernobyl disasters are all in the waiting, except 80% of UK will die of cancer in the event of such occasions. The Black Death could not otherwise be beaten.

60 years ago UK was the leader in nuclear technology. What happened to our own home grown skills? Mrs Thatcher?
26/10/15 Glowing UK
1

When we get our Chernobyl or Fukushima disaster England will become a wasteland. That's one way of driving property prices up, in Scotland, Wales and Ireland. Another thing, we will be able to get rid of street lighting because we will all glow in the dark.
25/10/15 GimmyChew
1