Many years ago, I passed my driving test at the second attempt.  I felt an unprecedented level of joy because this was it, my ticket to freedom.  I could finally look cool and drive around my babe magnet of a car turning heads on every street.  Unfortunately, this joy was short lived and it was all because of car insurance.  Like they said in the advertisement with Nigel Mansell (great to have Nige back by the way), British people simply can't haggle because we feel rude.

I found myself being conned into paying £1,200 for 3rd party cover and settling for a 1.2 litre Renault Clio which was the most dreadful thing you could imagine.  The gearbox was simply shocking, and refused to go into 1st of 2nd gear unless double clutched.  Rather than turning heads in a babe magnet, I was turning heads as people asked "who is that young idiot who can't drive and keeps crunching his gears?"

I have since learned the importance of haggling with insurers.  I don't want other young people having their dreams crushed like I did; you can get a better deal.  Youre not going to get insurance cheap because, frankly, your young and insurers stereotype people.  If you're under the age of 25 and a man, in the eyes of car insurance firms you're obviously going to be a demented boy racer who enjoys mowing down old ladies.  Even if you're a monk and spend hours on end in solitude contemplating religion and such, you are still stereotyped as a boy racing havoc-causing youth.  To you young people, I therefore pass on the following advice: 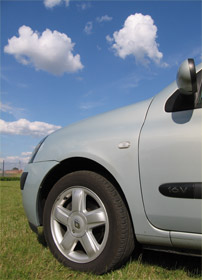 Shop around.  Ask as many different insurers as possible for a quote because their will be massive differences.  Some insurance companies simply don't want to take on young drivers and will therefore try to price you out.  Price comparison websites are useful for doing this and could save you hundreds.

Buy your car insurance online.  Insurance firms are quite happy to have reduced staff numbers as this saves them money.  So this is why they encourage people to shop online by offering them a saving on their car insurance, as they don't have to hire as many people when people shop online.

Buy a small car to begin with.  Don't get your hopes up.  Give up on the dream of the babe magnet.  Life's unfair and you better get used to it now.  The insurance on a Clio is cheap, but don't get one made before 2001 as the gearbox will shock you.  It is French after all.

Reduce your mileage.  Your insurer will ask you how many miles your going to be doing.  Try and keep it as low as possible, but don't exceed your stated amount as they will rub their hands together and refuse to cover you in the event of an accident.

In summary, life is a dreadful thing.  Don't get your hopes up and think that the car you're going to get is going to be an amazingly powerful motor that would put Nigel Mansell's Williams to shame.  It's probably going to be a Clio, which will make you look stupid, but that's okay.  You will build up no claims discount over the coming years which will reduce the price of your insurance and in a couple of years insurers will be offering you far cheaper deals and you can beat that Clio senseless with a branch after buying your brand new sporty motor.

Completely Agree on this, the cost is ridiculous, particularly for young people. I know of people being unable to drive after successfully passing their tests purely due to these ridiculously high insurance costs, some have even been unable to find a company willing to take them on. Its a disgrace to be honest.
05/05/13 John R.
-8

My insurers also increased my premium by £100, despite the extra NCD - so I used a price comparison website too and signed up with the same company for less than the previous year. I declined to renew and got a letter from them saying how sad they were that I had decided to leave them. I still don't think they've worked out yet that I'm still a customer. Apparently, insurance companies offer special deals to tempt new customers into signing up with them, whereas existing customers are offered an increase in premiums.
21/09/12 Alf Red
-9

Can anyone give me an explanation about how insurers of cars come to the quotes they offer? I have just received my renewal quote. All information was the same as last year. It is £100 more than they charged last year. I went on a comparison web site and the same company quoted £60 less. The company is underwritten by yet another insurance provider, who on the comparison site gave a quote &pound;150 less than the first company's quote.

When I phoned the original company to decline their offer, and explained why, did they offer a reason, no they did not. 'Sorry we cannot improve the quote', no explanation, and obviously don't care that you are going to cancel.

I have a couple of theories; they rely on people not checking and automatically renewing thus abusing a trust, there is such competition and we are all changing company on an annual basis that it is not worth engendering loyalty. beyond these simplistic reasons I am at a loss.

anon, You would not be so critical of us if you knew how annoying it is when one of you little plebs get in the way of my ferrari enzo in the outside lane of my motorway.
16/03/11 Big fat greasy banker man
-3

big fat greasey banker man - bankers should be hanged along with their fat bonuses.
12/03/11 anon
-17

Car insurance should be quadrupled so more of you little people are forced off the roads and out of my way.
29/12/10 big fat greasey banker man
-13

All of the population complain indirectly to the government. Websites are the only places that have complaints posted.

Instead, the lovely people of this country just bend over, allow the Government to have their way. Then make a fuss to the person next to them.
21/12/10 Chris.
-20

As we are suppose to have an Insurance by law. Than I feel the premium should be controlled by law. We are being ripped off and screwed on every turn, no one seams to have the balls to raise issues.
21/12/10 shak
-14

Nothing has changed, young drivers have always been penalised for their inexperience. Remember, it's not your skill level or lightning fast reflexes that's the major factor, it's your ability to make all the right decisions. It's all very well someone saying "I can hit the brakes in 0.5 secs", but an experienced driver would probably not have to brake as they would have anticipated a potential problem and slowed down. The insurance for my first car was more than the car was worth, but I saved up - then I couldn't afford petrol at times - life's tough.
Anyway, I hope you find something at a good price,
20/12/10 Alf Red
-15

Sing along now people.....do something about the cost of motoring in the UK where you are being ripped off, somebody do a youtube video or something and it will get on TV
16/12/10 singitlikeitis
0

Gimme all your money.....all your tax and duties too......gonna make it dearer until a cars too dear for you....think you'll get insurance but you'll just be buyin more shoes...I'm gonna tax your banger off the road....and make you pay for cheap insuarance for the ladies too....oo ooh yeah get down lol haha ha..woo
16/12/10 singitlikeitis
-11

The trouble with insurance is that the financial and statistical basis on which premiums are calculated, risk assessed are just simply not available to the public. How can the public be expected to know whether or not a particular insurance is good value for money, in these circumstances?

The risk assessment calculation should be made part of the policy, printed on it. And the assumptions included in it should be challengeable.
14/11/10 Insurance Companies are Crooks
-30

I wouldn't be supprised if these companies had a cartell system in place where they all agree to charge over a certain rate so that they can make even bigger profits. this is how buissness works. alot of it is underhand.
25/10/10 mardi gras the candyman can
-17

mardi gras, like the fact that you have simply repeated yourself rather than answer the arguments that your first comment threw up. Why doesn't one company cheapen insurance and mop up???? If the profits are so disproportinately high why doesn't one company come in cheaper and make a very healthy killing.
Do insurance companies make billions from car insurance? Based upon what? Where diid you find this fact? I have also seen many many car insurance campaigns and not one claims to be a public service provider.
25/10/10 canyman cannot
1