I'm of an age where I remember a standing joke about 'Mini Metro drivers wearing hats', meaning that such people were the bane of the sensible drivers' lives, driving at 30mph in the centre lane of the motorway, taking several minutes to park in a supermarket space and stopping suddenly on busy roads in the lead up to Christmas, for no other reason than to let somone out at a junction.

Recent events have set me thinking that this and other stereotypes haven't gone away.

Either I am imagining things or Renault Modus and Nissan Micra owners have difficulty attaining more than 30 mph on any road.  White van man continues his callous disregard and destruction unabated.  BMW owners continue to look down at others and feel generally superior.  Artic lorry drivers have a lemming-like desire to pull into the middle lane and try to overtake a slower lorry for several miles.  Mercedes drivers indicate to overtake in front of you but then take twenty minutes to complete the task.  4WD drivers don't seem to realise that they can't brake any better than the rest of us.  And there's loads of other car driver stereotypes... of that I am sure! 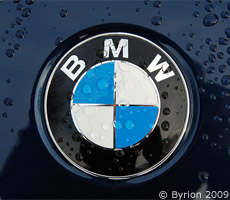 To all of you folk out there driving these vehicles, have you ever considered redeeming your reputation and amending your behaviour and driving with consideration for others?

Then there's the driving test iself.  First of all, you hear stories in the papers and TV about so and so who passed their driving test on the twentieth attempt etc.  Why is that person allowed to drive at all?  They have still not proved that they are a competent driver.  All they have shown is that they can drive competently one time in twenty and in my view they cannot be allowed to drive until they have passed the test more times than they have failed it!

Secondly, this business of stopping distances.  It's all very well if you can repeat, parrot fashion, the number of feet it takes to stop at whatever miles per hour.  What good is that if that person has no conception of how far 100ft or whatever is?  They don't ask that do they?

If he's going to earn more than me he would have to get a proper job first, 'Social media consultant/careers adviser' doesn't count, he couldn't do any of my previous jobs as he isn't physically capable and he couldn't do what I do now as he doesn't have the relevant qualifications or experience, if we're talking about cars I might be something like a Volvo or the older Granada scorpio (I had one of those a few years back, gaz guzzler but so easy to drive he could probably learn eventually), solid, dependable, reliable, even boring if you want to say it but capable of getting the job done and trustworthy, he would be one of those Â£50 Ford Zephyrs or Zodiacs you used to see in the Auto trader about 1992 the kind of rust buckets that were only fit for stock car racing that were sold in dodgy garages around West Yorkshire, his current drive is the routemaster with the bendy elastic resistance band in the middle, poor lad having to stand about at bus stops must be quite tiresome, I'd give him a lift but I don't want him ruining the upholstery he doesn't even live in a proper house so obviously he has zero class, he's the burned out Datsun cherry sporting a dashboard crammed with crisp bags, no tax, MOT or insurance, mixed 1970's radials and crossplys, doors that won't lock but then again who would steal such a heap of scrapyard rejected bean tins which only moves if a phillips screwdriver is rammed into the ignition before slumping to a halt before needing a push approximately 10 metres later of Shepherd's Bush, I'm sure you get my drift anyway I'll stay awake and catch you next week our kid, happy motoring or in clinty boy's case not.
07/03/14 Tired and emotional
0

Our Clinty may be pushing the Big Four Oh, but he still knows how to rock and roll baby. His ride? A gleaming Ford mondeo 1.8 zetec 2004, fully loaded. No timewasters.
07/03/14 marmalade
0

Sorry to keep on Tired, but, If Clint could drive I'd bet he'd be a much better driver than you. What's more, I think he would be able to earn more than you, so he could drive a better car than you, What you think buddy.
07/03/14 Anon
0

Tired, When you were young did you have an imaginary friend, and was it's name Clint by any chance?
07/03/14 Anon
0

Nearly 38 I believe, he was asking for female penfriends at one time due to a lonely mailbox, should we pay for him to have driving lessons with the promise of a skoda or some other junk if he passes?
07/03/14 Tired and emotional
0

Well I admit I do turn the wireless on in the car occasionally to listen to the light programme, is Clinty really 40? gosh where does the time go, it's scary!
07/03/14 marmalade
0

Go on Marmalade admit it, you're one of those that fitted a dustbin lid size exhaust pipe and you've got tinnitus from listening to all that full volume stereo player. Only joking mate. There's nothing wrong with what you are saying about learning, but it all goes t*ts up when these youngsters start messing with the suspension and brakes and pushing the car beyond the design limit. That's when the police have to break the bad news to Mum and Dad.
07/03/14 Laff
0

It's even sadder when my ol' mucker Clinty babes hasn't even passed his driving test even though he's pushing 40 and thinks he's a success despite living in a housing benefit funded rented flat and relying on the bus or tube. Sorry about that dig but it was too good to resist. Jeremy Clarkson might be a prat but he's not a bad driver I'll give him that, probably nowhere near as good as me but not many people are.
07/03/14 Tired and emotional
0

I don't see anything wrong with a youngster buying an old car and doing it up. It does them good to have a hobby, and they can learn a bit about engines in general. It is a bit sad when you see a middle-aged bloke doing that though!
07/03/14 marmalade
0

@Laff, Brilliant post I have never been impressed by any of that bling I even stopped watching 'Top Gear' when it stopped being about cars and became about middle class prats trying to be 'lads' (David Baddiel can't do it neither can the buffoon Clarkson and his 'laugh at the in jokes' sidekicks who probably hate him anyway), I remember years ago when people used to buy a ford sierra and display a giant sticker saying SIERRA in the rear window, what is it about Sierras? Years ago Jimmy Nail made the Sierra cosworth look impressive in 'Spender' which prompted people to buy godawful kit car replicas which looked about as realistic as an airfix model and fitted a giant exhaust to try and fool people, I've never had an accident or made an insurance claim one reason being I steer well clear of these berks.
07/03/14 Tired and emotional
0

You've just got to love these thickos that buy a Â£500 (or less) car and then spend Â£1000's on big exhaust tail trims, blue headlights (which keep blowing), big loud boom-boom stereos, stick-on black window film, and then take all their mates out for a ride and roll it. Classic Wot.
07/03/14 Laff,I nearly pizz myself.
0

Now Eric P dont be nasty, What I am trying to get to the bottom is, I was cut up on the M62. My passenger pointed out that the offending driver was masked up. I just want to know the legal position.
23/01/11 Boblet
5

PC. I think it is a chauvenist thing, I believe they are only worn by women, but there is nothing to stop a man wearing one. or indeed those folk riding girls & boys bikes. Some have a narrow slit to see through but others do not, they drive with both. By definition those people wearing a mask when driving must have their vision impaired. My question is can they take the British driving test wearing such a mask?
23/01/11 Boblet
-3